Weaving culinary delights with an honest, appraising look at how we deal with the world when it becomes too much, Closer to Okay is the comfort food we all need in these, well, crazy times.

Kyle Davies is doing fine. She has her routine, after all, ingrained in her from years of working as a baker: wake up, make breakfast, prep the dough, make lunch, work the dough, make dinner, bake dessert, go to bed. Wash, rinse, repeat. It’s a good routine. Comforting. Almost enough to help her forget the scars on her wrist, still healing from when she slit it a few weeks ago; that she lost her job at the bakery when she checked herself in as an inpatient at Hope House; then signed away all decisions about her life, medical care, and wellbeing to Dr. Booth (who may or may not be a hack). So, yeah, Kyle’s doing just fine.

Except that a new item’s been added to her daily to-do list recently: stare out her window at the coffee shop (named, well…The Coffee Shop) across the street, and its hot owner, Jackson. It’s healthy to have eye candy when you’re locked in the psych ward, right? Something low risk to keep yourself distracted. So when Dr. Booth allows Kyle to leave the facility–two hours a day to go wherever she wants–she decides to up the stakes a little more. Why not visit? Why not see what Jackson’s like in person?

Turns out that Jackson’s a jerk with a heart of gold, a deadly combination that Kyle finds herself drawn to more than she should be. (Aren’t we all?) At a time when Dr. Booth delivers near-constant warnings about the dangers of romantic entanglements, Kyle is pulled further and further into Jackson’s orbit. At first, the feeling of being truly taken care of is bliss, like floating on a wave. But at a time when Kyle is barely managing her own problems, she finds herself suddenly thrown into the deep end of someone else’s. Dr. Booth may have been right after all: falling in love may be the thing that sends Kyle into a backslide she might never be able to crawl out of. Is Jackson too much for her to handle? Does love come at the cost of sanity? 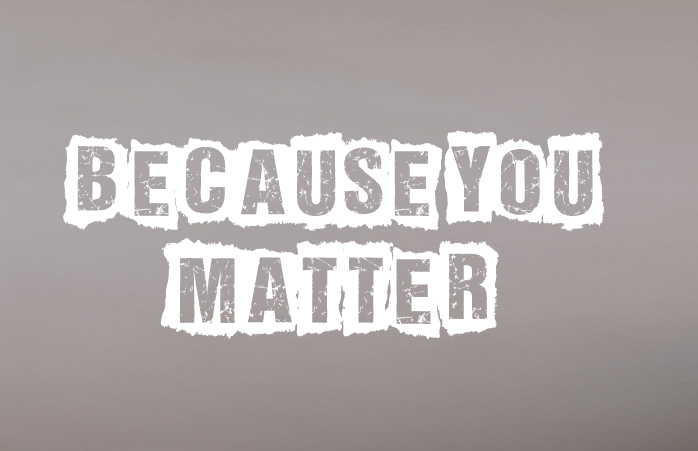 Closer to Okay tore me up. I cried so many times that I thought I would have to go to the store for more Kleenex. I choked up when Kyle threw her arms around Jackson because she desperately needed a hug. I wanted to hug her at that moment, and I am not a hugger.

When Kyle confided about her mother to Jackson, I again felt the urge to hug her. Kyle seemed so broken and, at times, almost came across as a lost child – not a struggling adult.

When Jackson showed us his vulnerable side, my heart began to ache for him. I felt terrible for him when he begged Kyle for help, and she turned him down. I shed a tear when he first hugged her and wrote that beautiful letter.

Closer to Okay does contain subject matter that might be difficult for some people to read. Trigger warning: suicide attempt, suicide, anxiety, depression, anorexia, panic attacks, etc. If these areas are difficult for you to read, I suggest not reading this book. If you suffer from mental disorders and feel like you can handle these topics, I encourage you to give this book a chance. I suffer from many issues and will admit this book was hard for me to read, BUT I’m glad I didn’t give up on it. Kyle and Jackson are beautifully broken people who bring out the best in each other.

I don’t feel like the end is the end of their story. At least, I hope there’s a sequel in the works.

Amy Watson is a native of Little Rock, Arkansas. A wife, a mother to two boys, and a full-time office manager. In her spare time, she enjoys reading, baking, drinking coffee, knitting, and watching football.

When a costly mistake ends Malorie Montgomery’s career, she returns to Cape Cod in search of a fresh start. But her plans for a new–and quiet–life are quickly derailed when she makes a grisly discovery in the woods, and her screams bring the one person from her past she’d hoped to avoid. Dean Slater, the ex-boyfriend who broke her heart in high school, now lives in the beachfront community that was supposed to be her haven…and he’s just as hot as he was six years ago.

With his rough background, Dean always knew he wasn’t good enough for the kind, intelligent beauty who claimed his heart, but somehow he’d believed their love was strong enough to survive anything–until the tragic night she turned her back on him when he needed her trust the most. Despite their painful history, Dean can’t resist the instinct to protect her, especially when it becomes apparent there’s a killer in their town.

Their former chemistry soon reignites, but Malorie has long accepted that her dark family secret has destined her to a life alone. And when she uncovers evidence that makes her the killer’s target, a deadly confrontation threatens to destroy any possibility of a second chance. 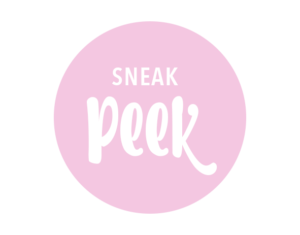 He took a step closer, eliminating the small distance between them. “I wasn’t about to let him hurt you.” He paused, his strained expression revealing an internal struggle. Clenching his jaw, he closed his eyes for a moment. When he opened them, their green depths flashed with something like defiance, and he cursed under his breath. “The thing is,” he finally continued, his tone rough with barely harnessed emotion, “I still feel…protective of you. I want to keep you safe.”

Her lungs stopped working. Alarm bells jangled in a distant part of her mind as he leaned over her. This was dangerous. She was dangerous. Swallowing past the knot in her throat, she forced the words out. “You don’t need to feel that way.”

His hands gripped her shoulders, setting her skin on fire. He lowered his head, bringing his lips inches from hers. “I don’t think I can control it.”

She couldn’t move. She simply didn’t have the willpower—or the desire—to stop this from happening. Every cell in her body was clamoring with need for him; it was a force of its own. All coherent thought fled as the moment stretched out in an agonizing slide toward the inevitable. 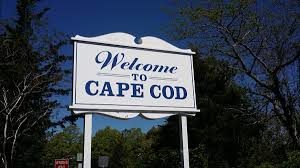 Dangerous Currents began with the discovery of a young, dead woman. Malorie was only back in Cape Cod for 14 hours when her and her dog, Brady, stumbled upon the gruesome finding. It was a startling encounter and so was the following moment when her ex-love, Dean, came running when he heard her scream. Talk about a bad day.

Dean, the ex who stole Malorie’s heart as a teenager, came to her rescue a few times in this story. He was there for her when it mattered most and she didn’t let him push her away when his world came crashing down around him.

For the most part, this story was an okay read. I only wish two things.

Even though much time wasn’t really spent on this mentally ill man, I did appreciate the fact mental illness was addressed in this story.  Mental illness isn’t discussed enough in our society and it should be.

Mal’s mom suffered from paranoid schizophrenia. Mal was concerned she would develop symptoms soon. It’s why she shied away from Dean. She didn’t want to burden him with the illness. She had no intention of having children because she stated there’s a 12% chance a child would develop schizophrenia if a parent is affected with it. These are fears many individuals face on a daily basis.

Kathryn Knight pointed out another truth about mental illness. People with mental illness want love, to be loved, but they don’t want to sidle people with the negative aspects of their illness.

For addressing this real issue many people battle, I thank you. We need more people talking about mental illness. Everyone deserves a happily ever after like Malorie.

Kathryn Knight spends a great deal of time in her fictional world, where mundane chores don’t exist and daily life involves steamy romance, dangerous secrets, and spooky suspense. Her novels are award-winning #1 Amazon and Barnes & Noble Bestsellers and RomCon Reader-Rated picks. When she’s not reading or writing, Kathryn spends her time catching up on those mundane chores, driving kids around, and teaching fitness classes. She lives on beautiful Cape Cod with her husband, their two sons, and a number of rescued pets.