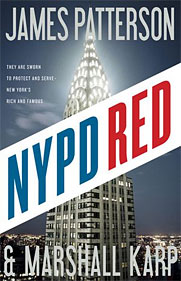 It’s the start of Hollywood on Hudson, and New York City is swept up in the glamour. Every night, the red carpet rolls out for movie stars arriving at premieres in limos; the most exclusive restaurants close for private parties for wealthy producers and preeminent directors; and thousands of fans gather with the paparazzi, hoping to catch a glimpse of the most famous and beautiful faces in the world. With this many celebrities in town, special task force NYPD Red is on high alert-and they can’t afford to make a single mistake.

Then a world-renowned producer fatally collapses at his power breakfast, and top NYPD Red Detective Zach Jordan is the first one on the scene. Zach works with his beautiful new partner, Detective Kylie MacDonald-who also happens to be his ex-girlfriend-to discover who the murderer might be. But this is only the beginning: the most brutal, public, and horrifyingly spectacular crimes they’ve ever encountered are about to send all of New York into chaos, putting NYPD Red on the ropes.

Zach and Kylie know there’s no way of telling what a killer this deranged will do next. With the whole world watching, they have to find a way to stop a psychopath who has scripted his finale down to the last explosive detail. With larger-than-life action, relentless speed, and white-knuckle twists, NYPD Red is the next mega-blockbuster from “The Man Who Can’t Miss.” (TIME)

It’s a rarity when I don’t love every bit of a James Patterson story. Unfortunately, this is one of those times I wasn’t 100% thrilled with the read. Unlike his other stories, this one was slow out of the gate and stayed in turtle mode for almost the entire 300+ pages. I will give him props on one scene – the final death scene. I’ve never seen it done before in print, television, or on the big screen. I wonder how soon before I do. 🙂
Heart rating system – 1 (lowest) and 5 (highest)
Score: ❤❤❤ 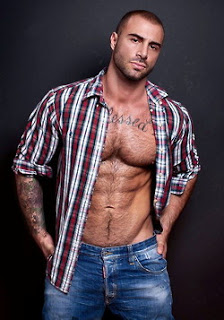