We wish you a very Naughty Christmas! 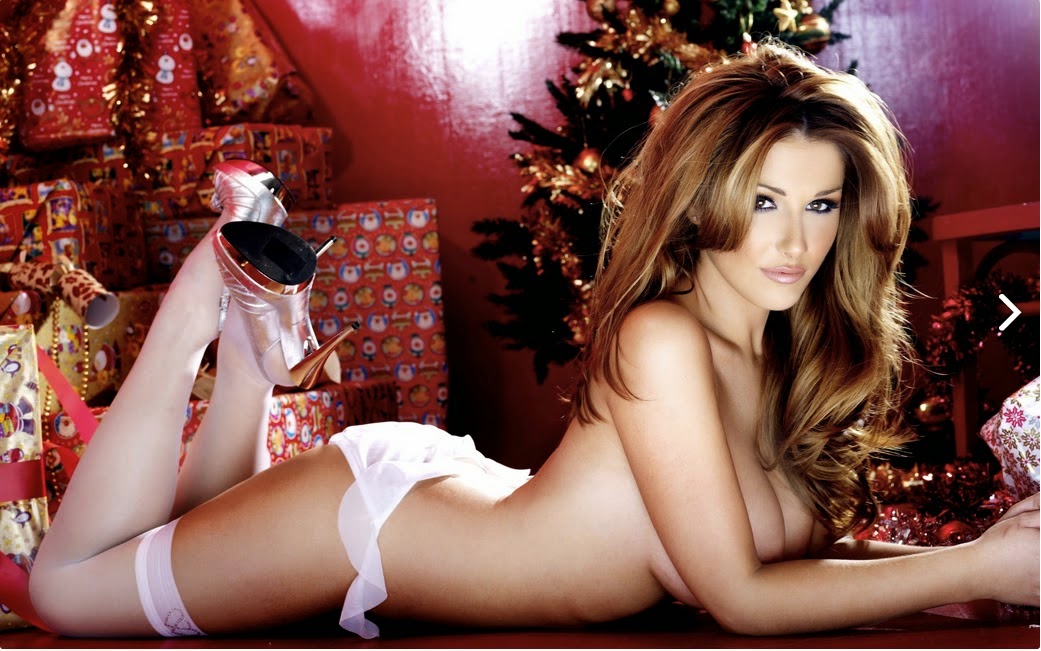 Resort developer Madison Lane is about to lose the one thing she loves most in the world—her job. Dubbed “The Grinch Who Killed Christmas,” Madison spoiled a deal that would turn quaint Christmas, Colorado, into a tourist’s winter wonderland. Now the citizens want her fired but the company gives her one last chance, sending Madison to the small town to restore the holiday cheer.

For Sheriff Gage McBride, no hotshot executive from New York City is going to destroy the dreams of the people he loves. But one look at this beautiful woman and it’s his heart that may be broken. In just a few days, Madison causes more trouble than he’s had to deal with all year. He can’t decide if she’s naughty or nice, but one thing is for certain—Christmas will never be the same again…

REVIEW
Having grown up in a small town myself, I can relate to life in Christmas, Colorado. It’s a blessing and a curse how everyone knows everyone and their business. However, I also know how special it is to have a small group of people as your support team. People who have your back in the good times and bad.
This story depicted life in a small town remarkably well. Of course, there were some differences to my time in one. I never had to deal with a resort attempting to move in or a desperate man willing to do anything to cover his debts. Yeah, my town was simply happy to have one gas station/movie rental/deli.
But friends treating friends like family? She nailed that on the head. Good job!
Heart Rating System – 1 (lowest) and 5 (highest)
Score:❤❤❤❤

Grace Flaherty had given up hope of ever seeing her husband again. After all, it’d been over a year since he went missing in combat. So when he strides through the door of her bakery in downtown Christmas one sunny afternoon, she can hardly believe her eyes. But her happily-ever-after is going to take some effort – because Jack has no memory of his family.

All Jack Flaherty remembers about Christmas is that he couldn’t wait to leave town. Now he’s a local hero with a wife and son he doesn’t know. Even as he struggles to rekindle the romance with his wife, he knows in his heart what he wants: a second chance at love.

Review
Damn, I can’t fathom what Grace and Jack had to deal with. A husband, who returns after being a POW for seventh months, would be enough for any man or woman to handle.
Wait, there’s more……
Jack returned without his memories of his wife and child. On top of that, while he was being held captive, he got too close to another POW — a female journalist, Maria.
Once he came home and found out he was married with a toddler, he tried to break it off with Maria – the journalist. However, she didn’t get the hint knowing very well why they couldn’t be together.
After his memory returned, things still weren’t kosher between him and his wife. They both changed.
Things were definitely tense at the homestead.
He didn’t want to live in Christmas, Colorado. He wanted no part of the bakery his wife was running. He also didn’t know how to reach Jack Jr. The little rascal wasn’t a fan of his dad. In fact, he was calling Sawyer his “da” since Sawyer, Jack’s best friend, had been there for Grace and little Jack while big Jack redeployed and was lost to his family for almost two years.
Yeah, Sawyer fell in love with Grace. Maria fell in love with Jack.
See what I mean, their life was one ginormous clusterfuck.
And that’s why this story was a good tale. There was always something happening and the lull parts were few and far between.
Heart Rating System – 1 (lowest) and 5 (highest)
Score:❤❤❤❤

Free-spirited activist Skylar Davis is out of money and out of options. After using up her trust fund trying to save the world, she hides out in Christmas, hoping the kindness of friends will help her forget the reckless actions of her past. All goes well . . . until she comes face-to-face with one of her mistakes: the town’s gorgeous young mayor.

Ethan O’Connor likes his life drama-free and predictable now that he’s about to make the move from small-town politics to the Colorado State Senate. Then Skye blows back into town, as impulsive and passionate as he remembers. If word ever got out about their night together-the night he’s never been able to forget-the scandal could cripple his career. Yet as he starts his campaign, Ethan finds that, like the town of Christmas itself, he can’t get Skye out of his head . . . or his heart.

Review
The last thing Ethan, a politician  needed in his life was an Environmental Activist. Skylar was a complication he didn’t need while running for a Senate position. However, despite her differing views, vegan lifestyle, checkered past, he still fell in love with her. And Skylar fell in love with him just as hard.
Like many romantic tales, they had obstacles to overcome before they achieved their HEA. Their biggest obstacle was themselves. They didn’t communicate and without the assist from some good-hearted, but meddlesome friends/family, I don’t think they would have gotten past themselves long enough to admit they were wrong and start anew.
Moral of the story —- To have a long, happy relationship YOU must keep the lines of communication open with your partner. Keeping things bottled up only causes problems and unnecessary heartache.
Heart Rating System – 1 (lowest) and 5 (highest)
Score:❤❤❤❤

Superstar hockey player Patrick “Trick” Niemeyer and dancer Stella Slovinski have picked up where they left off a year ago, resuming their hot, uncomplicated affair. Stella refuses to call it dating, or a relationship. But lately, Trick is looking for more…

Stella’s been burned before—in a relationship she never talks about—not with her family, not with her friends, and definitely not with Trick. But now it’s the holiday season and Trick is determined to give Stella his heart wrapped up in a bow. He knows Stella is the right woman for him, but he’ll have to melt the ice surrounding her heart to keep her from walking away.

Review
I’m sure fans will love the coupling of Stella and Trick. She’s a commitment phobic dancer with trust issues when it comes to men. In a nutshell, she doesn’t do relationships due to a very bad break-up years ago. However the determined hockey player, Trick, is not letting her slip through his fingers again. They drifted ways after being FWB but once they run into each other again, he wants more and after a misunderstanding, he gets his woman. FINALLY!
Short, sweet and to the point? Nah, not really. I mean, yeah, it has some sweet moments but the sexy ones far outweigh the mushy parts.
Heart rating system – 1 (lowest) and 5 (highest)
Score: ❤❤❤❤

. . . only to get pepper sprayed by the delicious- looking stranger who’s taken over his house. She says her name is Jane, and she immediately sets down ground rules. Top priority: no touching. For Hutch that isn’t easy—he was wounded in action, but one part is still working very well.

Then Hutch learns the truth. Jane harbors a frightening secret—she’s really Meredith Sommers, on the run from a dangerous ex-husband and desperately in need of the safety Hutch can provide. In that moment, he vows he’d do anything in his power to protect her. And as Christmas approaches, they discover that their love can conquer the past and overcome any obstacle—but what price will they pay?

Review
If you are looking for a story full of miracles, then this is the story for you. Hutch came back into town a broken man, both physically and mentally, but with the love of a good woman he overcame the trauma.
Jane aka Meredith, also had some demons to vanquish. Her demon came back into her life and in a major way. She literally had the fight of a lifetime on her hands and through it all was Hutch.
As for Hutch’s sister who disappeared shortly after the start of the book. I won’t tell you what happened to her but I will say she makes an impact upon her return.
And of course, as you can assume with most Christmas tales, there was a happy ending for Hutch and Meredith.
Heart rating system – 1 (lowest) and 5 (highest)
Score: ❤❤❤❤
PURCHASE LINKS: Kindle / Paperback