A Perfect Storm, What Chris Wants, & Bare It All by Lori Foster (Multi-Book Review)

Spencer Lark already knows too many secrets about Arizona Storm, including the nightmare she survived and her resulting trust issues. But in order to expose a smuggling ring—and continue avenging his own tragic past—the bounty hunter reluctantly agrees to make Arizona a decoy. Yet nothing has equipped him for her hypnotic blend of fragility and bravery, or for the protective instincts she stirs in him.

Arizona wants to reclaim her life, which means acting as bait to lure the enemy into a trap. Sure it’s dangerous, especially with a partner as distractingly appealing as Spencer. But as their plan—and their chemistry—shifts into high gear, Arizona may discover there’s an even greater risk in surrendering her heart to a hero….

Review
I love stories featuring strong women and Lori blended Arizona’s strong and vulnerable moments beautifully.
As for Spencer, it takes an equally strong man to swallow his dominant side and let a woman take charge – personally and professionally.
And after reading this installment, you will see he thoroughly enjoyed giving up control in the bedroom. Out of the bedroom, he is definitely learning to adjust and for that, he has earned my respect as a character.
For the villain, I think you’ll be surprised the twist Lori threw at us. He’s not just crazy….he’s white coat crazy. 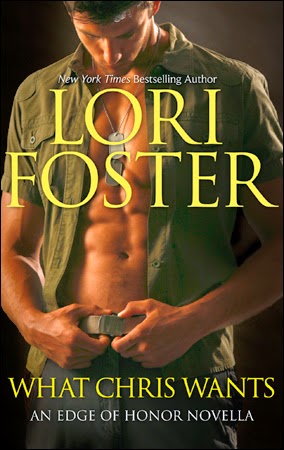 When the going gets tough, the tough turn to Chris Chapey. As the right-hand man to a group of take-no-prisoners mercenaries, Chris can organize a top secret rescue mission with his eyes closed. But when it comes to his personal life, Chris is the one who needs a little help.
His problem: Matt Houser. Chris can’t deny his attraction to Matt, but Matt has no idea what Chris’s job really entails and how much it means to him. Matt challenges Chris to change his life—and make a place for him in it. Can Chris risk telling him the truth?

Review
I’ve been waiting for Chris and Matt to finally get together and my only regret, their story was WAY TOO SHORT!
Now, it did have sweet moments but I wanted more sexy moments. They only shared a couple smooches. Compared to the love fests in the other stories, I felt a bit let down.
Heart rating system – 1 (lowest) and 5 (highest)
Score: ❤❤❤1/2 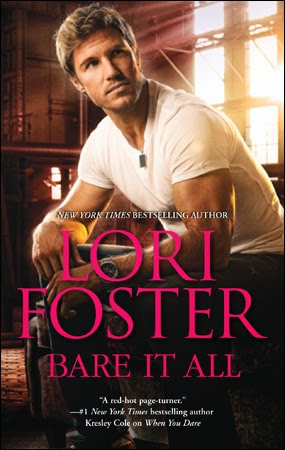 As the person responsible for taking down a brutal human trafficker, Alice Appleton fears retaliation at every turn. No one knows about her past, which is exactly how she prefers it…until the sexy cop next door comes knocking.
Detective Reese Bareden thinks he knows what makes women tick, but his ever-elusive neighbor keeps him guessing like no other. Is his goal to unmask Alice’s secrets? Or protect her from a dangerous new threat? One thing is certain: their chemistry is a time bomb waiting to explode. And with no one to trust but each other, Reese and Alice are soon drawn into a deadly maze of corruption, intrigue and desire-and into the line of fire….

Review
Yes folks, “Bare It All” marked the end of the Men Who Walk the Edge of Honor series (for now). At least, I hope it’s for now. I really want this series to continue.
Why?
Well, the answer is simple. Lori mixed heat and suspense masterfully. It kept me engaged and had me flying through the pages.
Alice from “Trace of Fever” is the main female star in this series.
FYI – Trace made quite an entrance in this story. Love him!

Oh, I also adore Rowdy and Dash. No doubt about it – I am definitely buying the Love Undercover series ASAP!