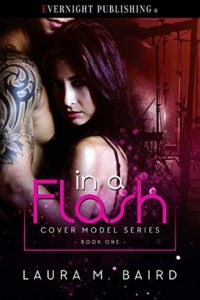 Audri’s a photographer’s assistant, and she secretly fantasizes about Carson, the sexy cover model they’re working with. She never expects him to feel the same way. When an impromptu photo shoot puts them in each other’s arms, they’ll learn that life can change in a flash. But with obstacles thrown in their way, like a vengeful ex and pain from the past, can they find a way to break through their barriers in order to win one another’s hearts? 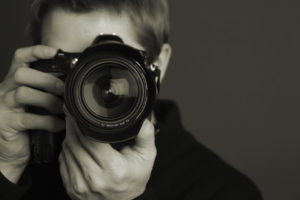 “Audri, same as before,” Jesse called out while fussing with the lighting. “Carson, against the desk, Audri, step up to him.”

Audri turned away from Carson, growing more uncomfortable by the second. “Jesse, is this really necessary? Get Tasha in here to do the job. That’s why she’s here.” She was ready to be done. Truth be told, she was afraid of sweating bullets and embarrassing herself.

Just as she was about to walk away, Carson spoke, causing her to whip her head back around and stare at him.

“C’mon, cupcake, I know you’re ready for this.”

Calling out that nickname would normally piss her off, but his wicked grin and the low rumble of his voice only caused her belly to tumble with delight. As he rested casually against the desk, ankles crossed and hands folded together in front of him, his grin changed into a seductive invitation. He seemed to be daring her, challenging her to indeed step up and finish this session with him. Never one to back down from a challenge, she summoned her courage and gave him a saucy smile.

She raked her gaze over his torso where his white dress shirt protested across his impressive chest and wide shoulders, pushing the limits of how far the material could be stretched. Her fingers itched to smooth out the creases, or better yet, undo every last button and free him from the garment. Oh, to have her hands on his glorious skin. She had to clench her fists at her sides as she took a fortifying breath to center herself.

Audri’s gaze ventured back to his eyes as she slowly sauntered toward him, over-emphasizing the sway in her hips. She never broke eye contact and was pleased to see a flash of shock register on his face. What she witnessed next nearly had her tripping in her heals.

Was that desire on his face? Desire? Impossible!

Audri’s pulse raced as she watched his eyes question, almost begging, pleading for her to come to him. He sat up straighter as he uncrossed his legs, planting his feet on the ground while his hands gripped the edge of the desk. Her careful steps led her closer and closer as she tried to push aside the uncertainty of her actions. She wanted him to see she wasn’t intimidated by him—no matter how much she really was intimidated by him.

All else around her faded away as Audri focused on Carson, feeling like David facing off with Goliath. Even with him in his seated position, his imposing form still seemed to tower over her. She tried not to let that bother her in the least as she stepped right up between his legs, bringing her body within inches of his. Still keeping his gaze, she was rewarded with another hint of surprise before his stare smoldered. Audri swore she could feel the heat radiating off his body, and suddenly she didn’t miss her sweater so much.

She boldly reached out to place her hands behind Carson’s head, her nails lightly scraping his neck, wishing she could release the strands of his lush hair from its confines. She could’ve sworn she felt a shudder roll through him as he closed his eyes and released a shaky breath. When he opened his eyes and smiled, sweet and warm, the heat she now felt threatened to melt her into a puddle of goo.

Ever so slowly, as if not to spook her, Carson brought an arm around her waist while his other hand slowly trailed across her outer arm and down her side. His fingers danced tenderly across her exposed flesh, his touch eliciting tiny shivers as it simultaneously fired her up. The arm snuggling her waist felt like a branding iron, leaving its mark of unrelenting fiery heat. Her entire body began to burn as he pulled her impossibly closer, his powerful thighs encasing her hips and the smooth silk of his shirt grazing her exposed cleavage.

As their breaths increased, mingled, Audri was certain she could hear the frantic beat of their hearts pounding in sync. She splayed her fingers around Carson’s neck, kneading his flesh, feeling the tense muscles slowly relaxing beneath her touch. Focusing on the steady caress of his hands on her back, she couldn’t look away from the softness in his eyes.

She licked her lips, suddenly parched, wishing she could steal the moisture from his mouth with a kiss. And when his gaze shifted to her lips then back to her eyes, maybe he thought the same as he mimicked her move, swiping his tongue across his plump lower lip.

Audri disguised her groan with a remark she knew sounded much too needy.

“Are you ready for this?” 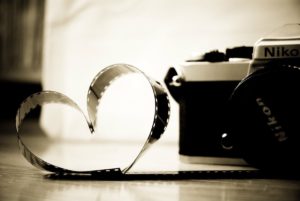 (review request submitted by the author for an honest critique)
Laura created a great cast of characters, beautiful on the inside and outside.

Audri was a photographer’s assistant by day but, in her free time, she was also a painter. She donated time and money to Seattle Children’s Hospital. She gifted the children there paintings of themselves as their favorite character. It’s a brilliant and sweet gesture that surely raised the spirits of the sick children and their families. Carson, book cover model, volunteered at the Treehouse. It was an organization that helped foster children achieve academic success.

Anyone who helps children, any one who pays it forward period, already has a special place in my heart. This book will be memorable for me and for others as well because it was more than just two sexy people finding comfort in each other’s arms.

Both In a Flash characters and storyline had substance. Yes, there were some passionate love scenes but there was also suspense and a variety of emotions felt by both genders alike.

So many characters to love… I can’t wait to read book 2 because I just know Laura will write another story that will be just as good or even better — especially if more characters pop up covered in tattoos. I just love tattoos. 😉

I highly recommend this book! 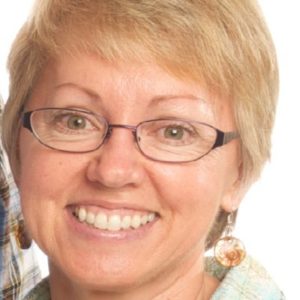 Wife, mother, former U. S. Army, and dental hygienist, I can now add published author to the list. I’m slowly transitioning out of hygiene, hoping to make writing a full-time endeavor. After writing for many years, my publishing dreams came true in August of 2017 with the release of my debut contemporary romance, “Keyed Up”. Since then, I’ve had the fortune to work with several publishers, and as of June 4th, my eighth title was released. Hopefully many more are on the way!

I strive to write stories I can be proud of and enjoyed by many; ones that are not only sexy and fun, but thoughtful as well.

I grew up on the East Coast and now reside on the West Coast, having lived in FL, GA, SC, MA, ID, and WA. Hubby and I hope to fill our passports with stamps from Scotland and Fiji, to name a few destinations. In the meantime, we’ll enjoy the beauty of the PNW. 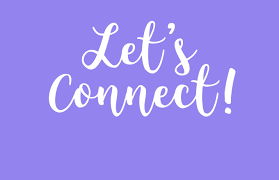 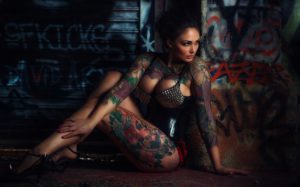 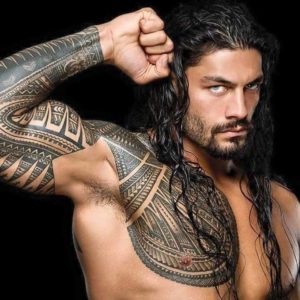 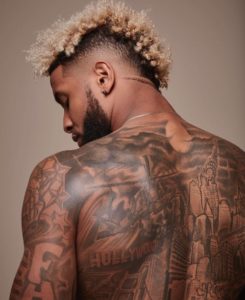 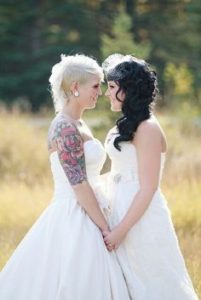 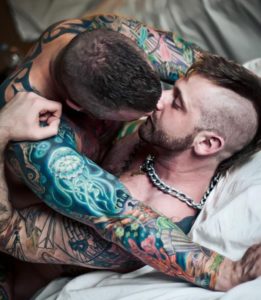 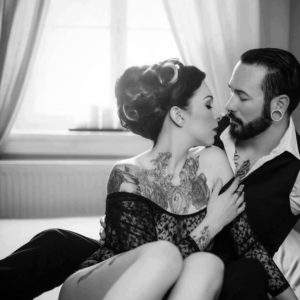 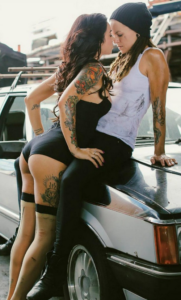 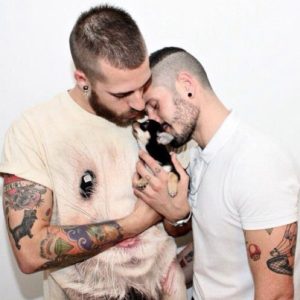 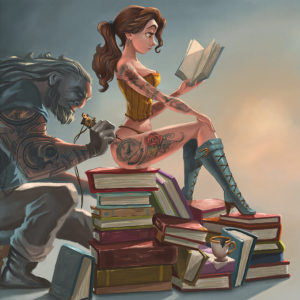 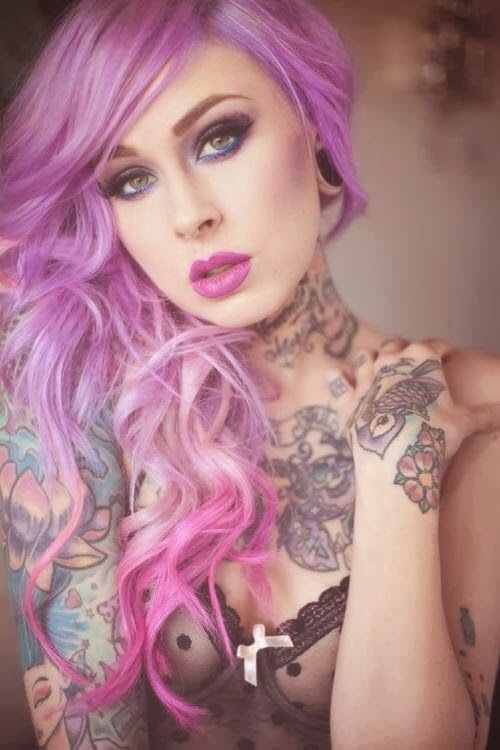