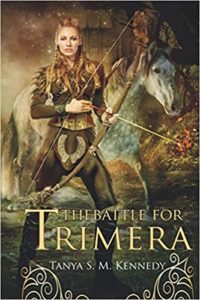 To give in could mean the loss of everything she holds dear but resisting is tearing her apart.

All Pria wants is to protect her family, but as one of only two high priestesses in all of Reia, everyone has an opinion on her life. But as the stories reach her of the peril of Trimera, there is nothing she will not give to return to the only family she has left, her older brother Janu. Emotion is dangerous for a priestess, something she realizes all to keenly when she thinks about her brother’s friend Mian.

From the day she was born, Mian knew he would die for Pria. But the woman that returns from the Lorien is a pale shadow of the fiery girl he remembers. Still scarred by the loss of his Prince’s advisor, the previous high priestess, he now has to watch his Pria face the same danger. But the more he tries to protect the high strung Pria, the angrier she gets. The only thing he knows for sure is that Trimera would not survive the loss of Pria; that he would not survive the loss of Pria.

A mysterious being has gained control of the monstrous grinlo and every second that ticks by only serves to confirm that they are after Pria. With the Lorien watching her every move she can’t afford even the hint of weakness. But the longer she spends with Mian the more addled she finds her thoughts. How will she save Trimera when her very emotions could spell ruin?

The Battle for Trimera is the opening to the epic Ruling Priestess medieval fantasy series. If you like compelling characters, epic battles against savage monsters, and a gripping story, then you will love Tanya SM Kennedy’s tale of a priestess struggling against tradition to save her home.

Pick up your copy of The Battle for Trimera and join the fight to save Trimera today! 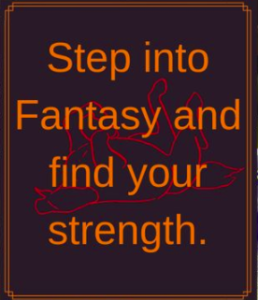 At almost 600 pages, The Battle of Trimera is not only a beast in size, but the story is busting out the seams with blood-thirsty creatures. The grinlo are vicious beasts with sharp, black claws. Many men, women, and children have encountered them, yet survivors are few and far between. Ortid, one lone survivor, witnessed their wickedness firsthand. He stumbled up a very gruesome, gory, unforgettable, and stomach-turning scene. The grinlo’s leader, Neram, might be a man, but he was a monster just the same.

As you are well aware, you can’t have a villain without a hero or heroes. There’re a check and balances in life, real or imaginary. In this scenario, multiple individuals band together to defend their land from the grinlo: Prince Janu, Lord Mian, Priestess Lana, Priestess Pria, Jaren, Liando, and various other soldiers.

At three hundred page mark, Priestess Pria’s mind is troubled. She’s on the hunt for the person pulling the strings of the grinlo, and she’s trying to keep Mian at a safe distance. She wants to be seen as an adult, a powerful High Priestess; however, he makes her feel like a child again. Up to this point, if Pria looked closely, she would see he doesn’t –not entirely. His attraction to her is becoming more apparent for all to see.

The sexual tension between Pria and Mian is growing with each page.

The next 150 pages were quite active. There were nasty creatures, big and small, being a pain in the neck (literally and figuratively). Emotions also reached the boiling point, and, instead of throwing barbs at each other, Pria and Main let their true feelings show. No, they didn’t shag, but they had some steamy kisses.

From page 450 until the end, The Battle of Trimera kept the same speed as the pages before it. The pace wasn’t too fast or slow. In actuality, Tanya (the author) balanced everything quite well. Overall, I felt she took ample time to develop characters, their relationship to each other, history, plot, etc. She had death scenes, but they weren’t overly detailed. Sure, they were gross but not horror movie gross (if that makes sense). Basically, what I’m saying, Tanya gave us enough visual stimuli to allow the reader to get the picture but not be overwhelmed.

There were some sections I wanted, craved more embellishment on, but I get why Tanya refrained. As I stated in my opening sentence, The Battle of Trimera was almost 600 pages long.


To sum up, a great book and definitely worth the price tag attached! 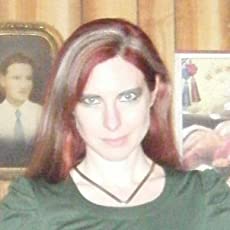