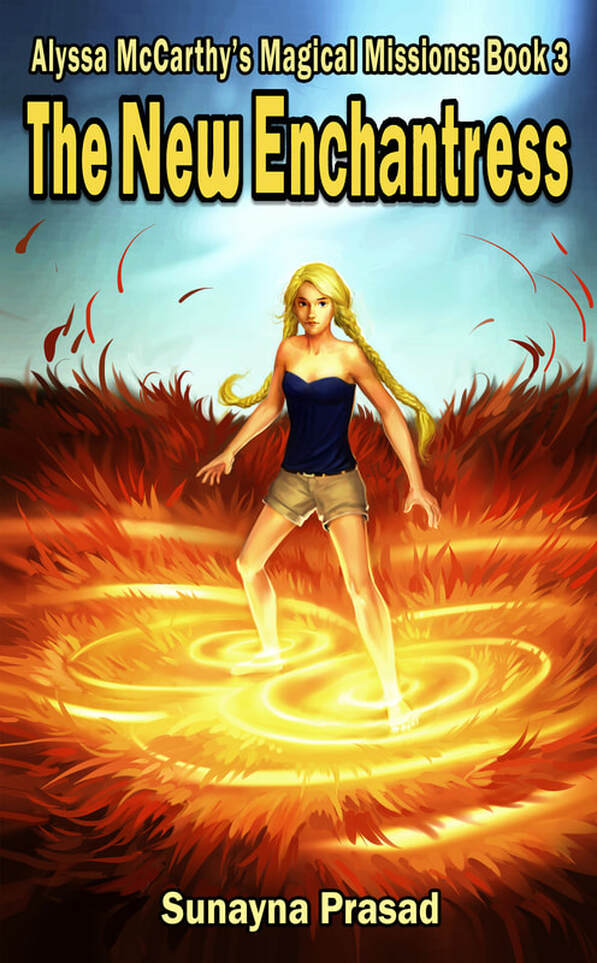 The point of no return has come!
It’s the summer before high school and life is about to change for fourteen-year-old Alyssa McCarthy. A sorcerer hexes her with everlasting powers, requiring her to become an enchantress. If she cannot learn to control her magic pronto, she will forget her loved ones and serve as the warlock’s eternal slave.

In order to control her powers, Alyssa must gain control of her emotions. With the struggles of adolescence and disasters everywhere, catastrophes are bound to happen! It’s only a matter of time before Alyssa’s world changes, for better or worse… 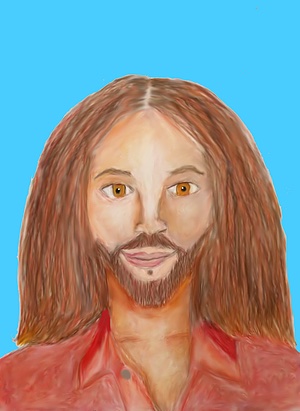 I knew before starting The New Enchantress (Alyssa McCarthy’s Magical Missions, Book 3) by Sunayna Prasad there were going to be some intense scenes and mild language. There was a lot of yelling, fighting, and physical altercations. I know Alyssa did hurt or cause problems with her powers, but no one taught her how to use them properly. I don’t think staying calm is the only answer for this young teen’s magical problems. I felt so bad for her. She was under a great deal of stress, and everyone was either mad or disappointed in her for most of the story.

People didn’t apologize or 100% support her until the last 1/3 of the book. I’m happy they finally did because I was not thrilled when Sydney (teen) said, “No one forgives anyone for hurting others.” I don’t believe this is true. The kids’ parents (in the story) agreed, “…you shouldn’t blame others for things they can’t control.”
Like with the first two books in the series, there were highs and lows. I’ve mentioned the lows above, so I’d like to point out a few highs.

Who wouldn’t love a hovercraft?! My daughter would love one in green.

Friends will argue, so it was lovely to see friends putting aside their anger, banding together, and becoming friends again.  The New Enchantress also emphasized the importance of listening to others and teamwork. Plus, yelling at others rarely solves a problem. More often than not, it makes a problem/situation worse.
Heart Rating System:
1 (lowest) and 5 (highest)
Score: ❤❤❤
Amazon ~ Barnes and Noble
Kobo ~ Apple
Add to Goodreads
Meet the Author: