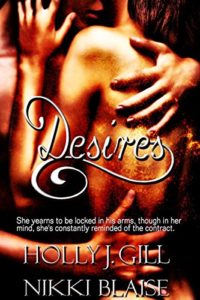 Stacie Clifford’s only desire is to regain her sexual confidence after her recent escape from an abusive marriage. She joins Desires looking for re-education in the joys of her body. There is only one condition; her contract states emotional attraction between tutor and student is forbidden. Stacie is fine with that; her heart is so battered she has no desire to give it to anyone else.

Then she meets her instructor, Dan. Instantly attracted, at first Stacie thinks it will help to make her sexually comfortable with him. But when she realises she is falling in love, she can’t tear herself away, contract or no. Stacie knows that, no matter how kind and caring Dan appears, he’s just doing his job. Can Stacie overcome her own Desires and walk away?

GET YOUR PAPERBACK OR  KINDLE COPY TODAY!! 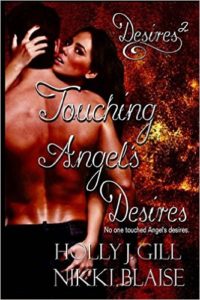 Angel makes the biggest mistake ever. She never realized how much someone meant to her until it’s too late. Angel the owner of the sex club Desires, having the club at her beckon call, nothing passes her attention without notice, the club is her passion and desire. Angel interviews Stacie Clifford a woman lacking in self-confidence and has chosen Desires to be the place to try and restore her self-esteem. Angel makes sure she had Stacie sign the club contract, stipulating ‘no emotional involvement with tutor or tutors’ delighted the woman signs. Angel pairs Stacie with Dan, Dan McVeigh a handsome, delicious, exciting and truly adorable young man. Only after placing Stacie with Dan, her heart begins crying, longing for Dan, only the man she wants has his head turned, despite what Dan tells her. Angel then tries everything in the book to scare Stacie away, will she succeed and how far will a woman scorned go?

GET YOUR PAPERBACK OR  KINDLE COPY TODAY!! 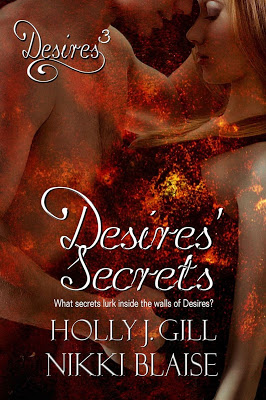 Two and a half years after her first visit to Desires, Stacie Clifford’s life has done a 180. Settled and happy with her beloved Dan, baby Ryan has completed their lives.
When Dan suggests revisiting Desires for some sexy couple time away, Stacie is unaccountably cautious until she finds that Angel will not be there. She didn’t know why, but she always had a gut feeling that Angel was not to be trusted. With Angel out of the way, she and Dan, together with their good friends Jason and Chrissie, proceed to indulge in the many and varied delights of Desires. Stacie even decides to explore some of her own secret fantasies.
GET YOUR KINDLE COPY TODAY!! 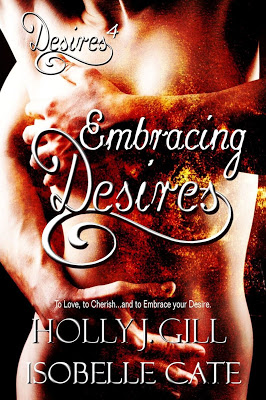 Dan and Stacie are preparing for the biggest day of their lives and everything is perfect. Stacie has her Hen night; Dan his stag night – both in Desires. Angel is being the wonderful host, but all is not what it seems. Five days before the wedding Dan and Stacie find themselves, devastated and destroyed, and on the brink of separation. Stacie feels that her life is falling apart. She cannot breathe or think because of the agony of losing Dan, the man she thought she could trust and spend the rest of her life with. Her world has been shattered. But Dan wants her back. Stacie longs to embrace what is important in her life. When she finds out the truth of what happened will it be too late to save the biggest embrace of all?
GET YOUR PAPERBACK OR KINDLE COPY TODAY!! 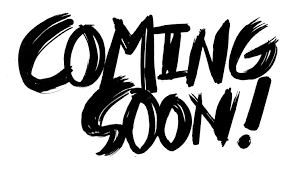 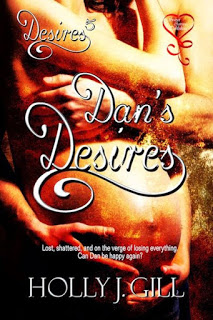 Dan, a devious, hot, sincere young man, preys on women like a vulture. He takes up escorting before entering a world of sexual fantasy in a club called Desires, being paid to have sex. He loves being a naughty boy without conviction, even having sex with the boss, using any means to have his wicked way. Then he meets a new client, Stacie Clifford. He needs to drop the boy act and become a man, yet remember the club’s emotional contract. He makes it his responsibility to protect Stacie from Angel the boss of the club. He’s in love. He has almost everything: a wife, son and a baby on the way, ownership of Desires, yet something is missing from his life, Sapphire his daughter. Unable to move on, feeling destroyed, his marriage is uneasy. Day after day he fights his heartache, wanting to be happy and be Dan, the man he once was. Will Dan ever be complete again? What will it take to get him there? 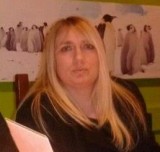 Holly lives in the UK and is a wife mother of three, and a nana to twins. Holly J. Gill is a romance writer whose favorite genre is erotica. She has been recently published with Secret Cravings who unfortunately closed their doors in September 2015 leaving Holly with several books to find a home. Therefore Holly has taken the chance to self-publish all her works. Her books include Desires and a sweet adult series called Innocence. Holly also writes different genre’s loving the diversity she has to explore. In Holly’s spare time she loves spending time with her family, friends, listen to music, watch movies, and likes to travel around England enjoying the beautiful countryside.