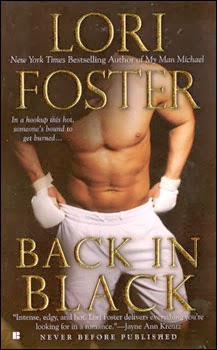 SBC president Drew Black is as controversial as they come. But the hot-headed entrepreneur is a perfect match for his popular sports club venture: uncompromising and extreme. Maybe too extreme. With a reputation for saying what he thinks, Drew’s been causing a lot of friction. That’s why someone’s been called in to clean up his image—before he does any permanent damage.

The lucky lady is Gillian Noode, a PR expert who’s smoothed out the rough edges on many a man. But Drew is rougher than anyone she’s ever met, and he refuses to change for any woman, for any reason. To make matters more complicated, Gillian’s starting to like him raw. Now, opposites aren’t only attracting, they’re igniting. But in the rising heat, which one of them will end up on top?

~~ Review ~~
I liked the character of Drew except for his repeated use of the word “rack” to describe a lady’s bust. He might’ve had a sailor’s mouth, but he also had a heart of gold. He gave to back to the community and he took great care of his fighters.
As for the wacko in the story, I wasn’t surprised who was behind the bomb threat, hit and run, or the fire at Brett’s place.
Speaking of Brett…. Oh my goodness, he was such a doll. A man whom I’m sure readers will fall in love with, like Audrey.
Heart rating system
1 (lowest) and 5 (highest)
Score: ❤❤❤❤
Amazon Kindle
Amazon Print 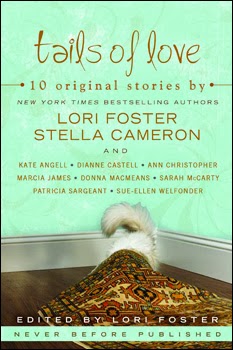 From Seeing Eye dogs to the cat who cuddles in your lap, animals are there for us in more ways than we can count. Helping us get through the day with a wag of the tail and a tilt of the head, they let us know that someone is on our side—no matter what. They also have an amazing ability to break down barriers between people; bringing families and loved ones closer, and giving strangers an excuse to strike up a conversation. In Tails of Love, each writer draws from her own unique perspective on our loyal friends—exploring the many mysterious ways they bring love into our lives.

Review of “Man’s Best Friend
At roughly 30 pages, this story was short and sweet. There was no drama, no real connection to the SBC except for the fact that Erin happened to love a Gary, a fighter for the company. But the story wasn’t intended to be about the cage and the fighters.
See below for the reason why the authors gathered again to create this anthology.

“Ten all-new stories that celebrate our animal friends, by bestselling and award-winning authors. All Author and Agent proceeds from sales of the book will benefit the AAF – Animal Adoption Foundation – a no-kill animal shelter in Hamilton, Ohio.”