My Man, Michael & Hart and Soul (featured in “Double the Heat”) by Lori Foster (2 Book Reviews) 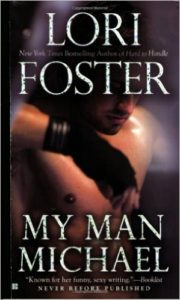 On the verge of a title shot match, fighter Michael “Mallet” Manchester is injured in a car accident. And just as quickly as his career was taking off, it’s over. Then Kayli Raine appears, offering him a second chance at becoming whole. Even though Mallet thinks it’s the pain medication talking, he accepts her challenge. And on an extraordinary journey with Kayli, he’ll get a chance to fight again—to save the woman who has saved him.

Review
I was highly anticipating reading Mallet’s story because I enjoyed him so much in “Simon Says”.
However, in the first chapter, the book I assumed would be “realistic” turns into a Sci-Fi story. Let me say, I was extremely disappointed.
Ok yeah,  I did like the “The Jetsons” features. If you aren’t familiar with this old-time cartoon, you missed out on a classic. I, for one, could get used to a bed that tidies itself. Any meal you want is merely a voice command away.
But again, my mind couldn’t truly and fully enjoy the tale because of the change in genres.
Before anyone asks, NO the back cover on the book didn’t mention time traveling.
Confused by the switcheroo, I went to her site and noted this under the reading order…..
MY MAN, MICHAEL
(February, 2009)
Berkley · ISBN: 978-0425226292
Michael Manchester and Kaylie Raine
Michael aka Mallet is friends with the other fighters from previous books, and made appearances in those books.
This book is a time travel.
However, when you are in a store, how many of you actually go to an author’s website to read up on a book? We look at the book summary. Nuff said! 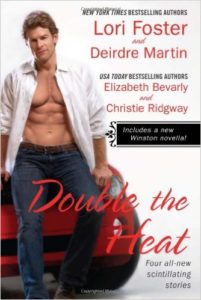 With a brand-new novella featuring Hart Winston, whose switch with his identically hot twin brother has landed him in some serious foul play, it’s a safe bet that in the game of love no one is going to follow the rules.

Review of Hart and Soul
When we were first introduced to Hart and Lisa in “Deuces Wild”, I suspected Lisa was frantically calling Hart to tell him she was pregnant. In “Hart and Soul”, he was under the assumption as well. We were both wrong. I won’t give out spoilers why she was calling but as you can guess, a frantic call is never a good thing.
For a short story, I will say this tale had sex, action, and love. Three things I personally look for in a good book. How about you?
Heart rating system – 1 (lowest) and 5 (highest)
Score: ❤❤❤
Amazon Print
Amazon Kindle