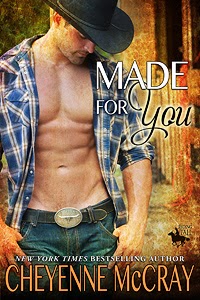 Detective Kelley Petrova’s life hasn’t been easy. The one constant in her adult life has been her career and the ability to make a difference in the lives of abused women and children. Having a capable and dedicated partner like Reese McBride, who also doesn’t happen to be one bit hard on the eyes, only makes her job easier and more worthwhile.

That is, until a string of cases go awry leading to injuries for both Kelley and Reese. When a domestic dispute goes bad and Kelley is shot while a woman is murdered, Kelley’s own personal history forces her to push ahead to find the woman’s killer and the kidnapper of the woman’s daughter. Difficult tasks even when not on a forced leave due to her injuries.
Detective Reese McBride knows his partner of two years is tough, smart, determined and for the first time ever is really noticing just how beautiful she is. Perhaps it’s the vulnerability of her injuries, but he’s having trouble denying his attraction. And forget about keeping her on medical leave, she always seems to be one step ahead of him on the case.
As much as he wants to, Reese can’t keep his partner down and soon they’re chasing after more than just a man and the girl he’s kidnapped. Drugs and a human trafficking ring are exposed and soon Kelley and Reese are running out of time.
The love that has developed between Kelley and Reese grows stronger with each day before they are brutally torn apart. Reese must not only find and rescue the little girl, he’s got to save Kelley before it’s too late.

Quick Thoughts
From beginning to end, this story was action-packed: drug smugglers, kidnappings, car wreck, stand-offs, and not to mention the LOVE scenes.
All the page turning excitement had me blasting through the book in a couple hours.
And the ending chapters, yeah, the mushy stuff arose but I liked it. It was a prefect ending to one HELLER good book!
Heart rating system
1 (lowest) and 5 (highest)
Score: ❤❤❤❤
Purchase links:
Amazon Kindle
Amazon Print Link

Much like Cinderella, Hollie Simmons was waiting for her Prince Charming but wondering if her life was meant to be anything but a fairy tale. A kindergarten teacher, Hollie was raised to be a lady by her southern mother who passed away when Hollie was young. After a speedy remarriage by her father and more losses than she can count, Hollie is left alone in the world with only three cold, abusive stepbrothers who, along with their lowlife friend Freddy, are constantly into trouble of the worst kind and with Hollie as an easy mark.
When John McBride, a police lieutenant, saves Hollie from a nasty fall, she thinks perhaps her prince has finally come in the guise of a man she’s always wanted to get to know but was too shy.
John has seen too many cop marriages fail. He’s married to his job and doesn’t have room or the desire to be tied down. Until Hollie. As a cop he’s learned to trust his gut instinct. Perhaps he should have trusted it when told him to approach her long ago. Is he ready for the forever he sees in her eyes?
When Hollie is framed for a murder she did not commit and the key to proving her innocence seems impossible to find, will John be able to locate the shady character who committed the crime before Hollie is put behind bars? Is their love strong enough to withstand such a hardship to find their happy ending?

Way to go Hollie on being a tough ass chick who doesn’t go down lightly. John might’ve came to her rescue but Hollie proved she could handle her own when push comes to shove.
Yeah, we women totally rock!!
Only negative comment: It seems lately in the books I’ve been reading, the ladies (in their twenties) are virgins. NOT THAT THERE IS ANYTHING WRONG WITH THAT BUT, I hope this isn’t the newest reading trend. I kind of prefer women who have more experience and show the men some moves in the sheets – not vice versa. Just sayin’ 🙂
Heart rating system
1 (lowest) and 5 (highest)
Score: ❤❤❤❤
BUY THE eBOOK
BUY THE PAPERBACK