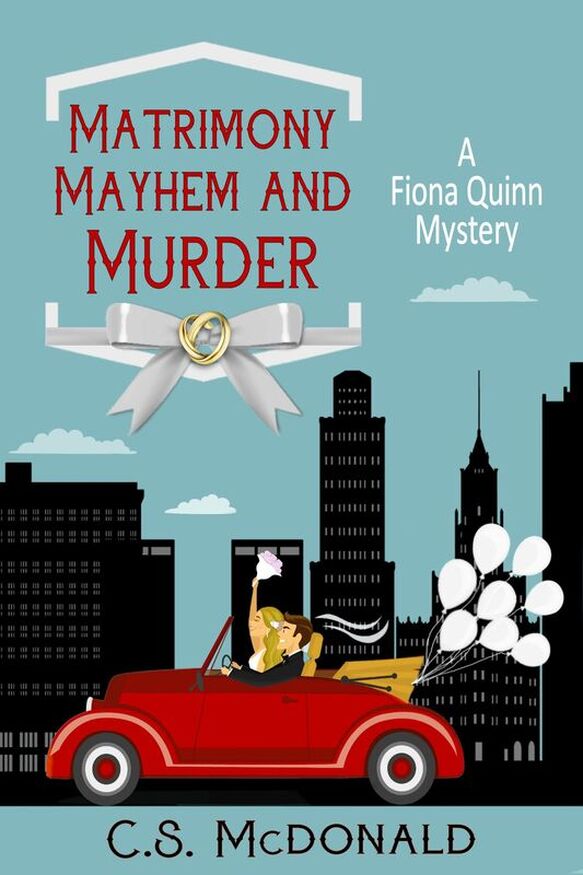 The venue is set, invitations sent, and the flowers ordered. It’s almost time for Fiona and Nathan to get married…again. What could possibly go wrong? Nothing…well, until the wedding planner is found dead.
Then the woman Fiona has never met shows up–Nathan’s enigmatic mom, Rita Landry. And she’s wearing a gorgeous but mysterious necklace. Worse, Rita is being followed by two sinister-looking men, forcing her to flee the country. And who gets dragged along? None other than the bride-to be! How does a girl prepare for all of that? Looks like Fiona’s perfectly planned matrimony has morphed into mayhem and murder!
​
You’re formally invited to Fiona and Nathan’s wedding. Question is: Will the wedding happen?

I received a complimentary copy of this book from iRead Book Tours. I voluntarily chose to read and post an honest review.
It’s very common for some hiccups to occur in preparation for a wedding or even during the big event. However, no one could have foreseen the details unfolding before Nathan and Fiona got married for a second time.
First off, their wedding planner gets whacked, and Fiona’s brother is the prime suspect. You’d think that’s the worst event to happen, but that is just the beginning of the drama. A very important and expensive necklace has gone missing, two persistent Russian agents are following Nat’s mom around, and yet that’s still not all the drama.
C.S. McDonald has named this book appropriately because there was Matrimony. Mayhem, and Murder. There was also a meddlesome mom, aka Nancy, Fiona’s mom. If I’m ever in trouble, I want her in my corner. I want Rita (Nat’s mom) as well!
While the story does contain a murder, which is not a funny crime, C.S. McDonald included much humor in this story. I found Rita’s interaction with the Russian agents quite amusing. Fiona’s retelling of Chad’s “band performance” was also quite comical.
From beginning to end, I was entertained by Matrimony. Mayhem, and Murder. It’s a story I would proudly recommend others to read.