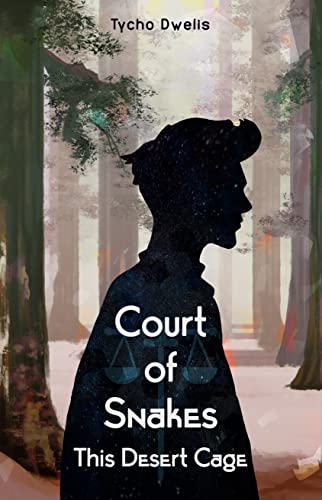 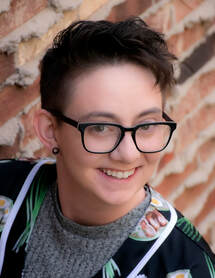 Two Roads to Paradise (Book 2: Be Careful What You Wish for Series) by Gordon Jensen with Cara Highsmith (Book Review) 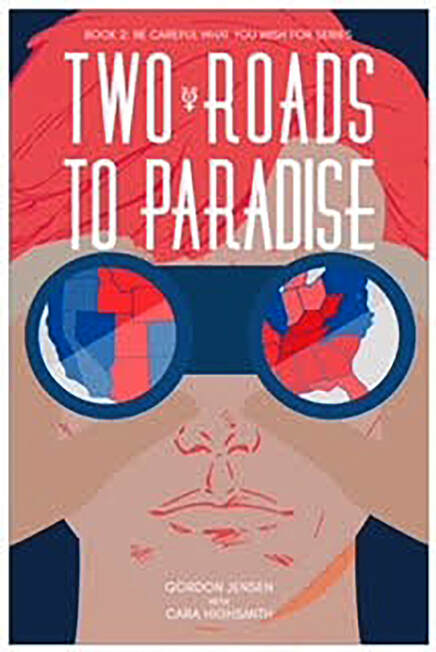 ​Although the reappearance of the Alpha Centauri I crew was miraculous, it was not the celebratory homecoming they expected. Their return to a world reeling from a pandemic that wiped out more than half the population thrust them right into the center of controversy and conflict.
Now, three years later, though the tide has turned and the survival of the human race seems to be secure, the survival of human relations is far less certain. The cure should have been the injection of hope the world needed to restore balance and end the chaos of the last four decades. Instead, the complex implications for personal rights and freedom have fractured the North American territory in such a way that the division may never be repaired.
As the crew dispersed to find their place in this new landscape, Hunter Young found himself embedded in the Marshall administration as an agent for the mysterious K Group. What had been a relatively uneventful assignment suddenly becomes a whirlwind of adventure as he is called to a rendezvous that requires a long and circuitous journey.
BUY THE BOOK:
Amazon.com
add to goodreads 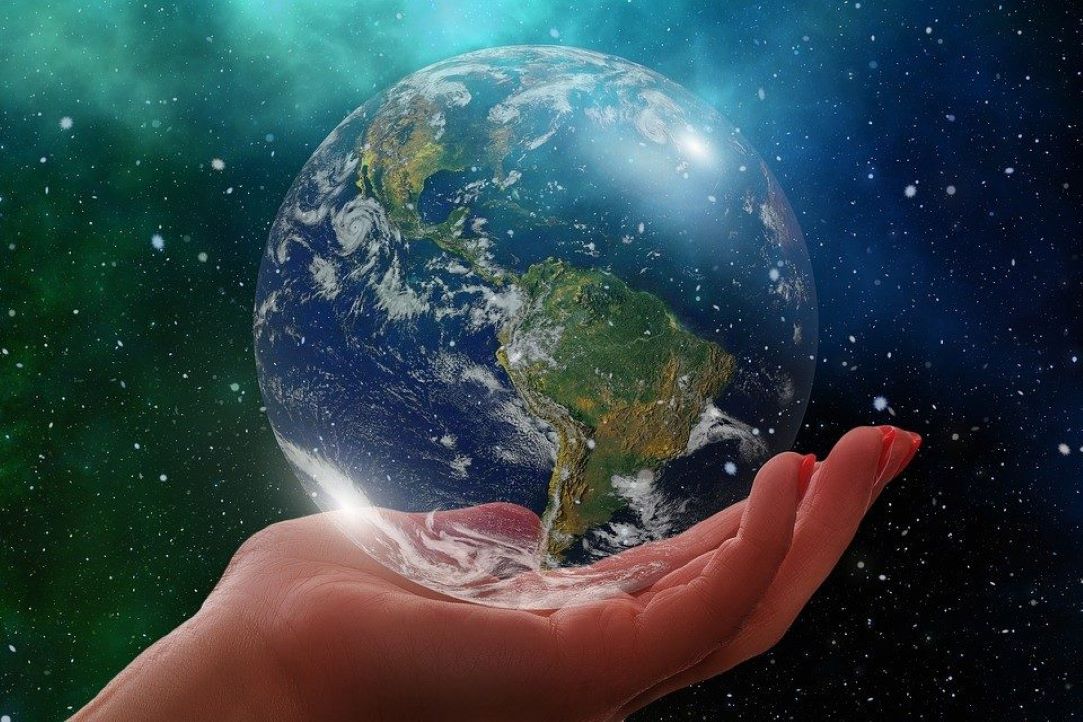 I received a complimentary copy of this book from iRead Book Tours. I voluntarily chose to read and post an honest review.
Two Roads to Paradise carried on three years after the finale of The Way Out. Readers will see precisely how divided the world has become: land and viewpoints. Yeah, we are pretty divided now in our views.
The book discusses free health care in the blue zones and how red zones have better taxes. It talks about gun control and abortion rights, which we all know are hot topics right now. I imagine they’ll be major talking points for many more decades to come.
Gordon Bensen and Cara Highsmith (co-authors) created unique maps located in the front and back flap. These maps show 13 zones and their colors: red and blue. Yup, those are the same colors that represent Democrats and Republicans. Don’t worry about memorizing the zones because they will be introduced again through colorful welcome signs. I love those, btw!
Two Roads to Paradise was slower going and didn’t hold my interest compared to its predecessor, The Way Out. However, I did enjoy reading about people’s viewpoints regarding the “governing” of the various zones.
Oh, a shocking and disturbing bombshell unveiled by two teen girls to Hunter on their trek to NOLA. It shows how inhumane a person or group can be. I’d love to tell you what, but I want to discover it for yourself.
With any government or country, there will be individuals who deflect and fight the system. The Resistance was comprised of a couple of shocking members. Again, no spoilers.
While this book didn’t knock my socks off, it ended with me wanting more. So, with that said, I will be tuning in for book three because I have to see how the final moments play out in the next installment.
Heart Rating System:
1 (lowest) and 5 (highest)
Score: ❤❤❤❤
Amazon.com
add to goodreads
Meet the Authors:

Gordon Jensen holds an MBA from University of Rochester, New York, Simon School of Business and a bachelor’s degree from Macalester College in St. Paul, Minnesota. After working in finance In New York for several years, Jensen went back to Minnesota to run the family business. He retired after selling the the business and is now fulfilling a number of life-long dreams, including writing a novel series.

Cara Highsmith has always been drawn to the world of books and has found herself working in this industry in one capacity or another for the majority of her adult life. She holds a Master of Arts in English from Belmont University and did work toward a PhD at Middle Tennessee State University. Cara was on the editorial team at Hachette Book Group USA, working with several New York Times bestselling authors, for nearly four years. After leaving Hachette in 2008, she began freelancing, developing proposals and manuscripts for agents, editing and ghostwriting for authors, and assisting clients in preparing projects for self-publishing. Cara is a master of being a jack of all trades, but currently spends her free time working on several personal writing projects and enjoying life on a beautiful northern California mountain.
connect with authors:
website ~ twitter ~ facebook ~ instagram ~ goodreads