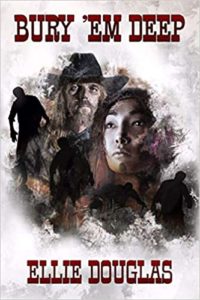 With famine and disease spreading out of control, the death toll was the worst in recorded history. It was being described at first as the Black Death. Little did the world know at the time but it was much worse.

The living had to fight to stay alive. It was what they fought against that the world wasn’t ready for. Corpses rose from out of the ground, rotted and putrid. Decaying masses herded quickly, devouring everything in their way.

It is now 1855 and a crew of fearless cowboys face off against what their ancestors failed to vanquish. Follow Gus, Cole, Hector, Fred, and Yahto as they do everything they can to eradicate the pestilence plaguing  the Wild West. To right the wrongs of their forefathers, they must purge the world of the undead.

Man took back what was rightfully theirs. 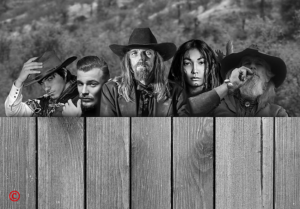 The poor ill-fated mare had one of its dark brown eyes plastered to its face, still hanging on its tendon.

For Yahto, the worst thing was the horse’s stomach had been gnawed open. The ripped-out, unborn fetus still lay in its amniotic membrane mixed with slimy gore sprawled out on the ground amid the hay and dirt. Next to that lay the horse’s stomach and liver. All of it looked as though it had been eaten and then regurgitated.

When Yahto’s eyes panned over the horse, he noticed how the top of its head had a gaping wound, and its brain had been half ripped out of its head, eaten. The other half spilled down the side of the horse’s face and onto the ground in a pool mixed with cerebral fluids and blood. All four of her legs were folded at the knee joints, so she appeared to be kneeling. If it weren’t for the others eating her, she’d have been flat on her side. Flies buzzed relentlessly, and the smell of blood assaulted the men, burning the backs of their throats.

Born and raised in New Zealand, a mother and wife who donates what spare time she has into volunteer work with Autistic children.

Ellie Douglas is addicted to horror, everything about it she loves. She enjoys creating strong characters that rise to the top from ordinary lives.

Her love affair with horror has seen her produce three award winning horror books. With many more on the way.

Ellie is creative in all aspects with several adult coloring books and an online casino slot game under her belt. She is constantly striving to do more.

Ellie also makes professional book covers for authors and she makes websites, banners, and logos too.

Ellie’s ultimate aim is to give back, paying it forward and to constantly better herself. To give the audience amazing entertaining stories that she herself would read.

She would love to scare you…