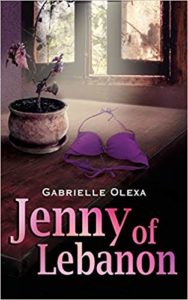 All’s quiet at 318 White Ash Lane—which is good. Billy could use some quiet. He’s got enough trouble paying off his bills, keeping his cat fed and healing the ribs he bruised in a wreck with a Honda.

But maybe this is just a bump in the road. Maybe all he needs is a few weeks to heal up before he gets his life back on track. Fate, though, has another plan for Billy. That plan’s name is Jenny, and she hits a lot harder than a Honda.

“You know,” Jenny remarked, pausing in front of one the pictures hanging on the wall, “even as a kid you didn’t show your teeth when you smiled.”

“I’ve never liked my smile or my teeth,” Billy answered, not bothering to look back at Jenny. “Besides, it distorts your face.”

“I can’t remember. Maybe it was the FBI or DMV. Whoever it was, they encouraged people not to smile,” Billy said entering the kitchen. “It was in the paper.”

He hit the light switch next to the door and the bulb hanging from the ceiling crackled as it exploded in a fiery light. A final tinge of red glowed through the clear glass for a second, then blinked out of existence.

“Is there anything in this house that works or isn’t dead?” Jenny asked as she pulled out a chair from underneath the brown card table that sat in the corner.

She flipped it around and straddled it.

“Hey,” Billy snapped, snatching a chair from the other side of the table, “I’ve done the best I can.” He placed the chair beneath the burnt-out bulb and turned to the pantry. He flung the door open and peered inside.

“You know,” Jenny said, leaning the chair forward on its back legs, “when you’re angry, there’s this vein on your forehead that sorta bulges and pulses. It makes you look like a villain from a comic book, but of course not nearly as menacing.”

Billy turned his head slowly, mechanically, like an animatronic dummy, and glared. In the faint light, his eyes were completely dilated and the edges of his blue irises seemed nonexistent.

“You’re such a smart-ass,” Billy muttered.

“I know,” she replied with a smile, “that’s what your dad always told me.”

The legs of her chair wavered above the tan linoleum floor as she rocked back and forth. Her arms were propped up on the metal backing and her hands rested beneath her chin. She was framed in a moment of innocence, like all those kids you see posing for some excessively happy, underpaid mall associate—except there was no holiday propaganda strategically hung behind her. Instead, there was just a dirty window and a stream of stale sunlight.

“My dad was right,” Billy said. His gaze dropped to the floor, but he quickly regained eye contact. “He was right about a lot of things. Especially about you.” 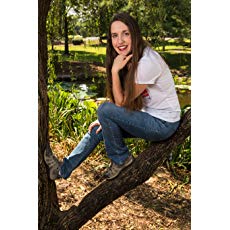 Gabrielle Olexa was born and raised in the land of the Atlanta Braves but now lives in Charlotte, NC with her perfect husband, Phil, and their son, Ash. Meili, the most expensive and primitive Shiba Inu in the known universe, that they adopted while they lived in Shanghai, China, lives with them, too.