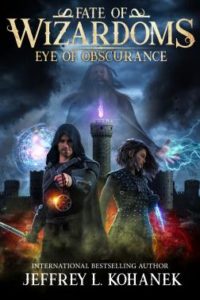 In a realm where wizards rule, the ambitious contend for thrones that grant the power of a god. How can one defeat a god?

Jerrell Landish is a thief, clever, creative, and conniving to the extreme. His legendary exploits force him to use the name Jace just to remain inconspicuous. When he accepts a contract to acquire a secret, enchanted amulet, he discovers the item has already been stolen. To satisfy the leader of the Thieves’ Guild, he must track down the amulet and complete the ultimate objective:

Assassinate Wizard Lord Taladain, a man with the power of a god.

Rhoa is an acrobat, diminutive, agile, and daring. Armed with the Eye of Obscurance, she sets out to accomplish the unthinkable. Haunted by a troubled past, she cannot escape a single, all-consuming desire.

She would risk anything to see Lord Taladain dead.

Taladain’s daughter, Narine, is a princess who recently graduated as a master wizardess. However, her father and brother seek nothing but power – one would use her to strengthen his position, the other views her as a threat to his future.

Can she navigate troubled waters with danger lurking at every turn? 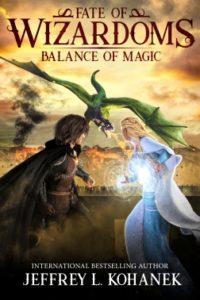 Ruthless wizards vie for a vacant throne, unaware that their actions could alter the balance of magic and the fate of the Eight Wizardoms.

Lord Taladain is dead, the result of an exotic scheme made possible by the Eye of Obscurance, an amulet so dangerous, simply knowing it exists can bring grave danger. What if the amulet fall into the wrong hands?

With a neighboring wizardom in chaos, Wizard Lord Malvorian seeks to expand his power, capturing prayers meant for another wizard lord and strengthening his magic beyond anything ever recorded. The world will tremble should Malvorian’s power rise to that of two gods. 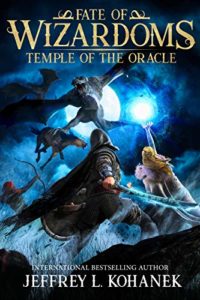 Monsters from legend stalk the land, terrorizing the Eight Wizardoms.

The future becomes obscured from the Seers of Kelmar, the secluded sect of mystics chartered to prevent the end of the world.

FREE AUDIOBOOK!
Legend of Shadowmar is a companion tale to the Fate of Wizardoms series, featuring Jerrell Landish before the theif became a legend. Stream or download this 1.75-hour adventure to get a sense of the world of Wizardoms and the brilliance of narrator Travis Baldree.

Discover a legend in the making. Jerrell Landish, the greatest thief in the eight wizardoms.When presented with the opporunity of a lifetime, young and arrogant Jerrell Landish cannot refuse. Teamed with a renowned warrior, he embarks on a quest hundreds have attempted. None returned.

2 Responses to The ‘Fate of Wizardoms’ Series by Jeffrey L. Kohanek (Author Showcase)