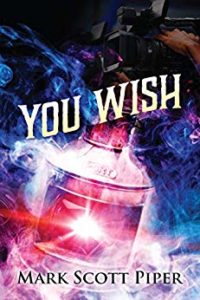 Imagine you are granted three wishes—and your second wish is captured by a television news crew and broadcast across the globe. Now the whole world knows you can wish for absolutely anything, and it will come true. Now imagine you’re fourteen years old…

Jake Parker is about to finish the freshman year of what’s shaping up to be a mediocre high school career. He’s a late bloomer. His family is living hand-to-mouth. And worst of all, he’s a nobody—until he discovers an ancient ship’s lantern. With everyone on the planet watching to see what Jake’s final wish will be, he becomes an instant media darling, and his social status at school skyrockets. That’s the good news.

The bad news is pressure is bearing down on Jake from family, public opinion, the media, government agents, and crooked politicians as he struggles to come up with a final wish that will truly help mankind. But if he’s going to pull that off, he has to outsmart them all.

At a very young age, we all start making wishes. Whether we are sitting behind a birthday cake’s candle or looking up at the night sky, we think of what we want most and hope our wish or wishes come true.

In You Wish, Jake finds an old ship’s lantern and discoveries it has the power to grant wishes. The catch: You can’t say the wish out loud or disclose your wish. If you do, the wish is recanted.

Like Jake, I think many of us would accidentally wish for something ridiculous. This magical blunder could really happen…if magic really existed.

As for Jake’s other wishes: The second one was caught on camera, viewed by onlookers and broadcasted around the globe. The repercussions were instant. Jake’s life was turned upside down. All eyes were on him to see what he’d wish for next. Many people had insights what he should wish for and the consequences of said wish(es).

End world hunger, cure cancer, world peace, wealth… Jake had so many suggestions thrown at him including one from the President of the United States. The POTUS’ wish was absolutely something I could see our current President asking for because he’s… well, I won’t tarnish this review by stating my feelings on the current White House resident.

When the world is watching your every move, the level of stress to make the right choice must be astronomical. I wouldn’t want to be in Jake’s shoes. I must reiterate, Jake’s life wasn’t his own anymore. Even his family was impacted by Jake’s sudden fame.

It’s nice to think about what if I had three wishes, but in actuality, I wouldn’t want three wishes because it’s too much pressure. However, it was NO pressure getting through this story. This book is worth reading whether you are a teenager, an older individual, or somewhere in between. So, pick it up and start reading it today! 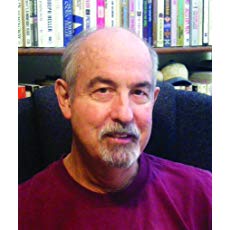 Mark Scott Piper has been writing professionally his entire adult life. He is a longtime freelance writer and video director/producer. Mark holds an MA and a PhD in English from the University of Oregon, and he has taught literature and writing at the college level for several years.

Mark has written four novels, three screenplays and more than 16 short stories. You Wish is his debut novel.