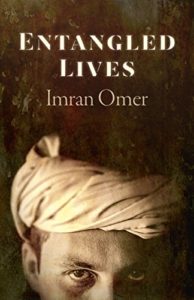 Raza, a poor orphan trapped in the slums of Pakistan, is sent to a strict madrassah where he meets and falls in love with Perveen. They attempt to flee the city to escape their respective fates but fail. Perveen, pregnant, is sent back to her family, and Raza is sent to Afghanistan to fight as a Taliban solider. American journalist, Rachael Brown, travels to Afghanistan to cover the political unrest. When she meets Raza for a brief interview, she sees for the first time the true face of the Taliban: poor and desperate young men with nowhere else to go. As the war unfolds, their paths cross again, and each must decide what they owe the other. 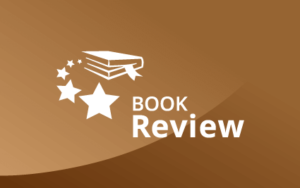 I want to begin this review by stating that when Imran Omer contacted me to read Entangled Lives I was very upfront about my initial thoughts based off the book summary. I said the following to him…. “It’s not my typical read but I am willing to give it a chance.”

As you read my review below, I think you’ll see I was fair and honest. I may not like the subject matter but he did give more insight into a world I’m not overly familiar with.

War has always been a part of human existence. People fight for money, for power, or to be the dominant force over mankind. Yes, most individuals join the fight out of their own free will. However, some people are forced to pick up a weapon because they either kill or be killed for their defiance.

In Entangled Lives, Imran Omer (the author) allowed readers to see the harsh reality many men, women, and children face in their war-torn country. They are beaten, maimed, killed, and left without many options. They witness death. They live in constant fear for their lives. No place is safe…. not even their homes.

I live in the United States. While we have violence and mass shootings, we still have many freedoms where the people of Afghanistan seem to have none.

I think Imran Omer’s intent with this book was to make us feel empathy for the people of Afghanistan. I think he wanted us to see not all the soldiers want to fight; that some soldiers do have a merciful heart.

While I can appreciate his effort, it’s hard for me to associate the Taliban with anything but violence, death, and destruction. I did feel compassion for all the innocent people in the line of fire or those affected by the ongoing war.

Now that I spoke upon the contents of the story, I will address the way it was delivered. At times, Imran transitioned from event to event smoothly. Case in point, the diary entries were integrated nicely. On the other hand, the transitions from Raza’s story to Rachel’s didn’t always blend well. As the story progressed, the flow became choppy and sections felt rushed. I did knock some points off for how the book was laid out but not on the contents. I may not like the subject matter but Imran did a good job relaying how harsh the conditions are over in Afghanistan. 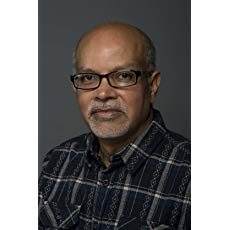 Imran was born in Karachi and studied in Karachi and Chicago. A graduate of the University of Illinois and American College of Education, Imran teaches Art and English as a Second Language (ESL). He has taught in the United States, Oman and Saudi Arabia. He loves teaching but his passion lies in painting and writing. His artwork and some of his articles can be seen at www.imranomerart.com He resides in Homewood, Illinois.