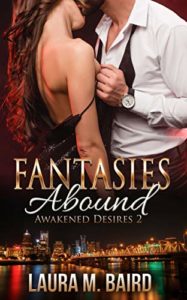 For the past seven years, straight-laced Sable Stephenson has been dedicated to her studies, leaving little time for pleasure. Even with graduation in sight, her drive begins to falter, so she accepts a friend’s suggestion for a carefree Spring Break to clear the cobwebs. A little dancing, a few drinks…she’d be back on track in no time. But falling for sexy club owner Tomas Mancini isn’t part of the deal. He’s fourteen years her senior and a Dom, yet he arouses fantasies she’s never even dreamed of. One night of passion turns to more, and Sable must decide if she can handle the kink in her plans for the future or if it will lead her down the perfect path. 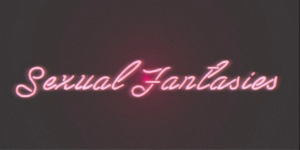 As Sable watched others, she felt herself being swept up in the sensual atmosphere, moving her body seductively.

At one point, she closed her eyes and raised her arms, allowing the music to become her partner.  The rhythm flowed through her body, moving her at its will.  Her skin heated, tingled, and she felt her nipples pebble in excitement as a sheen of sweat began to form.

Song after song played, and Sable lost track of time, just enjoying the here and now.  Glancing around, she admired the various dress and masks of the patrons.

How could something as simple as covering your face enable you to become another person and act completely out of character?  She smiled to herself and closed her eyes once again, letting the music guide her.

Suddenly warmth engulfed her backside as a body moved close to hers.  While she should have been startled, she felt aroused and excited as she instantly recognized Tomas’s cologne.  It was as unique and memorable as the man himself.  It was intoxicating.

As images from her dream came to mind, she wondered if they had been a premonition of what was to come.
His fingers ghosted along her raised arms and continued down her side until his hands landed gently yet commandingly on her hips.  As his chest pressed into her back, his mouth perched next to her right ear and whispered seductively to her.

Sable knew enough to recognize angel and beautiful.  She nearly whimpered at his words, thinking how sexy he sounded; how they made her feel sexy.  Her body moved against his as her hands found their way to the back of his head.  She realized he wore no mask as she threaded her fingers in his hair, holding him in place while he gave attention to her neck.  Nibbles with his lips and scrapes with his teeth set her aflame.  She leaned against his shoulder as she let out a moan.

“Tomas.”  His name escaped on a sigh as she melted further into him.

“Three days I have held back when I have wanted you from the start.  You tempt me, bewitch me; sei magnifico.”

Sable’s mind went blank, pushing aside rational thought to only feel.  She might not know Tomas, but somehow she knew he’d never hurt her.  He’d only give her pleasure.  Perhaps Devyn was right, and she needed this, if only for right now.

All Sable could think about was letting go of her careful control and allowing someone else to take the reins.  She may not know what tomorrow would bring, or even next week, but tonight wasn’t about then.  It was about this moment.

When Sable tried to turn in Tomas’s arms, he held her to him, his hands linking with hers and bringing them down to their sides.  Once again he whispered in her ear.

“Let me hold you like this a moment longer while we dance.  Let everyone see your beauty, and envy me, because I am the one who has you in his arms.”

“Shh shh, do not doubt what I say.  You are marvelous; meravigliosa, and I am honored to have your trust.”  He then spun her around, bringing their chests together as he stared down at her with such longing, she wondered if she was reading him correctly.  “Do I have your trust, Sable?”

She grinned as she answered.  “Si, bello.”

And just like that, Tomas’s eyes darkened as a smile took shape on those sinful lips.  Lips Sable wanted on hers, but settled for them landing on her cheek.  For now.

One hand held hers to his chest while the other pressed into the small of her back, keeping her close as they swayed to the slow music.  Sable felt comfort, she felt protected, but she also felt empowered to do what she never imagined she’d ever do.  She was considering letting herself go and giving in to this urge to be with Tomas.

~~ Don’t forget to check out book one in the series, Resort Virgins! ~~ 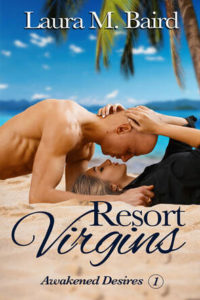 After twenty-five years of marriage, Violet and Max agree their vanilla sex life needs a little spice. Spending their anniversary at a tropical fantasy resort just might open the door to a new love life and bring them closer together. But engaging in pleasure with another couple produces different results for each of them, and unleashed desires could do more harm than good and ruin their marriage after all. 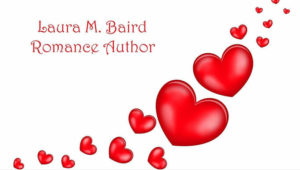 I’m a voracious reader myself, hoping to bring you years of joyous and thought-provoking stories filled with excitement and fun; sexy romance, laughter, and emotion.

Hubby and I enjoy watching our grown sons walk their path into adulthood. We’re always up for an adventure, and hope to one day fill our passports with stamps from Canada, Scotland, and Fiji.

I love to engage with readers and writers, please contact me through any of the following social network links.