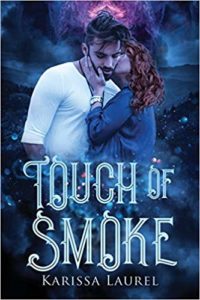 Three years ago, Rikki Albemarle watched her best friend die at the hands of a supernatural evil. Certain she was slated to be the next victim, Rikki fled her small Smoky Mountain hometown, vowing to never come back. Plagued by nightmares and knowing she’s the only one who believes Mina’s death was no accident, Rikki returns with hopes of finding answers and holding the killer accountable.

Rikki is convinced the key to unlocking the secret of Mina’s death lies with Owen Amir, the alluring young army vet who once claimed her heart. But the deeper Rikki digs into Owen’s past, the more she’s torn between the urgings of her heart and her memories of him on the night Mina died.

After falling further into the rabbit hole, Rikki lands at the feet of an ancient and powerful evil determined to finish what it started years before. To survive, she’ll have to make a decision: believe Owen is the monster she always feared he might be or trust him enough to stay and fight for a second chance at love. 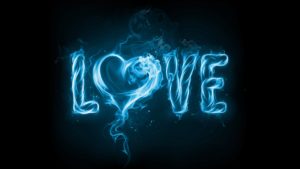 About ½ way through Touch of Smoke and my mind was teeming with questions.

How did Nina die?

What was Owen’s part in Nina’s death?

What’s up with Rikki’s nightmares?

How can Owen afford everything he’s buying?

In the 2nd half of Touch of Smoke, I got most of my answers. Owen finally opened up and told Rikki his deep, dark secret. A secret I won’t share because it would reveal too much about the plot.

I will admit that Rikki did annoy me at times except during the battle scene. During that section, she impressed me and then I thought…. Maybe this chick is all right after all.

As for Owen: I loved him, from first introduction to the very last page. As the legendary Salt-N-Pepa would say…

Technically, Owen is more than just a man BUT to learn more you must purchase a copy and find out for yourself!