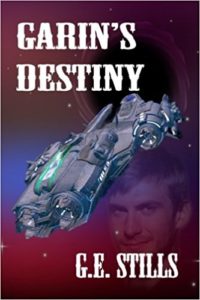 The exploration mission has barely begun and already it is a disaster. The Starseeker has sustained major damage. Garin’s entire crew is dead and he is stranded in a solar system hundreds of light years from Earth with no possibility of ever returning. There is a single unexplored world in the system that he must crash land on.
Mitol is a world left in ruins by a virus that has killed the technological civilization that once lived there. It is now inhabited by savage creatures who live among the ruins and the surrounding jungle. Will Garin’s life be a short one with a violent ending, or a long lonely one? 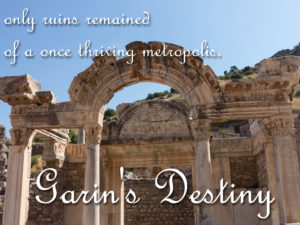 Any landing you can walk away from…

Garin watched the information display on his monitor. Mitol was slightly smaller than Earth so he would weigh a little less. The air was slightly different than Earth’s but breathable. His stomach’s ability to digest any food source he found or drink the water was unknown. It’s not like I have any choice in that matter, he thought.

As he had orbited around the planet, he and the computer had searched for the best possible place to attempt a landing. He viewed that place now. A large lake. Garin took a sip of tepid water and scrolled through the data on his monitor one last time. The insertion coordinates approached.

No sense in delaying any longer.

Garin went through the preparations he had made one final time. The main engines of the Starseeker were solar powered and thus had infinite fuel but they were designed for long steady acceleration and not the brief strong bursts he would need during his descent. He had therefore turned the surface explorer ship so that its single working thruster faced forward and welded it in place on the Starseeker’s hull. Much of the fuel for the lander had escaped from ruptured storage tanks during the asteroid event, but he hoped there was enough left. Explosive charges were attached to the mounts that held surface explorer in place against the Starseeker’s hull. Garin hoped the computer link he had set up would allow the lander’s thruster to be activated remotely as planned.

If not I’m screwed, but I won’t be around to worry about it, will I?

When the craft was of no further use, he would detonate the charges and jettison the craft to get it out of the way. That would leave him with the maneuvering jets alone and they had a finite amount of fuel. According to his and the computer’s calculations, there would be just enough to reduce landing speed to a survivable velocity provided he landed the Starseeker in liquid.

Garin slipped on the skin-tight spacesuit only leaving the helmet secured to the handle of his chair. He fired the maneuvering jets and moved the Starseeker into position for its final descent to the ground below. In the beginning, only the readouts on his monitor told him the ship was sinking lower. Soon after, hull temperature shot up and the non-aerodynamic craft buffeted harshly as the atmosphere thickness increased. At timed intervals, the thruster from the attached surface explorer craft surged to life, slowing the Starseeker’s tremendous velocity.

The lander’s thruster winked out when the last of its fuel had been expended. Garin triggered the explosive charges and blew the lander free of the Starseeker. Attitude jets on the Starseeker burst to life correcting the trajectory change expelling the lander had caused. When the ship was on course again the thrust of the jets was shifted to the front and the ground rose to meet the ship quickly.

The jets sputtered and died, the last of their fuel gone. From here on, the Starseeker was an unpowered, unsleek glider. I hope my calculations were correct. I’m just a passenger from here, just cargo. There’s nothing more I can do, but go along for the ride.

Garin glanced through the front viewscreen to see land flashing by on each side in a blur. Starseeker hit the water causing him to surge forward against his restraining belts before the ship bounced into the air again. The second time it struck the water lasted longer, then it bounced into the air again. On the fourth bounce, part of the external structure was ripped away and Starseeker slewed to the left. More structure was ripped away and it veered to the right.

Each time the ship struck the water and before it skipped into the air again, it shed tremendous amounts of velocity and heat. Garin exhaled loudly when the ship settled to the water’s surface the last time and its speed rapidly decreased. The shore was half a kilometer in front of it once it stopped moving completely.

The Starseeker shifted abruptly, and instead of studying the shoreline, he gazed up into the sky. The ship settled ever lower and the viewscreen in front slipped beneath the water’s surface. Starseeker was sinking. Obviously, the hull had been breached during the landing and the interior of the ship was filling with water. Lights, artificial gravity, environmental controls, and the electrical systems continued to function. Garin felt it safe to assume that condition wouldn’t continue as more and more water flooded in.

That thought spurred him into motion. He jumped to his feet, grabbed his helmet which he attached to his suit, and dashed to the rear. In the galley, he stuffed condensed food packets into a bag then raced to the rear door. He noted the crew’s quarters was still dry, and after a brief stop to grab two changes of clothes, he dashed across the room. When he stepped into the equipment room, he saw water pouring in through the partially jammed open rear door. He snatched one of the extra spacesuits and stuffed the food bag along with his clothes into its cavity. Next, he gathered equipment, including a med kit, from the wall and shelves. He packed two water purifier units, two belts, each containing a holstered pistol and survival knife, flashlights, a fire starter, mini welding torch, and other equipment he deemed useful into the suit cavity. Water filled three fourths of the room by the time he finished. Garin grabbed a helmet and locked it in place on the suit carrying his supplies before he sealed his own helmet. The lights flickered and went out and the artificial gravity failed. Gravitational attraction abruptly changed. The floor was no longer down. Down was toward the rear of the sinking ship. The spare suit he had filled with supplies slid down the floor to splash into the water. Garin was right behind and plunged into the water as well. He switched on the suit lights in the now dark room.

While holding the spare suit, he dove under water and entered the decompression chamber. He manually opened the inner door and pushed into the chamber. Water filled the chamber behind him and he left the door open. Swimming across to the outer door, he opened it. More water rushed in and he held onto a handle waiting for the two sources of liquid to equalize.

Garin grabbed the spare suit and shoved it through the outer door ahead of him. When he was clear of the sinking Starseeker, he pressurized the spare suit. It jerked from his hand and shot toward the surface.

The ship struck the bottom of the lake and a billowing brown cloud of mud enveloped him, cutting of his view completely. Garin finished inflating his own suit and jetted toward the surface behind the spare suit. His head bobbed out of the water and he thrashed around in search of the suit containing his supplies. Spotting it, he swam up and reached an arm over the inflated suit. Garin unlatched his helmet, removed it, and inhaled his first breath of the planet’s air.

Having his suit deflated made it easier to swim, but he had to be careful not to let water pour in the neck opening and fill the suits interior. He spun in a circle until he was able to see the shore again. Pushing the inflated suit in front of him, he swam toward the shore that was several hundred meters away. When he finally reached it, Garin shoved the extra suit out of the water, then crawled on hands and knees to join it. He collapsed, panting and exhausted, on the sand. 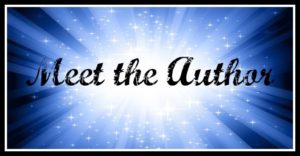