Kayos: The Bad & The Worse by Tracy A. Ball (Book Review) 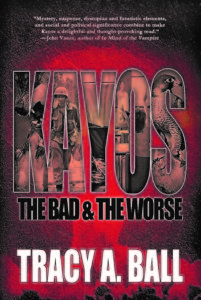 LAREINA ELLIOT, guidance counselor for Presque Isle Academy, discovered her idea for making students loyal to the government is being implemented in the Excellence Program to further the war. It has become her life’s work to undermine that effort. When she is arrested for being a Revolutionary sympathizer, her brothers, KAIDEN, FISHER, and SILAS rescue her with help from three of Lareina’s top students; ALEC, ORION, and YUKIYO. On the run but armed with intelligence and more, they seek to learn how she was exposed and by whom.

CHRISTIAN DEVERELL, the agent assigned to Lareina’s case is relentless. She can’t escape him. It doesn’t matter that he and Lareina are on opposite sides of the law, or that their history is dirty. It doesn’t matter that he commissioned her adopted brother, Silas, to assassinate her. The only thing of importance is his love for Lareina and his promise to protect her.

Silas MCKADE, soldier elite, Lareina’s secret weapon. The man who never misses is on the Government’s payroll to do whatever he likes to whomever he chooses. He has a death warrant for Lareina—the woman who means everything to him—and a heart full of hatred for Christian—the man he wants to be. He’s either going to break Lareina’s heart or stop it altogether. 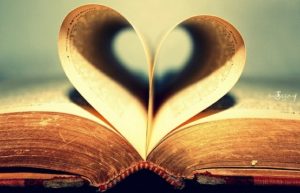 Growing up, most of us have played cops and robberies, superheroes, spy games, or something of that nature. For those of us with children, we have seen the good guy – bad guy playtime trend continue on. It’s the thrill of the chase, desire to go on covert missions, being a secret agent, stopping an enemy target and so forth that keeps seats filled for movies such as Mission Impossible, Bourne series, 007 and the list goes on. The cinema even captures the interest and hearts of the younger crowd with movies like Spy Kids, Toy Soldiers, and (yes) Austin Powers series.

No matter what role we see ourselves in — fighter, assassin, brainiac, mad scientist, villain, damsel in distress, double agent, or the dying hero — there’s a place for us all and so viewers keep shelling out money for their love of action and adventure. Rest assured, you’ll get plenty of explosive action in Kayos: The Bad & The Worse. Unlike some movies, you’ll NOT walk away from KAYOS thinking you wish it had more booms, surprises, heartaches, gun battles, or action. Tracy DID NOT falter in the deliverance of the triple A’s — action, adventure and awesomeness.

Oh yeah, she also treated us to a few smoochie moments.  😉

One Response to Kayos: The Bad & The Worse by Tracy A. Ball (Book Review)