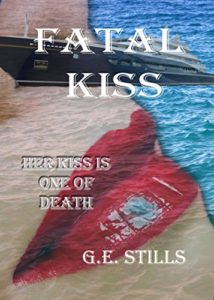 Small town raised with conservative values, Janelle has recently graduated from college. Her job search has been fruitless so far and she is facing mounting debt along with pending eviction from her apartment. When she finally receives a job offer, it is both unbelievable and disturbing. The offer requires her to cruise the world on a fabulous yacht for a year with all expenses paid. It also requires her to sell herself for that year in a Master, slave, relationship. The wages she will receive are beyond her wildest dreams, over a million K for the year. Will Janelle accept the offer or turn it down because of her conservative values? 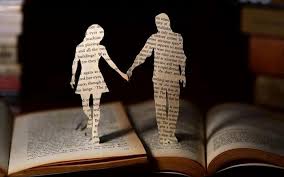 She slipped into the seat and dug into her briefcase, taking out one of her resume folders, which she placed on the desk and slid across to him. For a moment, Mr. Davis left the folder containing her resume untouched, and instead, openly studied her. Janelle shifted uncomfortably as his gaze traveled from her face and down. His brazen stare caused her to picture him inspecting a piece of meat at the grocery. One that he was contemplating purchasing. Instinctively, she clamped her legs closed.

“This interview is going to be unorthodox, Miss. Lawson, but your answers will carry more weight than your credentials. If I like them, I will offer you a job, if not…” he shrugged his shoulders.

Great, no pressure here. She squeezed her hands forming fists and resisted the urge to dry the sweat that developed on her palms on her skirt.

Mr. Davis opened the folder containing her resume and scanned it quickly, then slowed as he read the second page containing her personal information. “I see you’re from Oklahoma, and I presume a small town since it is unfamiliar to me.”

“Yes, it’s in the panhandle of northwestern Oklahoma.”

“Are your parents there?”

“My parents are dead.”

“I see. I’m sorry for your loss, Miss Lawson. What about a boyfriend…or girlfriend.”

She jolted at his question and wondered what it had to do with anything in an interview. “No boyfriend. I do have friends who are female, but that isn’t what you’re asking, is it? I don’t have any close ties if that is what you’re asking.”

“Good. I say good because the job will require extensive travel. Having close ties would complicate things. And yes, I was implying a female sexual partner.” What is your opinion of sex?”

His question sent shock waves racing through her. What type of interview is this? “Excuse me, sir?”

“Um, if you’re asking if I’m a virgin the answer is no. I’ve had boyfriends but don’t currently have one. I feel there should be a strong emotional attachment between a man and woman before sex enters the picture.”

“May I call you Janelle?”

What the hell? She did a slow pirouette as asked.

When she faced him again, approval shown in his eyes. “You are a very attractive woman, Janelle.” He examined the sheet of paper on his desk. “You’re height and measurements?”

You’ve got to be kidding! The thought of her mounting bills and desperation over possibly obtaining the job loosened her tongue and she divulged the information he asked for.

“Thank you.” He picked up his desk phone. “Kevin, would you please come over here to my office?” He nodded over his steepled his fingers.

Another man joined them while she still stood next her chair. He took station beside Mr. Davis. Kevin, she assumed, was just as handsome, with short, blond hair, blue eyes, and broad shoulders. Just like Mr. Davis, he wore an obviously expensive three-piece suit. He examined her openly, then said to Mr. Davis, “She’ll do just fine if she desires us to employ her.” With no further words, Kevin left the room.

Mr. Davis dug in one of the desk’s drawers and placed a sheaf of papers on top. “Please sit, Janelle,” he said, gesturing to the chair. He slid the papers toward her. “I know you’re confused right now and wondering what this is about. I will tell you a little about the job requirements, but this contract will explain them in greater detail.”

“Okay,” was all she could manage. This interview was far different than she had ever imagined.

“The job will require you to travel and live abroad for a year. Most of the time you’ll be living on a yacht that belongs to Mr. Parker and me.”

“And what will my work entail?”

He ignored her question. “I’m certain you’re curious about many things, including your salary. Your salary will be 85K—”

“Per month,” he continued.

“The job will begin in six months—”

“You can survive financially for that long,” he finished for her. He scanned the paper. “I’m well aware of that. I know a lot about you, Janelle. After you called yesterday, I did extensive research on you. I know you’re behind on your rent and your other bills. If you decide to accept the offer, those will be taken care of for the six months before the job actually begins, including having your student debts paid in full. Trust me, you will be busy preparing for the six months and you won’t have the time to worry about finances. You’ll continue living in your apartment because moving would be pointless since you will be leaving when your job starts. The rent will be paid ahead for the entire six months. You’ll receive eight hundred dollars per week to live on.” He peered into her eyes. “I’ll be frank with you, Janelle. Your attitude towards sex will need to change. During your employment, I will be fucking you. You’ll sort of be my girlfriend.”

Holy shit. Did he say what I think he just said? She studied Mr. Davis closer. Janelle estimated him to be in his early thirties. Okay probably ten to fifteen years older than me, but for that kind of money, I’ll be your paid girlfriend.

She grinned. “Despite my statement, I’m not a prude concerning sex, Mr. Davis, and having sex with you will not be a problem. You’re a handsome man. Besides, the generous salary you’re offering buys a lot of attitude change. What else will I be doing?”

He glanced at his watch. “I’m sorry to cut this meeting short, but I have another appointment. Read the contract; it contains more details about your employment. If you agree to the terms, sign it. I will need your decision one way or another by this time tomorrow. Thank you, Miss Lawson. I’ll see you at two.”