All Marisol Lewis had ever wanted was a family, but her ex-husband back on Earth made sure that would never happen while they were together. Now? After waking up on an alien planet, she has a plan, and she’s more determined than ever to see it through on her own.

Luca and Baelion are dragon shifters with a troubled past. Shunned by their own people, they now work for the Coalition Council taking rescue jobs that no one else can do. They manage to find Marisol when she gets abducted–but their rescue plans take a wrong turn, and they all end up stranded on a dangerous, quarantined planet.

Mari finds out the hard way that life often gets in the way of best-laid plans…and dragon shifters most definitely do get in the way of hers.

Good thing for her that dragons are naturally quite stubborn once they decide they want something–and they’ve decided she’s theirs.

“You’re so wet for us already,” the low sexy timbre of Luca’s voice only made her want him more. “I need to taste you.”

“Later, Luca. I need you right now.” She moaned as Baelion took one of her aching nipples deep into his mouth. “I can’t wait. Please.”

She boldly moved her legs farther apart, planting her feet flat on the mats. It was an unmistakable invitation—one Luca didn’t disappoint her on. He quickly rid himself of his shorts and then moved between her thighs, rubbing the swollen, thick head of his cock along her wet folds.

His only answer was a low growl as he slowly pushed his length inside of her, his eyes locked on hers. It was extremely intense. His gaze never left hers as he filled her up.

“Watching you take him is so fucking hot, Mari.” Bae’s voice from beside her snagged her attention. His own blue eyes were locked to where their bodies joined. He ran one finger down her stomach until it lightly made a slow path around her swollen clit, causing her to moan and tighten around the hard shaft buried deep within her.

“She’s so warm and wet, Bae. Feel for yourself.” Luca grabbed Baelion’s hand and guided it lower to where the root of him met her body.

Mari’s hips bucked up when Bae continued to rub a trail along her folds and then back up to her clit. Meanwhile Luca set a leisurely pace, thrusting in slowly and then retreating. She could feel the pressure building inside of her, and she sighed when Baelionmoved to capture her lips in a slow kiss.

The two of them continued their sensual torment, never letting her set the pace or tempt them to lose control. Bae had her arms gently pinned above her head with one hand. The thrill of being completely under their control seemed to electrify all of her senses. They were true to their word, completely tender in their care for her—but there was an intensity to their actions that was different than before. They were loving her so intently that it was her undoing.

“Oh God.” She whimpered into his mouth as Luca’s firm but steady pace lit her up until she was just on the cusp of orgasm. “Please, I need to come.”

“Come for us, little one,” Bae murmured as he finally pinched down on her swollen button, causing her to spasm all around Luca’s shaft.

“Yeeeessss.” She moaned as she came. All of the tension in her body finally broke and swept her away in a warm rush of pleasure.  Luca pushed deep one last time before he joined her, groaning her name.

Baelion still slowly stroked her as she came down from the high, Luca still buried deep inside of her. There was certainly something to be said for slow and steady. It was a different type of pleasure than the passionate coupling from their previous encounter, but no less impactful. It was more intimate. There was more tenderness in their touch, and it melted her.

“How are you feeling, Mari?” Luca leaned forward to slowly sip at her lips. She opened her eyes when he stopped, only to see that he had moved to kiss Baelion as well.

“Much more relaxed,” she murmured, hypnotized at the sight of their lips and tongues moving together. Her satiated libido suddenly roared to life once again as Luca withdrew his spent shaft from her and settled himself this time behind Baelion.

“And what shall we do with you, love?” Luca reached over the other man’s hip, moving lower until he grasped Bae’s turgid length and stroked it slowly. “Let us take care of you now.”

“I don’t want to make Mari sore.” Bae’s voice was quiet and strained with desire as she joined her hand with Luca’s on the other man’s cock.

“Move closer and give me your leg, Marisol.” Luca released Bae’s cock and pulled her thigh up to rest over both of their hips, opening her up to them.

She moaned when the wet tip of Baelion’s cock rubbed up against her sensitive clit, loving how hard he was for them. When he slowly slid into her, they both let out a long breath. He was slightly thicker than Luca but felt oh so good as he stretched her.

“Neither of you move.” Luca’s voice was thick with desire once again as he reached for the remainder of the julla leaves and collected the thick gel on his fingers before returning to his position behind his mate.

Baelion tightened his arms around Mari’s waist as he groaned low in her ear, his hips bucking slightly against her. She had a pretty good idea what Luca had done, and when he was once again tight against Bae’s back, she leaned over and kissed him, moving her hips slowly, working the thick length inside of her.

“Ahh, Goddess, this feels amazing.” Bae panted as Luca began to thrust into him and Mari continued to move along his shaft. “It’s too much. I can’t last long.”

She had a feeling that was Luca’s intention as he bit down on Bae’s shoulder, making the other man cry out as his hips bucked furiously, taking her breath away every time he slammed against her swollen clit. Mari could feel the force of Luca’s thrusts as he took Bae’s ass.

“Do you like being fucked by both of us at the same time, love?” Luca whispered into Bae’s ear, the dirty words only increasing her desire.

“Yes, I love it,” was Bae’s breathless response, sweat beading at his temple and then slowly making its way down the side of his face.

“Mari, come on his cock.” Luca locked eyes with her. “Make him come inside of you.”

She nodded and bit her lip as she reached down between their straining bodies. Her fingers slipped in the wetness before finding purchase, and all it took was two passes over her clit before her orgasm hit. She tightened around Bae’s shaft, urging him to find his own release.

“Mari!” he bellowed before sinking deep inside of her one last time. She could feel the tremors flow through him as he came hard, his peak, in turn, bringing Luca as well. His roar of completion rang out into the quiet night. 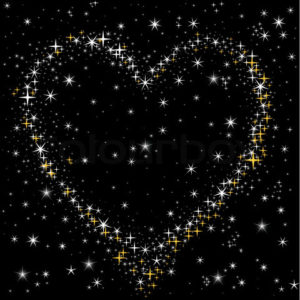 First Marisol discovered her husband, Jordan, had a secret vasectomy. Then, she wakes up on a alien planet, abducted by slave traders. Most women probably would be curled up in a ball, crying for a way home (Earth). But Marisol isn’t like most women. She decided to embrace the change and move forward with her plans to have a child. It involved signing a contract for donating her genetic material for a surrogate but, in the end, she would be able to afford the in-vitro treatments to birth her own offspring. Sounds pretty straightforward. No fuss, no muss. Oh, no, things definitely didn’t go as smoothly as she hoped.

She was kidnapped AGAIN and this time landed herself on a dino inhabited planet where there were monkeys with poisonous bites.

Things did take an upswing for her though. She wasn’t alone. She had two sexy men (dragon shifters) by her side. Her dragon rescuers used nature’s materials to create her a nice saddle with seat belts for an easier and safer riding experience. Oh, lets not forget they gave her a thorough and pleasurable riding experience while in human form, too — on more than one occasion. 😉

So really, when people say things might look better with a change of scenery, I guess they are right. Marisol only needed to travel lightyears away from home to find her HEA.

I’d like to end this review with a few final, quick thoughts.

**Mitch from How I Met Your Mother (episode, The Naked Man) was right —  The naked man move will work “two out of three times, guaranteed”…. Poor Delegate Bromm, better luck next time.  😛

Based off my quick three thoughts, I can’t see how anyone could pass up this short story. Really, the entire series is a must read!

Click on the book titles below for more information on books 1-4!

Sarah Marsh was born in British Columbia where she still lives, she has only recently began her writing career finding it the perfect outlet for taking the edge off a nine to five office job. Sheís been a science fiction and romance junkie for years and when her imagination started to take the characters sheíd read about even further in their adventures she decided to try writing something of her own.

Sarahís also a former pastry chef and spends a lot of time cooking and baking for friends and family as well as painting and knitting. Her biggest weaknesses are animals of any kindÖshe even loves the ones that wake you up at four in the morning because they can almost see the bottom of their food dish.

When it comes to life in general sheís a big believer that laughter is the best medicine and that thereís no such thing as too much love, which is why sheís such a sucker for a happy ending.