Do you ever wonder if there is other life out there in the Universe? Do you ever fantasize what that life may be like? What they might look like or the planets they might live on? How similar or different they might be from us?

The fourth book in my Coalition Mates series, Surrender, is all about confronting your past and your fears. You’d think that being abducted by aliens would scare any woman, but Sally is prepared to deal with that….it’s when one very sexy alien asks her to give something that she’s vowed never to give again that things get interesting! Seduce me with words.

Inspire me with passion.

Blind me with longing.

Break me with need.

Bind me with love

Sally Owens was content to spend her life hiding in plain sight, as long as no one got too close or tried to wrestle the reigns away from her that is…

When she goes out for a night on the town to troll for the new Mr. Right Now, getting kidnapped and shipped out into space was NOT what she had in mind. But above all else Sally is a survivor and she soon comes up with a plan to thrive in this new world.

Arkenon Quinn, Courtesan Guild Master on the planet of Sirus, is informed that one of the new human refugees wants to join the Courtesan Guild and he was of course curious. However, when he meets the audacious and beautiful Sally he finds himself signing up to be the one to mentor her against his better judgement. What he could never have anticipated was how quickly this fascinating creature would steal his heart and force him to do something he’s never had to do before- chase a female.

Will Sally’s painful past keep her from finding a future with the man who’s like no other she’s ever met? Or will she have the strength to place her body and soul in Arkenon’s extremely capable hands? 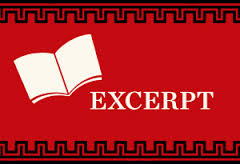 **please note the excerpt below contains graphic content and is for adults only!**

“Are you cold, love?” he said in a low whisper as he ran the back of his fingers lightly up her arm, leaving goose bumps in their wake.

Sally had learned in one of her classes that Sirotians had a type of pheromone control that was frequently used in their seductions. Initially she’d disregarded the possible effects, thinking that she had superior self-control and it wouldn’t affect her, but as Arkenon’s warm, spicy scent became stronger and stronger, all she wanted to do was roll around in it…and on him. So much for her super self-control. Her policy of lying to everyone, including herself, was once again coming back to bite her in the ass.

“Hmm, yeah…cold. I am a little cold now that you mention it,” she answered, unable to stop the shiver that rolled down her body and settled firmly in her now-very-wet pussy.

“You can lie to us both, little one, but I can smell your desire,” he answered with a throaty low laugh. “If I were to run my hand up your thigh right now under this beautiful dress, I know I would find your pretty little pussy dripping with honey just for me.”

Sally’s legs almost buckled as she imagined him doing just that and then pushing her up against the elevator wall and fucking her hard and fast. She knew that when the doors opened and Benic stood there taking in the scene before him that she hadn’t come anywhere close to masking the look of desire on her face. Damn it! She needed to come so badly Sally was starting to shake with the lust that was overtaking her. She assumed that this overwhelming feeling could only mean that Arkenon was cheating and using his Sirotian pheromone mumbo jumbo on her, freaking cheater. But as she turned her head and saw his heavy-lidded look and felt his massive erection straining against her thigh, she thought that perhaps he was turned on enough that he’d forget their terms and just fuck her already. Might as well try, right? After all, he was still a man, and most of the men she had experience with would cut just about any corner when it came to getting a little action. Now it was time to see if she could give his self-control the little shove it needed.

“Why don’t you see for yourself then, sir?” Sally asked in a low, raspy tone as she widened her stance, inviting him to do just that.

She tried not to look away from Arkenon’s face as he slowly backed her out of the elevator and up against a wall in the foyer, but out of the corner of her eye, she could see Benic raise an eyebrow at her taunt, then smile and shake his head as he came closer to them.

Arkenon wasn’t surprised that Sally was trying to tempt him into losing control of the situation. It was a tactical move that he’d assumed she’d mastered throughout her previous relationship history with submissive males. But he couldn’t say that he didn’t have a stronger reaction than he’d expected, making him want to dominate her even more. He had a plan, however, and he was sticking to it, and it started with Sally not keeping any secrets from him.

He pushed her back against the wall and slowly pushed her arms up above her head as he held her wrists in one of his hands, which he could see made her pulse jump.

“Benic, please see that Sally’s arms stay right where they are,” Ark said as the younger man stepped up to place his hand on Sally’s wrists.

Then he took a half step back and smiled as he saw a conflicted set of emotions run over Sally’s face. Her breathing was even more erratic, and she struggled with herself to relax and let Benic bind her. Ark could tell that she’d never let anyone restrict her movement before during foreplay or sex. Her reaction was genuine, and the dominant male in him reveled in the battle she was going through. When eventually he saw her mild panic move from confusion into lust, he was satisfied to continue, and he stepped back up to her, running his hands lightly along the sides of her breasts as he gently kissed her neck.

Sally was so distracted by his mouth that she gasped when his fingers quickly released the back of her dress and the green silk went sliding down her body. He continued to let his fingertips slowly drag up and down the sides of her chest until she was writhing in Benic’s grip.

“Please! Please touch me,” Sally said in a low whisper full of desperation that she hated to admit.

“Touch you where, Sally?” Ark asked her as he still used his fingertips to skim over first her breasts, then down her belly, and along the tops of her thighs.

“You said you wanted to touch my pussy. That’s where I need you,” she said in a whisper that had Benic, who was now standing beside her, groaning softly.

Ark could only frown and shake his head at the younger man, who’d fallen exactly into the obvious trap Sally had set. He had no doubt that if it were just the two of them here that Benic would be enthusiastically pumping balls deep between her thighs right now, giving her anything she wanted. He’d have to get Galen to work on Benic’s self-control a little more firmly. Sally’s eyes were closed, she was biting her lip in frustration, and it was a beautiful thing to behold. Ark slowly trailed his finger down her stomach, and when he got to her pussy, he had to stifle a groan himself when he found her folds soaking wet and swollen. Slipping one finger gently through the slickness, he gave her one light pass, circling her plump clit, and then moved back to leave his hand resting on her mound, which had her squirming in Benic’s grip again.

“Arkenon, please!” she whimpered, trying to arch up into his hand.

“What happened at the end of our meal tonight that upset you, Sally?” Ark asked her as he lightly teased the pad of his finger along her drenched pussy.

When Sally stilled for a moment and frowned, he could tell she was trying to clear her head to figure out what he’d just asked her. When her face evened out again and she bit her lower lip and looked down at him, he knew what she was going to say.

“It was nothing. I’m fine. I just need you to touch me,” Sally answered, rubbing herself against him as much as she could.

“One more chance, love, will you trust me enough to tell me what changed your mood?” he pushed.

He saw the lust slowly back down in her eyes, and the determination and anger rose as she looked back at him.

“I said that I’m fine. I don’t need you to fix me, Guild Master. I only need you to fuck me. Isn’t that what you do?” she snapped back at him.

Arkenon gave her a sad look, which only seemed to fuel her anger further as she looked back at him and raised an eyebrow, daring him to ask her again.

“Wrong answer, love,” Ark sighed as he leaned back and rose to his feet. “Only trust gets rewarded here. Lies will leave you wanting.”

(review request submitted by the author for an honest critique)
This is the 2nd book I’ve read from the Coalition Mates series and, I must say, Sarah didn’t fail to deliver the heat on this one either. Surrender contains acts of voyeurism, exhibitionism, spanking, anal and bondage play.
Also, she has sex scenes involving m/m, m/w, m/m/w, and m/m/m/w.
Sounds kinky, right?
Just wait until you read the chapter where Sally and Ark attend Galen’s get-together. Trust me folks, this is not a party where you’ll find couples yawning out of boredom. No, what you’ll read will have your temperature skyrocketing, legs clenching, and maybe you might even find yourself panting a little bit. 😉
Heart Rating System – 1 (lowest) and 5 (highest)
Score: ❤❤❤❤1/2

WANT MORE? THEN CHECK OUT BOOKKS 1-3 IN THE COALITION MATES SERIES!!