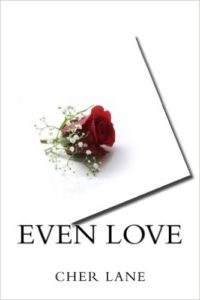 For Mackenzie Barton Taylor, known to the world simply as Kiz, modeling is beginning to lose its luster. She keeps thinking about her home in Texas, the baby she left behind, the man she loved and married. No other man has ever touched her heart the way he did. It is time to go back. Therefore, when her model agency opens a branch in Dallas, Texas, she jumps at the opportunity to run it.

But can a girl who abandoned all for a star-studded career in the big city go home to the small town she was raised in and reclaim the man she loves and the baby she abandoned, now fully grown? Can she convince them that she is sorry, that she’ll give up her life as a supermodel to be with them? As her husband has divorce papers prepared, Mackenzie fights to save what was once hers.

“I hate this stinky room. I hate this disgusting food. And I hate this ugly green hospital gown with no back in it,” Mackenzie Barton Taylor whined, a disgusted look on her perfect, young face.
Margaret Barton pulled her gaze away from the small bundle in her arms long enough to sympathize with her spoiled daughter. “Don’t worry, honey, I’ll get you out of here soon. In the meantime, eat your lunch. You need the strength.” Margaret eyed the food on her daughter’s tray and caught herself just in time from wrinkling her nose. She wasn’t exactly sure what it was. Mashed green beans and shredded turkey it looked like. Double yuck!
“I can’t eat that,” Mackenzie pouted. “Have you seen my body? My god, Mama, I’m fat! What am I going to do? The agency will never want me now,” she wailed, lying her head back on the pillow, she squeezed her eyes shut, hoping her figure would magically morph into her ‘before baby’ silhouette.
“You can and you will,” her mother said firmly. “I ordered a special, low fat diet for you. Within six weeks you’ll have your old figure back.” The baby cooed in Margaret’s arms. “Yes, that’s right,” she cooed back.
Mackenzie rolled her eyes at her mother’s obvious admiration for the infant. The baby was her infant, her daughter. A momentary feeling of jealousy struck her to the core. “She doesn’t know what you’re saying,” she scoffed.
“Yes her does,” Margaret insisted, making kissy noises with her  mouth as she gazed adoringly at the baby. Her first grandchild. Oh, my, that made her a grandma now. Not that she looked it. Margaret took impeccable care of her own self and had taught her daughter to do the same, just as she’d teach this little one in her arms. The women were beautiful. Not that the Barton men noticed, so the women had to keep telling themselves. “You’re beautiful, yes you are,” she crooned to the infant.
“Mama, let me hold my baby,” Mackenzie demanded. That got her mother’s attention. She smirked in satisfaction at Margaret’s expression of disbelief.
“I thought we agreed that it’d be best if you didn’t, honey,” Margaret protested.
“Why? Because I might change my mind and decide to stay?” Mackenzie asked belligerently. “Don’t worry, Mama, that won’t happen. I’m not going to be one of those young yay-hoo mother’s, pushing the stroller down the street and eating an ice cream cone, butt cheeks hanging out of too short short-shorts. Yes, I’ve seen ‘um,” she assured her mother, at her shocked expression. “You try to keep me away from that side of town, but I’ve driven through it. Me and Katina did one day. We wondered what happened to the girls who got pregnant and dropped out of school. Slumville, that’s where they go.”
“Katina and I,” Margaret corrected. “Well, good, then you understand why Josh must never know about this baby,” she declared triumphantly. “He might insist on keeping you here. The boy can’t support himself, let alone you and a child. You’d be just like those yay-hoo girls.”
“No, I wouldn’t,” Mackenzie protested. “You and Daddy would take care of us. Wouldn’t you?” She loved taunting her mother and making her re-avow her maternal love.
“Mackenzie,” her mother said in a threatening tone. “Behave.”
“Ow! Mama,” Mackenzie complained, trying to shift to a more comfortable position in the bed. “Why did you let this happen to me? Huh?”
“Don’t put the blame on me, missy. I’m not the one who went out her window at night to go fuck that no good Josh Taylor,” Margaret admonished.
“Mama, how can you say that word?” Mackenzie asked, astonished. “You’d wash my mouth out with soap if I said it.” “Yes I would,” Margaret agreed, “so don’t even think about repeating it.”
“Don’t worry, Mama, it’ll be a long time before I can fuck anybody again,” she groaned, turning over on her side. “I’m not even sure I’ll want to, after going through this.”
“Mackenzie,” Margaret warned, giving her daughter the evil eye.
“Fuck, fuck, fuck, Mama. Now go ahead, wash my mouth out with soap. It’ll take my mind off the pain in my ass,” Mackenzie taunted.
“Mackenzie Page Barton,” Margaret threatened, “just wait until I tell your Father.”
“Taylor, Mama. You forgot Taylor. I’m Mackenzie Page Barton Taylor now and I’m not afraid of Daddy. He’s not around enough for you to tell him anything,” she scoffed. “Now hand me my baby.”

Cher Lane lives in Texas with her husband, four cats and a dog. She has three sons and one daughter, two step daughters, 15 grandchildren, and five step grandchildren. When she’s not writing, she enjoys working out, going for walks, swimming, sewing and cooking.
Twitter Link
Facebook Link