Nothing Is Lost In Loving by Brenda Moguez (Book Review) 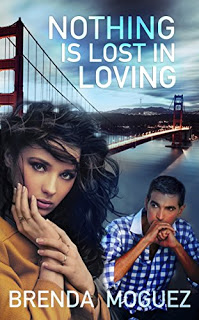 When Stella Delray unexpectedly loses her job a week before Christmas, which is also the anniversary of her husband’s death, she is forced to stop talking to his ashes, come to terms with her loss, and get her life back on track for her young son’s sake as well as her own. She never expected that posting an ad on Craigslist would send her into the arms of not one but two men, one of whom is her former boss. Now she’s working as an admin for a retired Broadway star, bookkeeping for an erotic video production company, and writing love letters for the mysterious “Oaklander.” Adding to the craziness of her new life, her monster-in-law resurfaces and the father-in-law she never met shows up on her doorstep. With the guidance of her best friend, Bono, Stella will learn to redefine the rules she’s always lived by.

Life is a tricky bitch. There are ups, downs, and sometimes it throws us a helluva curveball where you don’t know right from left or up from down.
Stella was a recipient of such a curveball. She lost a husband to cancer, her job…..herself.
On the anniversary of her husband’s death, she decided it was time to live again. You could say the butterfly was finally emerging out of her cocoon. The emergence brought about a whole new set of woes and revelations.
Broken bridges started to rebuild, new relationships started to form and she realized, no matter what life threw at her, she would survive.
All it took for her to discover herself was stepping out of her comfort zone.
She met some very interesting people along the way: Gus (ruggedly handsome man who brought passion back into her life), Joel (the nutty poet), Lucille Gantry (who is nutty in a eccentric sort of way), Buck (owner of a porn studio, a real charmer who resembles Magnum PI), and Outlander65 (a man who opened her eyes the most about living again).
Bono was correct in her summation about Stella’s life. It had turned into a soap opera. Heck it even featured a flirtatious doctor; because all good soap operas have at least one.
My only complaint would be about Jack. I wish Brenda would’ve kept things in the friend zone. The last thing he needed to do was pursue Stella while going through a separation. Especially since Stella was ‘getting back on the horse’ after being out in the pasture for twelve years. Cowboy reference seemed fitting since Bobby, her deceased husband, is in “Cowboy Heaven” (Santi’s words).
Speaking of Santiago, her 8 year-old son, he brought light, joy and tears to those around him. I was moved by the song he sang to his father; the day they released his ashes. The chapter he asked if Father Christmas brought daddy presents in “Cowboy Heaven” was also a very emotional moment for me. I’ve lost two parents, one about his age, so I can empathize with his emotions at such a tender age.
What a sweet, loving young man.
I’d like to end this review with one final thought.
As I stated in my initial sentence, you never know what each day with bring. You’ll have bad days, good ones, and somewhere in-between. Brenda has portrayed this quite well. She’s also showed us, the readers, how strong we all can be. Life moves on and we must move on with it. Embrace the bad, cherish the good, and be thankful for those quiet moments because you never know when things will go haywire again.
Heart Rating System – 1 (lowest) and 5 (highest)
Score: ❤❤❤❤
Kindle Purchase Link
Print Purchase Link (Amazon) 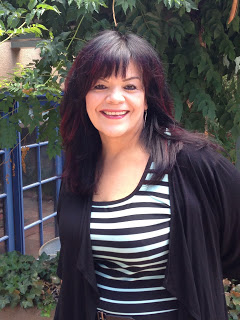 Brenda Moguez writes the kind of stories she loves to read–women’s fiction, starring quirky, passionate women who are challenged by the fickleness and complexities of life.
She’s particularly drawn to exploring the effects of love on the heart of a woman. She has aspirations for a fully staffed villa in Barcelona and funding aplenty for a room of her own. When she’s not working on a story, she writes love letters to the universe, dead poets, and Mae West. You can find her at http://www.brendamoguez.com where she explores passionate pursuits in all its forms.
https://www.facebook.com/BrendaMoguez
https://twitter.com/BrendaMoguez