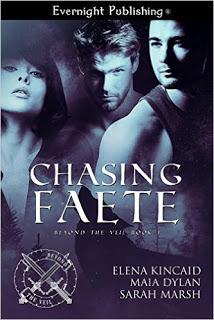 Erica’s been on the run from her parents’ murderer for years, but her luck has finally run out. She finds herself caught by the man who tortured her for years, but she’s prepared to fight him rather than go back to the Fae King. She almost thinks she’s hallucinating when two wolf shifters appear out of nowhere to save her—but that could be the blood loss talking.

Leo and Ben are thrilled to stumble onto the scent of their mate as they were on a routine patrol. They follow their noses and barely find her in time, wounded and battling with a group of armed Fae. Life is about to get a whole lot more complicated when it comes to mating their little pixie.

Erica can’t deny the bond she feels with her wolves, but will the need to avenge her family and change the fate of the Fae realm cost her the loves she’s waited so long to find?

(review request submitted by Sarah Marsh  for an honest critique)
Amazon has this book listed as erotic and the site couldn’t get it any truer. These three (two wolf shifters and a Fae woman) started having sex within 24 hours of meeting each other.
~~ Need help relaxing? Answer: sex. Yup, the BIG O is better than a Valium.
~~ Awake and feeling hungry? Of course, sex should be on the menu. Right?
~~ Feeling blue? Let me cheer you up with my schlong.
~~ Victory sex. Not a question. 100% statement!
Now with all the nakedness happening, I would change one thing within the scenes. In chapter 7, I would’ve changed this phrasing, “pussy leaked”. For me, that was a 100% not attractive usage of words. Cockheads should “leak”, not vaginas.
As for the plot, there is a battle of epic proportions. Wolves, bears, cougars and some pissed off Faes.
Speaking of Faes, I’d love to have Erica’s power of healing. As a parent, that ability could come in real handy.
Oh and speaking of cougar-shifters, I have one word to describe Braxas —–> Meeeeoooowwww! 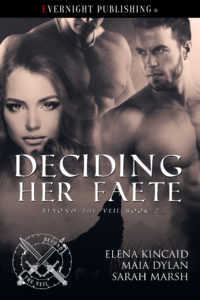 April always knew that she was a little different. She spent most of her life trying to forget that fact, but when her instincts tell her to pack up everything and move to an entirely different country, she can’t help but listen … and then a handsome stranger comes to her rescue one night. The force of her connection with Jason and then later, his brother Donovan, pierces her soul. When she and Jason are abducted by a crazed maniac, claiming that she isn’t human, she doesn’t know what to believe in anymore.

Jason and Donovan had taken a huge risk when they left their pack in the hopes of finding their mate. April is everything the brothers had ever dreamt about, but she’s even more special than they know. The battle between their enemies on the other side of The Veil comes crashing into their lives at the worst possible time, just when Jason and Donovan now have something precious to lose.

Will April be able to accept the truth of her real heritage and embrace it in time to find her happy ending?

(review request submitted by Sarah Marsh  for an honest critique)
There are two things I love when reading any book.
1.) Strong characters
2) Plot twists / surprises
Sarah Marsh, Elena Kincaid, and Maia Dylan delivered on both. I won’t go into detail because I want you to be surprised by the many WTF unveils. However I will say the end of chapter twelve (12) was remarkably shocking and I loved Jason’s reaction to what occurred. Trust me, his reaction was absolutely justified.
I also thought the usage of April’s glowing palms during sex was both arousing and, during one point, comical. This will all makes sense once you read the sex scenes. They left quite an impression on the men in more ways than one. 😉
In regards to the plot of the missing women and the Fey, this will all come to head in a battle where three women, (Erica, April, and Corinne) demonstrate their skill-set and why anyone should think twice about going up against them. During this section, another bomb is dropped and we meet Ishaya. I already heart him. <3
For those who recall Braxas, he’s back and delivering ANOTHER game changer. (See epilogue)
Folks, I for one hope these authors deliver us part three of Beyond The Veil sooner rather than later because Sarah Marsh, Elena Kincaid, and Maia Dylan left us with one helluva cliffhanger! 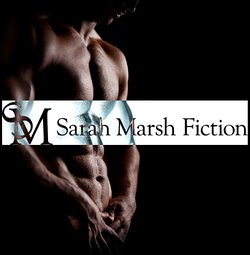 Sarah Marsh was born in British Columbia where she still lives, she has only recently began her writing career finding it the perfect outlet for taking the edge off a nine to five office job. She’s been a science fiction and romance junkie for years and when her imagination started to take the characters she’d read about even further in their adventures she decided to try writing something of her own. 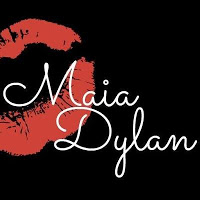 Maia Dylan lives, loves and works in beautiful New Zealand.  She married her best friend and they have two adorable, but stubborn children who obviously take after their father.
Maia’s career has featured a lot of travel, and she has filled her time at airports and in the air with books, books and more books.  Her love of erotic paranormal romance has seen her amass a huge library.  She has been an avid reader and lover of ménage romances since she read her first book in this genre about three years ago.
Outside of writing, Maia loves to eat, so she loves to cook!  Her herb garden is legendary, but she still has issues getting tomatoes to grow.  She’s been a performer for years, and has even sung on international stages, she would love to own a classic Ford Mustang one day and of course have the opportunity to race it on a race track without fear of a speeding ticket.
Although ultimately her dream is to be able to write full time on a sandy beach with a Mai Tai at hand, she is quite happy to fit her writing in when she can.  As long as someone reads her books, gets a laugh and maybe come to love her characters and much as she does, then she feels that she is living her dreams no matter what!
Amazon Authors Page US / Facebook
Street Team FB Page / Goodreads 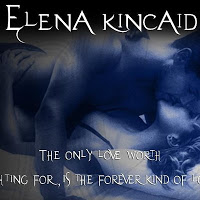 She was born in Ukraine and raised in New York, where she currently lives with her daughter. She graduated college with a BFA in creative writing and In addition to writing, she also started a graphic design business a few years after graduating. When not working, Elena loves to spend time with her family, travel the globe, curl up with a good book, and catch up on her soaps.