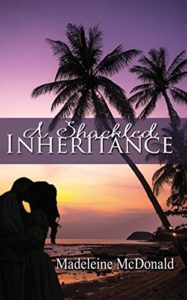 Spinster Abigail Carrick faces a frugal existence in dour Scotland—until her father’s will reveals she has two unknown half-sisters. Free women of color, they will share her inheritance of a sugar plantation in the Caribbean. Against all advice, Abigail crosses the ocean to meet them. Fellow passenger Euan Sinclair offers her welcome encouragement. As their friendship deepens, the young lawyer is torn between attraction to Abigail and his loathing of slavery. His principles also clash with his duty, for his legal mission is delicate and he dare not fail. Fate throws the slave owner and the abolitionist together, on an island gripped by rumors of a slave revolt. When Euan meets Abigail’s family, will her alluring sister Desiree steal him from her?

(review request submitted by the author for an honest critique)
Let me begin this review stating I give props to Madeleine for depicting the harshness and hardness of a slave’s life. To see anyone abused, mistreated in any decade, at any age, is unthinkable and deplorable. I can’t fathom how someone can treat another person so cruelly. Despicable!
You know what else is despicable? A vast majority of the characters in A Shackled Inheritance.
Euan: His behavior towards Abigail after he met Desiree, the sister, was piggish. He saw a beautiful woman and suddenly the woman he expressed having “more” with is pushed to the farthest reaches of his mind. Euan is a louse.
Abigaai: I wasn’t too fond of her either. She, like Desiree, seemed too consumed with money.
Desiree: She was a vile, human being.
Their 1/2 brother, Jericho, was no better. His only saving grace was his love and devotion to Rosie. Theirs, too.
That poor, sweet child deserved more than what life dealt her.
As you can surmise, this book was extremely difficult for me to read because it was absolutely depressing to read.
At least it ended on a HEA so that’s something.
Heart Rating System – 1 (lowest) and 5
(highest)
Score: ❤1/2
GET YOUR PRINT  or KINDLE COPY TODAY!! 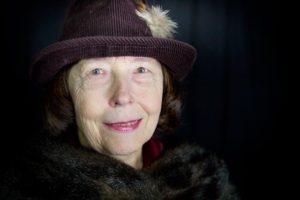 Madeleine McDonald has been a voracious reader since childhood. Her early career took her to France, where she lived in the Dreyeckland, the three-cornered land where France meets Germany and Switzerland. Life on the border sparked an interest in the region’s history and tangled loyalties. Conflicted loyalties have been a theme running through her short stories and longer fiction.

5 Responses to A Shackled Inheritance by Madeleine McDonald (Book Review)