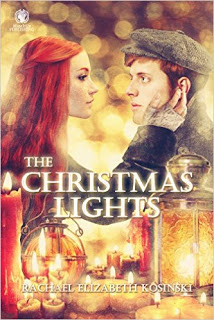 “Where do Christmas lights come from?”

The tiny bulbs of color that burn on a Christmas tree, or outside a house to shine in the night; does anyone really know where they originate? What if someone told you they weren’t intended for Christmas at all, but really for a miracle? That they were for love, a desperate idea, to light a boy’s way home?
In that case, you must have some questions. What boy? What love?
In that case, allow me to tell you a story.
KINDLE PURCHASE LINK

(review request submitted by the author for an honest critique)
With the holidays quickly approaching, many of us (like myself) are on the look-out for a sweet Christmas story to get us in the mood for the impending festivities. In my humble opinion, “The Christmas Lights” had the makings to be included in Hallmark Channel’s Countdown to Christmas.
Incase you are wondering why it had the goods to be turned into a tv movie, let me enlighten you about this novella.
We have a young man, with barely any money in the bank, with his heart set on marrying a young woman. Before Louis and Emmy can tie the knot, he needs to secure their future. In other words, they need money and now. He sets out on a journey to earn cash, which will have many high and low moments.
As you would expect from a contender for the Hallmark Channel, all good things come to those who wait.
Louis not only found success, but he also made invaluable friends along the way.
One friend, Fabergé (yes, thee Fabergé) came to his rescue and ultimately changed his whole world.
If this was a fairytale, Fabergé would be Louis’ Fairy Godfather.
Oh yes, Louis proved to be a very lucky, lucky man. 🙂
Now with all the positives, I must state why I gave The Christmas Lights a three. For me, I wanted to see more interactions between Louis and Emmy. I wanted to see their love blossom and grow, not just hit and miss moments through letters. If we had more showings of their love, besides the beginning and end, the score would’ve been easily a 4. Possibly a 4 1/2.
Overall, I do think many people will enjoy this story while sipping on a mug of hot cocoa or apple cider.
Heart Rating System – 1 (lowest) and 5
(highest)
Score: ❤❤❤1/2
KINDLE PURCHASE LINK 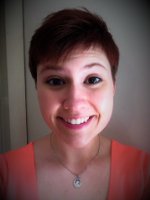 When she was little, Rachael Kosinski wanted to be a paleontologist, an Egyptologist, an astronaut, a Broadway actress, a nature photographer for National Geographic, and the next Jane Goodall. Instead of being a new link between man and chimp, or discovering a planet suitable for sustained human life, or maybe even winning renowned fame by stumbling across an undiscovered dinosaur, Rachael finally decided that, if she never became a writer, she would simply die. Several years later, she now possesses a quirky knowledge of world mythology, an addiction to coffee, and a penchant for making over-expressive faces at her laptop.
Goodreads
Website
Tumblr
Amazon

5 Responses to The Christmas Lights by Rachael Kosinski (Book Review)