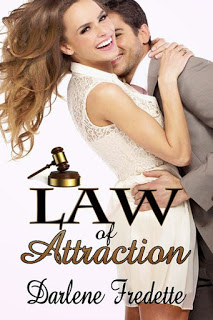 Lawyer Christina Crawford has a successful career and stable financial future, but is it enough? Her world is disrupted when a routine divorce case means working with a man she never expected—or wanted—to see again. During their first meeting, she can’t deny a connection still exists. Her head warns her to run, but her heart yearns to stay.

Steven Mitchell is ruthless in the courtroom, but outside those doors, his easy charm, good looks, and unlimited stream of female companions gives him an unscrupulous reputation. Six years ago, Christina saw beyond his façade, but the emotions she evoked scared him and he pushed her away. Now he wants a second chance and he is determined to get her back…even if he has to play dirty.

(review request submitted by the author for an honest critique)
Five years ago, Christina meets Steven through work, they go from despising each other to liking one another to becoming much more (in a span of three weeks) and is it no wonder why trust wasn’t ever fully achieved.
It takes time and patience to build up trust. Seriously, I don’t think this can be achieved in 3 weeks, especially given their rocky start. (He questioned her character upon their first face-to-face meet.)
He goes from  0-60 without thinking causing him to make one disastrous judgment call after another. All those years ago, his rash actions got her fired, tarnished her reputation, and hurt her in every way possibly.
Stephen really needs to learn to think before he speaks. His actions/words keep hurting her, even after they meet again due to a case they are both representing counsel on.
Present day: Stephen’s mouth doesn’t seem to know when to quit. He still hasn’t learned the importance of slowing the eff down.
With their history and his present attitude, I’m thoroughly surprised how quickly she melted in his arms…. again.
As you can guess, I wasn’t a huge fan of their coupling.
Sure, he was sweet towards the end. The letter to her, nice gesture. IMHO, one small gesture doesn’t erase a multitude of  pain.
The only saving grace was Vince. Now him, I couldn’t get enough of and I think you’ll agree with my sentiments after you get a taste of him.
Heart Rating System – 1 (lowest) and 5 (highest)
Score: ❤❤
PURCHASE LINKS : KINDLE / PAPERBACK

An avid reader since childhood, Darlene loves to develop the stories swimming in her head. Following a career path in administration, she excelled in the art of editing and design, which eventually led to a position as Director of Administration and Marketing.

Darlene resides on the East Coast of Canada with her husband, daughter, and Yellow Lab. When not working on her next book, she enjoys spending time with her family.

2 Responses to Law Of Attraction by Darlene Fredette (Book Review)