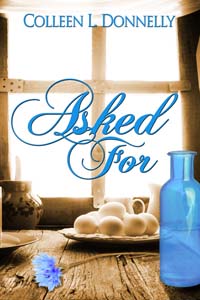 Lana was young when Cletus asked for her. Barely more than a girl when he offered to give Lana a home and her grandmother a pittance to help her survive if Lana would become his wife. Cletus was older, a widower who wanted a wife young enough to be uncomplicated and give him sons. He cared nothing about pretty, and he had no desire for a bride. Just a wife, and only sons.

Lana gave Cletus more daughters than sons, lastly giving him James, the one Cletus referred to as That Boy, the one he claimed wasn’t his. Isolated and without love, Lana forged ahead as mother, as a disappointing wife, the beauty Cletus dismissed in her seen by others who offered their support. Jim, her childhood friend, who never thought she’d be taken away so young to be someone else’s. And Mr. Morgan, Cletus’ nemesis, who said to James, “Your mother’s the most beautiful woman I’ve ever known.”

Did she or didn’t she? Was Lana faithful or not? James has the key, That Boy who looks nothing like Cletus, but who walks in his shoes more than anyone else.

(review request submitted by the author for an honest critique)
From the very beginning of Asked For, it’s apparent Lana’s life was not going to be the fairy tale life most little girls dream about. While she’s still in 8th grade (time period 1920’s), she forced to wed Cletus. He doesn’t want a typical marriage with love, laughter, and equal partnership. No, he basically wants a workhorse who will bear his children….preferably sons. It’s obvious by his behavior girls are subpar. Heck, he showed no love for his sons either.
Really, the only one he seemed to love was himself and that was debatable.
Lana, though, loved her children with all her heart and, in time, grew to love herself. Glen, the true gem of the story, brought much joy to their family. He wasn’t her husband, nor the father to her children, but he showed more attention, love, patience, and support than Cletus.
He was their family. He was the man Cletus should’ve been and the man James (youngest child) mirrored.
Word of warning……
Asked For is not a fast pace, gotta keep reading until I fall asleep, story.
No, it’s rather slow at times.
However I believe every aspect of her life, the good and bad, were vital in us (the readers) understanding the true depth of Lana’s strength & determination to have a better life for her children.
Heart Rating System – 1 (lowest) and 5
(highest)
Score: ❤❤❤
PURCHASE LINKS:
PAPERBACK / KINDLE 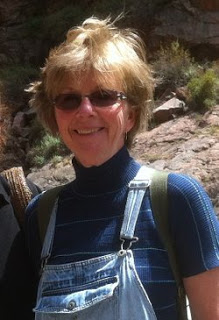 Colleen L. Donnelly has her roots in the rural Midwest of the US, but moved around and explored other cultures as an adult. Those other areas were fun and they were exciting, but…there’s no place like home, so she’s back in the Midwest.

Colleen works as a laboratory technician by day, but spends her evenings writing, poised in front of her laptop until she can’t think any more. Her story ideas come from observing people, pondering their dilemmas, and adding a twist of her own.

Other interests are/have been bicycling, antiquing, anything outdoors, furniture refinishing, and raising pets or small barnyard types of animals. Last thing in the world she would be caught doing – “vegging” in front of a television. She loves a good movie on occasion, but most of the time, the TV is off.

5 Responses to Asked For by Colleen L. Donnelly (Book Review)