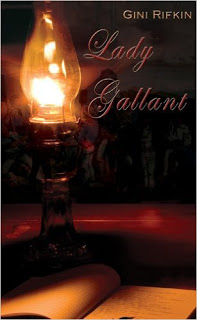 Disowned by her father and still mourning the death of her fiancé, Josephine Posey joins Florence Nightingale’s brigade of nurses bound for the Black Sea. Thousands of British soldiers desperately await these angels of mercy and a new life awaits Josie. Amidst the chaos of death and despair, she finds a spark of hope, lighting the flame once more inside her soul.

In search of the truth, Garrick Allen, one of Britain’s first war correspondents also journeys to the Crimean Peninsula. To him the soldiers seem all but abandoned by Queen and country, and as he smokes his cheroots and makes friends with a bottle, he writes his bold but honest dispatches for The Times. Not wanting anything more than to finish his job and go home, Garrick is blindsided by a nurse with attitude who offers him a new slant on life and a reason to love.

(review request submitted by the author for an honest critique)
With any war, we are well aware of the horrors the brave men and women face on the battlefield. However, we sometimes overlook or take for granted the doctors and nurses who treat the fallen soldiers. They, too, feel the pain of combat. They get attached to their charges, lose friends, and push on to “fight” another day.
In Lady Gallant, Posie fought to heal the soldiers while attempting to keep their spirits high. A prime example was the Christmas tree she procured for them. She didn’t have to but it was in her nature to go the extra mile.
Mose (her invaluable helper) was equally dedicated to his job, too. It was a shocking and sad moment when Cholera took hold of his body. The love bestowed upon him while in his sick bed was extremely touching and showed his worth in the eyes of his friends.
Garrick: He started off gruff but it didn’t take long before he showed us his romantic side. He could easily be described as a  knight in shining armor because he literally rescued Posie on more than one occasion.
The last time solidified their relationship which ended with……. you guessed it, a happily ever after.
Now if I had to change one thing about this story is would be to add more moments with Posie’s best friend, Gemma.
Their interactions added a bit of lightness to a rather (at times) intense story.
Heart Rating System – 1 (lowest) and 5 (highest)
Score: ❤❤❤1/2
KINDLE PURCHASE LINK
Amazon Print Link 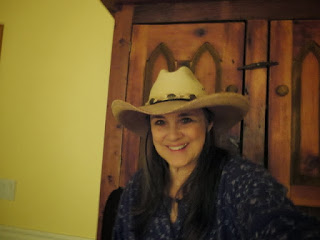 Gini Rifkin writes adventurous romance, past present, and into the future. Her settings include the American West, Medieval England, Victorian England, and contemporary fantasy. When not reading or writing, she has the privilege of caring for a menagerie of abandoned animals including ducks, geese, rabbits, goats, donkeys, and cats. She was born and raised in Illinois where she went to school to become a registered nurse. When struck by wanderlust, she moved to Colorado and met her husband Gary. They shared the journey for 30 years, spending vacations canoeing, doing Mountain Man reenacting, and traveling around this great country. Although Gary has passed on, he left her with the skills to soldier on alone, and a little bit of him lives on in every hero she creates. Her writing keeps her hungry to keep learning new things, and she considers family and friends her most treasured of gifts.