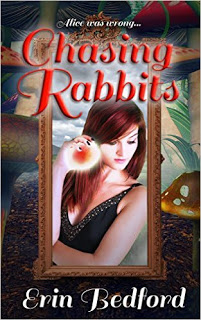 Alice was wrong – Wonderland wasn’t so wonderful after all.

Kat never expected to be back in her hometown, but when house sitting turns into a mad rabbit chase, Kat finds herself with a whole new set of problems.
A two headed bird with a Game of Thrones obsession, a party full of tea addicts, and a Cheshire Cat who could seduce the pants off her grandma? And if the citizens weren’t bad enough their prince was off his rocker.

This wasn’t your run of the mill Wonderland. This was the Fae world, where rules are rules, and some things are exactly as they seem.

(review request submitted by the author for an honest critique)
Like Alice’s Adventures in Wonderland & Through the Looking-Glass by Lewis Carroll, you’ll encounter many unique beings in Chasing Rabbits. Example: two-headed birds, a talking wall, and a brownie. You also see some familiar names in Underworld but, trust me folks, these characters are NOT as how you remember them.
Case in point: Caterpillar is a woman who seems to fancy both genders. Cheshire Cat reminded me of Dave Navarro (Ink Master and musician) but with a tail, and Trip (the sort of rabbit) spoke like Sméagol from the Lord of the Rings series.
Chasing Rabbits sounds pretty damn interesting, huh?
How about if I say this all takes place in the world of Fae?
If you are familiar with them, you know their allure and the trouble interacting with them can cause.
Yeah, I think some interests have certainly been peaked.
Oh, one final character worth mentioning —- Alice. She’s also featured in Chasing Rabbits but her role has been altered greatly. I always thought she was a snotty twit in Carroll’s tales but in Chasing Rabbits I found her to be ….. the same. 🙂


Me and her, without a doubt, wouldn’t be bosom buddies. Heck, no one seems to be particular fond of her in Underworld.
Wonder why? Then buy the book and gather your own opinion of her and this tale.
Happy Reading!!
Heart Rating System – 1 (lowest) and 5 (highest)
Score: ❤❤❤❤1/2 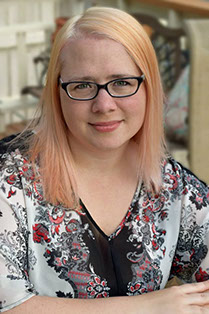