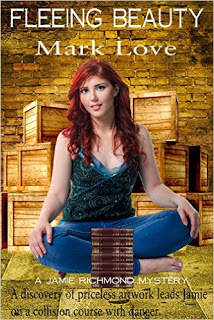 Jamie Richmond used to live a nice, quiet life. But last fall she witnessed the shooting of a police officer and figured out who did it. Then this winter saw her best friend targeted by a stalker and kidnapped. Yep, Jamie solved that one and came to the rescue. Now it’s summertime and the living is supposed to be easy. All she wants to do is write her novels and spend free time with Malone, the guy who has been by her side since all this craziness began. But that’s not likely to happen.

Jamie’s father was a very successful sculptor who tragically died more than twenty years ago when she was just a child. What she remembers about him is little more than bits and pieces. A storeroom filled with crates of his work is discovered in an old converted factory. This potential fortune in artwork has been waiting all these years.
Jamie recruits Malone and a few close friends to help her unpack the crates and bring her father’s gifts out to the light of day. News of this discovery leads to a robbery. Now Jamie is determined to figure out who is behind the crime.
Kindle Purchase Link
Print Purchase Link

(review request submitted by the author for an honest critique)
Unlike Devious, I didn’t completely solve the mystery of who stole the sculpture,”Spring Dance”. I was only 1/2 correct due to a couple of surprise guests. Even the characters in the story were like — Who the %*#! are these guys?
Talk about throwing us a curveball!
I will say, before the story ends, Mark will explain almost everything. Jamie still needs to solve the puzzle box left to her by her deceased father, and we still don’t know Malone’s first name.
I will say this, after their near death experience, he started to tell her and she stopped him.
I could NOT believe it. Mark, you are such tease. 😉
This is one of those times I wish these weren’t fictional characters. If they weren’t, I would ask Malone to whisper it to me…. Nice and slow… *winks*
Heart Rating System:
1 (lowest) and 5 (highest)
Score: ❤❤❤1/2
Kindle Purchase Link
Print Purchase Link 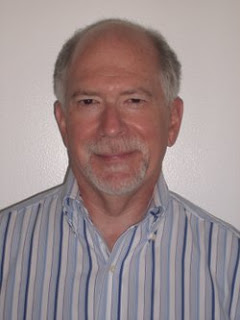 I am a Michigan native, who up until recently lived in the Metro Detroit area, where crime and corruption always seem to be at the top of everyone’s news. So there’s always the chance to find something that can trigger a story idea and enough interesting characters to jump start your imagination.

While I have worked in many industries and career paths over the years, one of my passions has always been writing. I was even able to parlay that passion for a while, working as a freelance reporter for a couple of newspapers in the Detroit area. Writing features and hard news helped me hone my talents. But while newspaper work was interesting and paid a few bills, it was a far cry from the fiction writing that I enjoy the most.

I’ve always been drawn to mysteries and thrillers, the kind of stories that have a fast pace, that keep you moving and keep you guessing as to what’s going to take place next. Mix those in with some elements of crime, perhaps a glimpse of the seedier side and you’ve got me. So it’s always been one of my goals to write stories like that.

While taking a creative writing course in college, the instructor suggested I might have more success getting short stories published first. So I focused on short stories. And he was right. I was able to publish a number of these in small press magazines. Seeing my name and stories in print was definitely a kick. I realized my short stories looked like episodes from “The Twilight Zone” or “Tales from the Crypt”, with a mix of humor and an unexpected twist at the end. Recently I packaged three of those together and published them on Amazon under the title “Three to Get Ready.”

A few years ago I discovered a new online publisher looking for novels. I submitted one, a mystery/romance story for consideration. They jumped at it. Then I submitted “Fade Away” a thriller with a little sci/fi twist. They wanted that one too. Two more years and two more books were published. But sadly, they folded their operations. Fortunately, all the rights reverted to me. So I decided to put two of my novels, “Fade Away” and “Desperate Measures” on Amazon’s Kindle Prime and see how things go.

I also have a series that could be considered Mystery/Romance that have been released by Secret Cravings. “Devious” and “Vanishing Act” were published in 2013 as part of the Jamie Richmond Mysteries. The third book “Fleeing Beauty” was released in October 2014.

I am pleased to add that “WHY 319?” was published by Black Rose Writing in September 2014. This is a police procedural mystery, where a serial killer is leaving their victims in room 319 of different motels around suburban Detroit. The killer leaves the message ‘Why 319?” written in the victim’s lipstick on the bathroom mirror.