Climb Up the Steel Mountain by Len Steiner (Book Review) 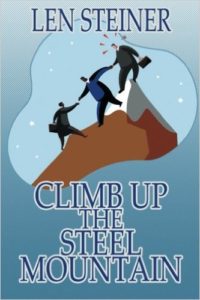 Kay was still alive and he had to save her now, right away. That was his duty as a cardiologist. He had read about the latest surgical procedures and went over them in his mind, but he had never really done one. Dr. Louis Stafford accomplished his first heart transplant and he prayed to God that it would be completely successful and his patient would live to a ripe old age.
Purchase links: Paperback / Kindle

(review request submitted by the author for an honest critique)
While I can appreciate the journey Louie had to take to become a doctor, the anguish of all the losses he’s faced, and the mental and physical pain he’s had to endure, this book was dry – slow paced and had me yawning at times. That’s not a positive sign when I’m reading it while the sun is still high in the sky.
I will say Len did a marvelous job with his medical research. However, other parts of the story were just as detailed and that’s where he lost me.
One section of the story, which I felt could’ve benefited from more details, was his time in Vietnam. This area was barely touched on. He was there and back home in a blink of an eye (or at least a few pages). It was a major part of his life downgraded to a blimp in time.
Positive notes: I liked no matter how detached his mother, Emma, was during his childhood and adult years, he still rescued her — from Andy’s drunken tirades and from money woes. Also, I did like the history lesson regarding Pittsburgh and the medical jargon. You never know, it might come in handy if I ever make in on Jeopardy.
Heart Rating System:
1 (lowest) and 5 (highest)
Score: ❤❤
Purchase links: Paperback / Kindle 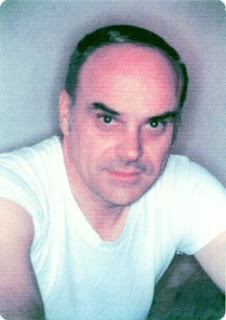 Len Steiner has a dynamic background. He is not only a fiction writer but worked 13 years in Saudi Arabia for a major company and was Program Director of the Saudi AF Air Defense Program. He is author of 15 short stories in the Poe genre as well as his medical novel, “Climb Up the Steel Mountain.” He has written for military and civilian publications including lyrics for two musical comedies. He had a short story dramatized on BBC World Service Radio. He has also won awards for his volunteering efforts. He is from Pittsburgh, PA and lives in Madison, AL. He is a graduate of The University of Nebraska.