The Right Way To Be Wrong by Tracy A. Ball (Book Review) 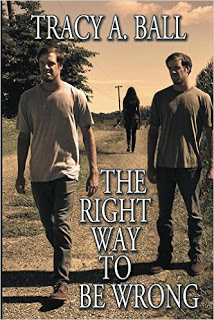 Being in love with Holden, one of the notorious Latche twins, has freed Cherry from her ghosts. Now, she wants to help everyone -with or without their consent. Her unyielding opinions influence every relationship on the Latche family farm. While her involvement may not always be welcome, at least her intentions are pure.

And that’s a problem.

Purity doesn’t work for Holden. Abstinence is not a part of his womanizing agenda. Besides, Cherry has two secrets too many as far as he is concerned. The lack of information about her family and her intimate exchanges with Eric– the other notorious Latche twin.

REVIEW
(review request submitted by the author for an honest critique)
After I read this story, all I could think is “Wow, my life is so boring compared to these people and thank goodness for that.” In this family, both genders stepped out on each other. Some more than others. At one point, the stepping out caused a paternity test which would’ve made even Maury Povich shake his head and yell out WTF. Mia (town hussy) slept with ever man on the farm — back to back. Seriously, I read that and almost threw up in my mouth. Just ewwww!
The drama didn’t end there. Then came the paternity results. SHOCKER!!
Did the excitement end there? NOPE. These people were made for Jerry Springer.
However when things finally calmed down, we got the HEA. Cue the applause machine!!
Heart Rating System – 1 (lowest) and 5
(highest)
Score: ❤❤❤ 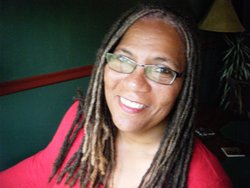 3 Responses to The Right Way To Be Wrong by Tracy A. Ball (Book Review)