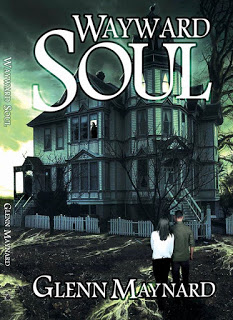 While visiting a psychic, Carter Spence and Brenda Raycroft’s reading turns tragic. The psychic touches them, suffers convulsions, and frantically runs into the street into oncoming traffic. Their fate is sealed in a coma and they must use any means possible to reach the psychic in the spirit world as they dodge deadly complications in an attempt for answers. They pursue the psychic’s message before she can die and take the answers they need with her. When the spirit of the previous homeowner returns, this haunting soul begins tampering with the comatose psychic. The sequel to Desert Son takes place four years after Carter and Brenda discover they are a couple reunited beyond the grave. The spirit world becomes intertwined with their own as they attempt to tap into these secrets to uncover disturbing truths about their fate in this paranormal roller coaster that will shake your soul.


GET YOUR PRINT OR
KINDLE COPY TODAY!!

“How about you…Wendy?” Brenda asked. “I bet you have your hands tied with twin boys.”

Wendy made a whistling sound, tilting her head forward so her hair flopped out of her bun and hung where her face had been. She then flipped her head back until her face returned, and her eyes grew in size. “Let’s just say it’s a full time job.” Wendy looked down at the boys who were just sitting and giggling quietly in their chairs as they played patty cake, unaware that the conversation was now on to them. “It was an extremely difficult birth.” She glanced over to the twins again as she said this.

“She almost didn’t make it,” Carl broke in.

“I made it, though,” Wendy replied. She looked over at the boys again. “They are identical twins,” she continued, “if you couldn’t tell. Billy and Willy. The only way that we can tell them apart is that Billy has a bottom tooth that is slightly crooked.”

“They’re twins and you named them Billy and Willy?” Carter asked. Brenda then shot him a look. His follow up question earned him an elbow to the ribs. “Isn’t that the same name?”

“Yeah, but they’re both a nickname for William,” Carter said.

Brenda’s look evolved into a laser. She could not believe Carter was having this conversation, but he just wanted to know the reason they named their twins virtually the same thing.
“We don’t look at it like that,” said Wendy. We look at it like Billy and Willy are two different names, and you’re actually the only one to challenge us on it.” She laughed a short laugh.

“Those names are adorable,” Brenda said. “Just look at them playing Patty Cake. Carter watched them interacting, then said, “Hi Billy and Willy!” The clock in the room seemed to stop. Billy and Willy still had their hands connected, but they both turned to look at the man who just called out their names. Carter looked around at the others at the table, but all eyes were on Billy and Willy.

He wasn’t even getting a smile out of the twins. They appeared to be sizing Carter up. They were staring right into his eyes without so much as a blink. Carter noticed that everything about them was the same; everything, including their blue eyes and blonde hair, right down to the bowl-cut trim. Head shape: check. Eye shape: check. Body size and shape: check and check. Personality: check.

Nothing was different. Carter was a bit taken aback, and smiled out of nervousness. Finally the tension of the room dissipated when the twins smiled back at Carter. Their wide grins were cute, but they also revealed identical smiles. Missing was the identifying bottom tooth. Carter could not find one difference between the two.

GET YOUR PRINT OR
KINDLE COPY TODAY!!
Also found on Goodreads
and SmashWords!

Glenn Maynard has a Bachelor of Arts degree in English from the University of Connecticut, and a degree in Communications. After spending 4 years living in Denver, Colorado, he returned home to Connecticut and now resides in Wethersfield. He has a 14 year-old son named Andrew. He was a travel correspondent for three newspapers while traveling through the United States, Canada and Mexico during his one-year journey. He had a total of twenty newspaper articles published. His story was captured on the evening newscast upon his return.