Brandi really means it when she says “Oh, you shouldn’t have” to her sister’s outrageous birthday gift—a five-day dream vacation to a lovers’ retreat…lover included. Just what is she going to do in paradise with sexy stranger Sebastian Sinclair? Anything and everything she wants.

Josie Jackson was growing tired of a constant stream of yawninducing blind dates, courtesy of her dear, meddling sister. But Nick Harris wasn’t the stuffy, straitlaced workaholic that Josie had come to expect. In fact, he was just the opposite—tall, dark and ready to give little Miss Josie Jackson a night to remember. 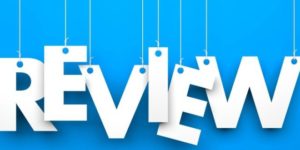 In both stories, the couples fell for each fast and neither couple opened up to the feelings right away. But isn’t that the way in real life (at times)? One person (or both) are too afraid to own up to their feelings for fear of rejection, nerves, etc.
Even though I liked the major players in the two stories, I have to say without Gramps part in “Tantalizing”, I think I would’ve had enjoyed it as much. That old man was a sly fox who still had “game”. Oh yeah, Gramps “got his groove back”. 🙂
Heart rating system – 1
(lowest) and 5 (highest)
Score: ❤❤❤❤
Amazon Kindle Link
Amazon Print Link