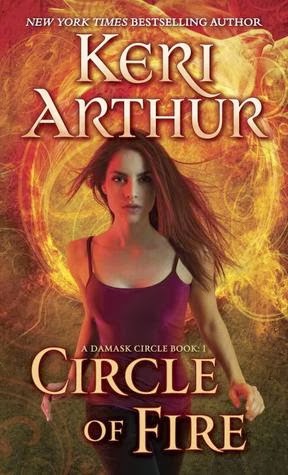 Sixteen teenagers taken from their homes. Eleven bodies recovered, each completely drained of blood. Some believe vampires are responsible, but Jon Barnett knows it’s something far worse. To stop the killers in Taurin Bay, he becomes enmeshed in a web of black magic and realizes he needs help. But fate gives him only one choice in the form of recluse Madeline Smith.

Madeline Smith has retreated to an isolated farmhouse, afraid of the psychic abilities she can’t control–abilities that have killed. But when “ghost” Jon Barnett brings a warning of danger and her nephew disappears, Maddie has to leave her haven. She also has to learn to control the abilities she fears and place her trust in Jon Barnett, a man who is neither human nor ghost.

But as the search for the teenagers becomes a race against time, and the noose of sorcery threatens to kill Maddie and Jon, the greatest danger to them both could be the feelings they have for each other–feelings that they refuse to acknowledge.

Like many of the readers who visit our blog, you’ve read one or half dozen shifter books. However, how many hawk shifter books have you read? Me, maybe a couple.
I think this was one reason why I couldn’t put the book down. It was refreshing to read a story dealing with something other than vamps or werewolves for a change. Now I am not knocking those books at all. I happen to love vamps and weres but like I said, this was not the norm and I welcomed the variety to a supernatural romance story.
Word of warning for those who like a lot of love scenes in their stories….. this book only had one. Keri wrote more about the longing to partake in the act, the emotions building between these two characters, than actually depicting the scenes in written format.
For me, I didn’t miss the sex and didn’t think the lack there of hindered the storyline at all.
Heart rating system:
1 (lowest) and 5 (highest)
Score: ❤❤❤❤