The Coriolis series is my first solo foray into the world of science fiction. I came up with the idea thanks to my addiction to Bioware’s sci-fi game trilogy, Mass Effect. (ME 3 is my favorite, for those who play.) In fact, the titular ship, the Coriolis, was loosely inspired by the Normandy, the ship in Mass Effect.
The first book in the series is ‘Distress Signal’ and it introduces the key crew members of the Coriolis, namely the captain, Carter Therres. Carter and his crew have been tasked to rescue a reclusive scientist from a research vessel that’s come under attack. When they find the man, Carter realizes there’s a lot more at stake than a single man’s life. The entire human military has been overthrown, and now Carter and the scientist–Dr. Ash Mracek–have to rush to save another man’s life.
I loved writing this book. I’m usually deep into paranormal or fantasy worlds, so venturing into space and the future was an exciting journey for me. Book 2–‘Kill Fee’–is due out in April. That one picks up right where ‘Distress Signal’ left off, and this time, the men are anything but easy to deal with. One is Joren, the man Carter and Ash rescued in book 1, and the other is Morgan Reid, someone Joren never thought he’d ever see again. Morgan and Joren are like oil and water. Getting them to play nice in the beginning was an exercise in patience.
I’m now working on book 3, ‘Silent Running,’ which is due out in June. This one is a departure from my usual gay romance in a sense. It’s a menage, m/m/f, and involves Eric Kane, second-in-command to Captain Therres; Jordan Sawyer, the curvy female pilot of the Coriolis; and Major Kyle Cortez, a man who gave up everything and turned on his own government to save a group of children. It’s not my first m/m/f story (I have one other in an anthology), but it’s relatively new territory for me.
Anyway, that’s the inspiration behind one of my personal favorite series I’m currently working on these days. I hope y’all enjoy the books as much as I enjoy writing them! 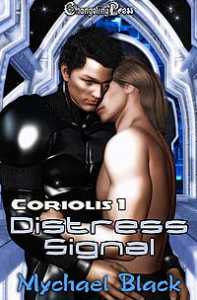 Best Book of 2012 Nominee – Love Romances Cafe
In 2207, humanity is the dominant force in the galaxy. The Syndicate governs the humans, and its leader, Joren — a former Marine sharpshooter — oversees it all. When enemies attack a scientific research vessel, the SRV Maelstrom, Joren sends friend and fellow Marine Carter Therres to rescue an enigmatic and somewhat antisocial professor. The situation quickly spirals out of control, however, and soon the three men find out just how fast the mighty can fall.
Captain Carter Therres doesn’t know what to expect aboard the Maelstrom, but it sure as hell isn’t the gorgeous man waiting in the maintenance ductwork. Ash Mracek is unlike other men Carter has known, and the scientist’s past involves something much more sinister than the Academy bombing for which he was framed. Now it’s a race to save Ash — and possibly Joren — before their enemies can take them out of the picture for good.
Kindle Purchase Link 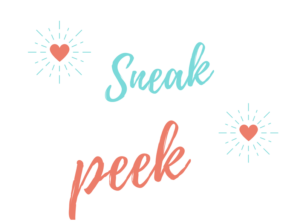 The Hilasah Sector. What the hell was so special about one scientist that the Syndicate would spend precious resources keeping him safe in no-man’s-land? And why in God’s name did the Revenants attack a scientific research vessel at all?

Carter didn’t like the sound of this. He slipped into the communication room and waited until Joren came into view on the holo. “Talk to me.”

Joren grimaced. “I knew you wouldn’t let this go without more.”

“I’m going to get him, but I want to know why the hell Revenants want this man dead so bad.”

“Dr. Mracek has been researching the key to how Revenants survive in dark space, and how we can use that against them. He’s found something, but then the attack happened. The whole station’s gone silent.”

Carter sighed. “No wonder they want to kill him. What’s this about blowing up the Academy years ago?”

“Dr. Mracek was a professor there, but some of his colleagues felt he had too much sway. Someone set off explosions that leveled an entire research wing and blamed it on Mracek. The professor was in another area and the original saboteur was caught, but others sought to make the professor pay for one of their own going down. We had to get him out. Carter, Mracek hasn’t been around humans since then. His only contact has been with me via holo. I don’t know what kind of reception you’re going to get, but don’t let him die.”

Carter switched off the holo and went back to the bridge. He stood near Jordan, watching out the window while his pilot took them into the unnervingly quiet sector.

“We’ve got one scout and three raider ships, all docked.”

“Fuck. Okay, get us close enough for the transport.”

Carter signaled to several of his soldiers who had already suited up in their armor and gathered outside the elevator. He led them down to the shuttle bay where they all grabbed their weapons. Then they loaded onto the transport. Carter took the pilot’s seat, and within a few minutes they had left the Coriolis and were nearing the Maelstrom.

“Jesus,” one of the soldiers, First Lieutenant Kane, muttered. “They really tore this place apart for this guy.”

Carter managed to maneuver the transport into a docking bay, slipping through the airlock barrier without detection. He had the feeling the Revenants weren’t too worried about backup. Hell, from the looks of things as he and his men stepped out of the transport, Carter figured the Revenants didn’t plan on leaving any soul alive.

“Three that way,” he ordered, pointing to one passage. “The other two, with me. We need to find the professor and get the hell out of here.”

The hall leading out of the docking bay emptied into a room that looked like a scene from a horror movie. Blood coated nearly every surface, and bodies lay strewn all over the room. Carter crouched in front of one — a Tessi, by the looks of her.

“Fuck, what did this doc do to piss off the Revenants?”

“Long story,” Carter said. He stood and surveyed the room. “Escape pods, though none have been fired. Fan out. We need to find –”

A soft thump high on the wall drew Carter’s attention to a grated cover. “Maintenance,” he muttered. He motioned for his men to watch the doorway. Then he approached the maintenance shaft.

“I’m Captain Therres, Local Marines.” When he didn’t get an answer, Carter continued. “We’re here on behalf of the Syndicate.”

Another bump sounded a little louder, and a face appeared behind the grate. Carter couldn’t make out the features, though it was definitely a man. A moment later, the grate wiggled and swung open. A slim man with a long, light brown braid and wire-rimmed glasses dropped to the floor with surprising grace.

“Scared?” The man whirled around, and Carter barely managed to keep his jaw from hitting the floor. Scientists weren’t supposed to be sexy. Were they? “Scared? My entire staff is dead! Revenants are tearing apart my station! Buddy, scared doesn’t begin to touch it!”

“Hey!” Carter grabbed the man’s shoulders, realizing — belatedly — that the man was armed. An arc pistol pressed to Carter’s stomach. He glanced down, then back up into wild hazel eyes behind those glasses. “I’m not the enemy.”

“I’ve had more than my share of humans as enemies.”

The man — the professor — nodded, the motion jerky.

“We’re here to rescue you. Joren sent us.” 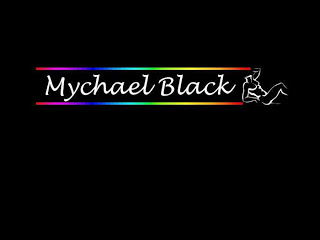 Myc has been writing professionally since 2005, solo and with Shayne Carmichael. Genres include pretty much anything (no steampunk yet), though Myc is well known for paranormal stories. When not writing, Myc is usually playing PC games, reading, editing, watching movies and shows on Netflix and Amazon, or spending way too much time on Facebook. Since the question has come up in the past, pronouns are not an issue. Myc is bio-female, mentally male, 100% genderfluid. So any pronoun works!
Website Link