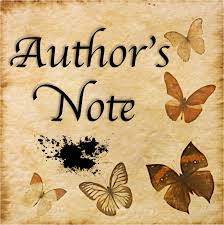 When I wrote this story all maturity went out of the window. So I decided to replace it with a little humour, drama, romance and a few naughty little sex scenes. If maturity is what you are after well then I’m afraid you’re not going to find it in here. Life can be all too serious. So instead I have engaged the exposure that I myself and my friends have endured during our lives and turned them all into a fictional romantic comedy. Apart from the immigration scam I could say that probably 95% of this story has been based on factual events and I’d like to share them with you.

This story begins on the morning of the wedding and Sarah is preparing herself diligently. It seems as tho she pays so much more attention to her vanity than she does to her circumstances.
This story is told in the first person sense, through Sarah’s eyes. 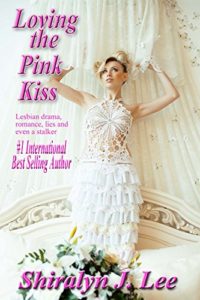 
Sarah Niles is 21 years old and the kind of girl who loves to party till dawn and shag Jake. This is just a guy that she sees on the odd occasion and has no intention of getting into a so called proper relationship with him. She also likes to slip into a deep drunken sleep every Friday night after dancing away to her favourite music at her favourite night club. Her lifestyle although not boring had become typically routine and Sarah was beginning to feel as though she needed some excitement in her life to keep herself from growing insanely dull. Even though she holds possession of pristine looks with her mousy blonde hair, hazel green eyes and the softest pink lips she knew that she was missing out on something but didn’t quite know what.

Jessica is her best friend of many years. She has recently been informed by one of her work colleagues Debs that she knows of someone in desperate need to stay in the country. This person Robbie is a Canadian and has amazing blue eyes and a really nice smile apparently. Robbie has a limited time to stay in the country before being asked to leave, courtesy of her majesties service. So a plan (more like a scam) was set in place and that marriage to anyone willing to do the task would be an immediate solution to ensure a guaranteed postponement to Robbie’s current situation.

This is where Sarah stepped in. Not just to look like the big martyr because the five thousand pounds payment that had been put on offer took precedence over that, but for the sheer fact that she simply could just do it. But please bear in mind that she was completely pissed out of her tree when she so politely put herself on offer to be the dutiful wife and missed out on a few important facts about Robbie. This information will become a little clearer when you first meet her spouse to be.

Sarah didn’t have to lift a finger when it came to making any preparations for the wedding either as Debs had taken complete control over everything. She had arranged the registry office and the date and all Sarah had to do was show up on the big day. She hadn’t even met Debs in person herself yet as all details had been passed on via Jessica. And to be honest Jessica hadn’t actually known Debs for that long and didn’t really pay too much attention to her at work, just the odd occasional hello as they passed each other in a corridor. It just so happened that they got into an in-depth conversation during a fire drill one morning and because of Jessica’s love of juicy gossip, she and Debs went out on a drinking session. Debs told her everything about Robbie as they drank themselves into oblivion. And whilst we’re on the subject of Jessica, she too has the knack for ignoring the important details which gets us to the reason why Sarah is soon in the position that she is about to be placed in. But even Sarah didn’t care about the minor details because if she had listened a little more carefully she would have been clued in to the incredible journey that she was just about to embark on.