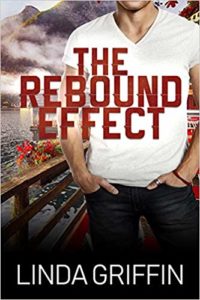 In the small town of Cougar, struggling single mother and veterinary assistant Teresa Lansing is still bruised from a failed relationship when Frank McAllister sweeps her off her feet.

Frank is a big-city SWAT officer who moved to Cougar only four months ago. He’s handsome, charming, forceful, very sexy, and a bit mysterious. He had his eye on Teresa even before they met and is pushing for a serious relationship right away.

Teresa finds his intense courtship flattering, and the sex is fabulous, but she doesn’t want her deaf six-year-old son to be hurt again. Her former fiancé cheated on her when he got drunk after being unjustly fired, but he loves her and her son, and the whirlwind romance is complicated by his efforts to win Teresa back. 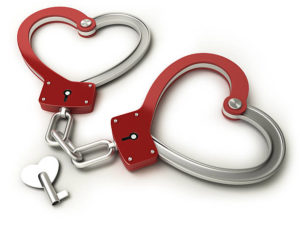 Frank McAllister was a controlling a-hole!

He proclaimed he didn’t want to push Teresa but that’s exactly what he kept on doing.

Date 1: He asked to meet her son and kept asking even though she said it was too early. He repeatedly brought up her exes despite how uncomfortable she was regarding the topic. He also offered to help her financially because money means nothing to him since he had a lot of it.

Date 2: He paid the babysitter despite Teresa stating firmly “No — that’s my job!” He tried to convince her to have sex with him and again brought up her ex when she repeatedly declined his advances.

Date 3: He asked to take her and Aiden away from the weekend. She said no. He then said just the two of them could go. As a parent, I would never leave my child with a sitter for the entire weekend. Maybe some single parents would if they were dating a person for a long while but definitely not after only a few dates.

Weekend trip: Again, Frank was a pushy a-hole. She didn’t want a new cell phone. Teresa didn’t want Aiden to have a cell phone since he was only 6 but her protests meant nothing to Frank. He also insulted her best friend Alix and  Alix’s daughter.

I could’ve expressed my feelings regarding the other dates but it’s obvious I am not a fan of Frank. Really, I can’t fathom why Teresa agreed to a second date or a third date, etcetera, etcetera.  Seriously, it doesn’t take a genius to realize Frank is unhinged, mentally unstable. However, it did take a lot of willpower to continue reading this book. Sadly to say, I didn’t find it entertaining and I wasn’t surprised by what became of Frank.

The only bright spot of The Rebound Effect was Aiden, Teresa’s son. He was adorable and proved extremely helpful when it mattered most.

Linda Griffin is a native of San Diego and has a BA in English from San Diego State University and an MLS from UCLA. She retired from a position as the fiction librarian for the San Diego Public Library in order to spend more time on her writing. Her stories have been published in numerous journals, including The Binnacle , Eclectica, Orbis, and The Nassau Review. The Rebound Effect is her second novel from The Wild Rose Press. Seventeen Days was published in October 2018. She enjoys Scrabble, movies, and travel, as well as the three R’s—reading, writing, and research.