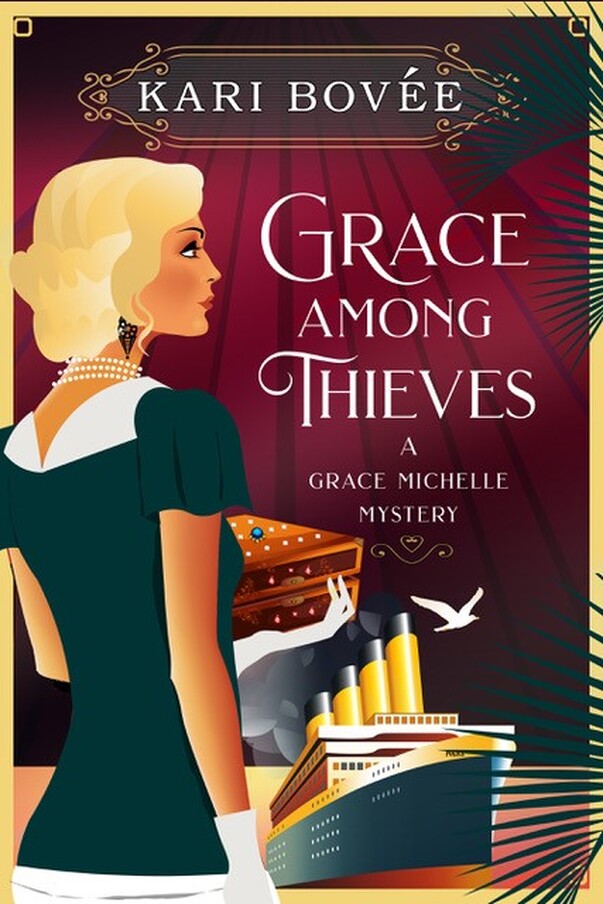 A priceless heirloom worth its weight in lives. Can she crack the case before she becomes a killer’s trophy?
Hollywood, 1924. Grace Michelle’s professional star has risen. Now a successful costumier for a major studio, the ambitious woman has just about everything she wants. But when the father she thought was dead reaches out to reconnect, the talented designer doesn’t know what to think… especially after his new wife is kidnapped.

Discovering her dad is mixed up with a stolen Russian artifact, Grace puts her sleuthing skills to work to rescue the abducted lady. But with a famous actress murdered in connection with the missing valuable and a man she put away stalking her for revenge, the frazzled amateur detective fears getting to the bottom of this crime will leave her six feet under.

Can she hunt down the treasure before it bankrupts the lives of everyone she loves?

Grace Among Thieves is the nail-biting third book in the Grace Michelle Mystery historical series. If you like bright-but-beset heroines, breathtaking twists and turns, and the glamor of a lost age, then you’ll adore Kari Bovée’s riveting tale.

In Grace Among Thieves (A Grace Michelle Mystery) by Kari Bovee, the bodies keep piling up. Grace agrees to put on her imaginary detective hat and solve multiple cases, but maybe she shouldn’t have. With danger lurking close to home, she should reconsider sticking with her day job. I don’t think Grace ever will, though. Luckily, she has friends and family who lend a helping hand and watch her back. Heck, Grace even has the undead assisting her. Not zombies —just spirits. 🙂
When she’s not solving crimes or designing costumes, she runs a foster home with Chet. When you open your home to foster children, you must prepare for turbulence. There was plenty of drama between two foster boys — Daniel and Stevie. Stevie is the latest child to join the ranch, and he has baggage, as most foster kids do. The scenes featuring foster life added depth to the story.
The drama that unfolded on and off the ranch did reach a happy resolution, which might not be a shocking revelation. Speaking of shocking revelations, Kari Bovee delivered quite the humdinger! This surprise development raised the score a bit. Why? Cause who doesn’t love the unexpected (when it comes to mystery novels)!