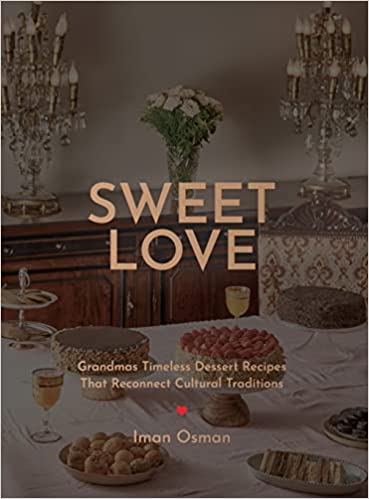 Sweet Love is a compilation of classic desserts handed down from one generation to the next. It is the way Iman’s family connect, sharing and making new memories. The intention behind this book is to revive bonding, love, appreciation, and connection throughout generations of families through the love of baking. 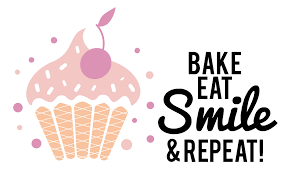 “Sweet Love is a compilation of classic desserts handed down from one generation to the next. The intention behind this book is to revive bonding, love, appreciation, and connection throughout generations of families through the love of baking.” – Iman Osman

The author’s intent with Sweet Love is to bring her kids and her mother together over our shared love for food, for the timeless desserts that her grandmother has passed down to them. I couldn’t wait to see what seasonal and nonseasonal desserts Iman had shared.

Iman Osman did not only offer recipes; they also shared tips. For starters, they instructed readers on what to use in place of ghee, how to properly cut and store a vanilla bean, and dividing a cake. As a fan of cooking and baking shows, I’ve seen bakers (professionally and home cooks) attempt to do the perfect split. I haven’t tried it myself, but I think it’s time to try it using Iman’s instructions.

Iman Osman’s family recipes look divine. Oh, how I wish I could reach inside my laptop and pull out the beaters. I bet the chocolate ganache tasted delicious.

My family loves raspberry jam, so I know they will be thrilled if they see me making fresh jam for them. With only three ingredients, the recipe will be easy on the wallet. Since I have never made fresh jam before, I appreciated all the “Tips and Tricks” and the storing information.

The “Linzer Cookie” also looked yummy and activated my sweet tooth. I will have to try it this winter. Thank you, Iman, for the “How to assemble a Linzer Cookie.” You took the guesswork out of the process!

There are numerous mouth-watering recipes in Sweet Love. Chocolatey, fruity, custards, pudding, biscuits, cheesecake, cookies, nutty—Iman has that and much more!

This book contained recipes for desserts that I have tried before in my home and through travels. It also had desserts I’ve only seen on television and longed to try, such as “Granita” and “Kunafa.” With Iman’s how-to images, tips, and suggestions, I feel empowered to take them all on. My family will thank you; my waistline, not so much.

Sweet Love is the perfect book for any time of year. So, grab your apron, and let’s serve something sweet for your family tonight! 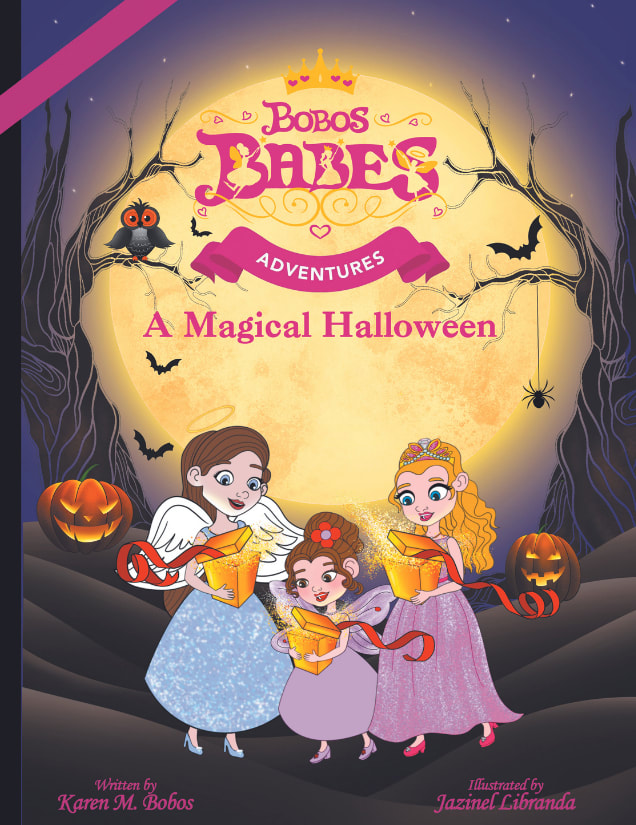 It’s Halloween time in the land of Harmony, and the Bobos Babes are ready for some fun!

When Angel Scarlett, Fairy Cora, and Princess Daphne visit Lily the Ladybug’s Boutique to look for Halloween costumes, they find Lily has left aside three special masks for them. The ladybug informs the sisters that they must wait until noon on Halloween to try on the mysterious masks but assures them they will have the best costumes in all of the land of Harmony.
The sisters can hardly wait, counting down the minutes on Halloween until they can don their curious masks. When the time comes, they learn their secret masks are enchanted, and the girls are magically transformed into the costumes of their dreams.

​After a fun outing Trick-or-Treating, the little monster, witch, and ghost — or sisters — agree that this was the best Halloween of all.
Buy the Book
Amazon ~ B&N
Bobos Babes 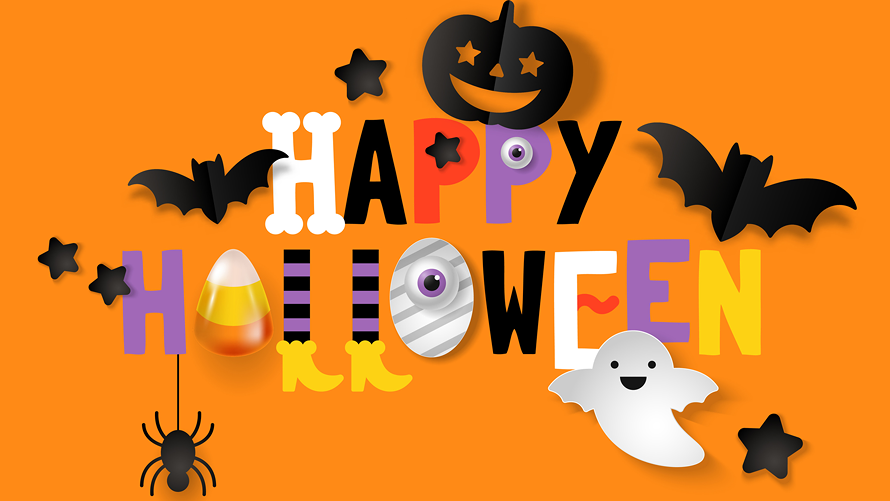 I received a complimentary copy of this book from iRead Book Tours. I voluntarily chose to read and post an honest review.
Children love Halloween. They adore selecting a costume, the excitement of getting candy, the decorations, and watching their loot grow with each knock on a door.
While most kids can’t wait to dig into their stash, first, they must select what to wear on the spookiest night of the year. If your child is like mine, they start planning months in advance and change their mind about a thousand times.
However, when the big night comes, they wake up and immediately dress up. Halloween allows their imagination to flourish, and it’s a magical day and night.
Bobos Babes Adventures: A Magical Halloween by Karen Bobos made Halloween an even more magical event by allowing the sisters to transform into whatever mask they chose for the evening.
Imagine if a kid put on a Hulk mask and then became the Hulk. I can already see my daughter transforming into a little Loki. 😀
If you’re like me and love reading holiday stories with your child, then I highly recommend picking up Bobos Babes Adventures: A Magical Halloween. The story is cute, and so are the illustrations. We especially liked the blue monster covered in pink dimples. 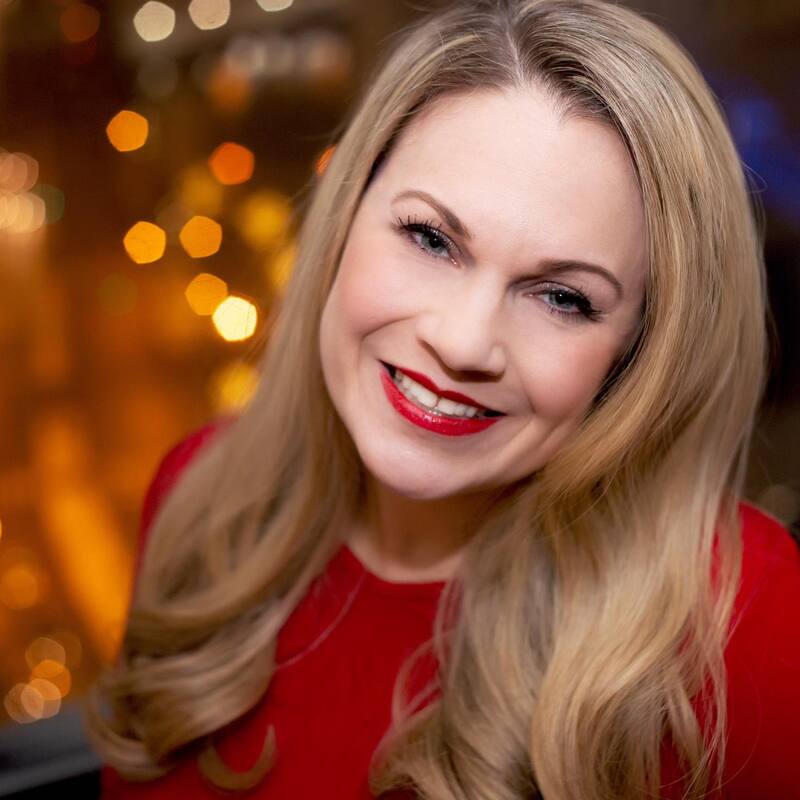 Bobos began writing poetry and stories at the early age of ten. She is a life-long Chicagoan who now raises her family in the downtown area. During the 2020 Coronavirus Pandemic, Chicago also became a city of unrest. Trying to keep her three young daughters in a world of magic during such scary times, the Bobos Babes Adventures were born. Her goal was to create a world of Harmony for her family and hopefully for others to escape, even if only for a moment. The first book of the series, The Case of the Giggles, was published in December 2020. The Missing Egg launched in March 2021. The The Lion’s Secret was published in June 2021, a tribute to her mother and late father’s incredible love story.  The Lovey that Came to Life and The Bobcat Birthday party will be releasing in the upcoming months.​ 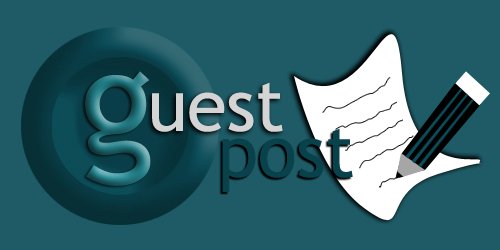 Creating a Harmonious World During a Life of Chaos
My family lives downtown Chicago. You can literally see the John Hancock out of our dining room window. During the beginning of the pandemic, we spent months in our condo without a balcony. I was definitely feeling cabin fever once we hit week three of not leaving the house.
fIn May 2020, Chicago became a city of unrest. With the protests and riots directly out our front door, my husband and I packed up the family and escaped to my mother’s home in Northwest Indiana. We had one goal in mind: keep our daughters in a magical, beautiful world when the real world was in a state of chaos.
Once we arrived at my mother’s home, I worked night and day to clean her unfinished basement. Then I covered her walls with white rolling paper and put pink plush throw rugs on the floor. Living in a condo, we don’t have a basement or separate play area, so I wanted this to be incredibly special for them. I bought my daughters a pretend store, a little play coffee shop, and a cute kid’s pop-up ice cream shop. I designed signs that said Daphne’s Dynamite Deals, Scarlett’s Sweets, and Cora’s Coffee Shop. I put a Disney Barbie house in the corner and bought princess wall applications to stick to my white paper walls. I made a little lounge area and put tons of books for them relax and read. In the center, there was a little pink and white table. In the back of the basement, I created a little art studio for the girls to be as creative as they liked. At the entrance of it all, I put a sign that said “Bobos Babes’ World,” and we surprised the girls with this fun world to play in when the rest of the word was at a standstill.
My wellness company was barely operating. While I probably secretly cried most nights living in fear of the unknown, this was my outlet. Not only was this a project of making “Bobos Babes World” for the girls, but it a huge distraction for me as I wondered what was to come of our life and my career.
About a month later, I wrote “The Case of the Giggles” as a night time story to entertain my girls. They were the main characters with magical powers. My dad, who passed in 2016 was a main character and so was my mother. I made our Bernese Mountain dog, Luke, who is abnormally large for the breed, even bigger in my story. The girls rode him all over their magical land. The magical land was called Harmony because I desperately needed to have this land be somewhere where everyone co-existed and got along. We craved a land filled with love especially with what was going on in the world. Scarlett suggested that I write a new story every Friday. Her deadline was just the motivation that I needed to get my Bobos Babes Adventures on their way.
So that’s how the Bobos Babes Adventures started. But the best part is, if you ask my daughters about the pandemic and all the chaos that happened in 2020, they just remember our entire family at Gigi’s house, playing in her backyard, running through sprinklers, playing in this magical world their mom created for them in the basement and getting a new story every night starring them. Mission accomplished.
connect with the author: website ~ facebook ~ instagram ~ goodreads 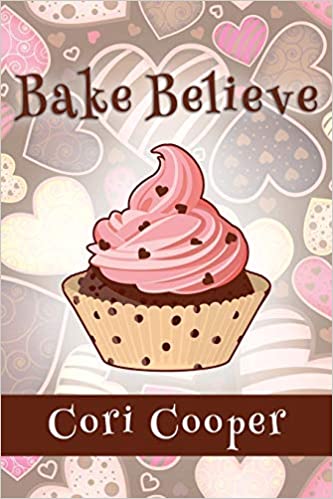 Can it be real? Or is it bake believe?

All Cat Anderson wants out of life is a circle of friends to giggle with and a few cute boys to flirt with. Her first day of eighth grade is looking perfect—until a scheduling mishap places her in a culinary arts class.

Food, it turns out, is a very big deal. In her family there is a secret, too big to stay hidden any longer. A secret too fantastic to be real. Something happens when Cat bakes. Something impossible. 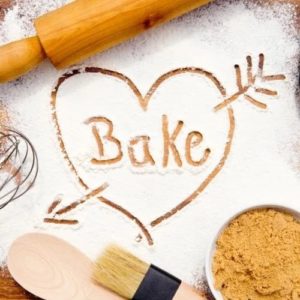 I adored Bake Believe by Cori Cooper. The cute foodie titles weren’t just for show. Nope. Almost every chapter contained a recipe: “Homemade Bread” – “Brownies” – Sugar Cookies” and a dozen more mouth-watering delights. While the recipes were incentive enough to read the book, it also contained drama, humor, and a heaping spoonful of magic.

According to Amazon, Bake Believe is marketed towards teens and young; however, this forty plus woman found it highly entertaining. It reminded me of the teeny-bopper movies I would watch in my younger years.

I encourage anyone from pre-teen and up to read this book. Then, start baking! Just make sure and cook while happy; you don’t want to chance pulling a Cat. (That will make sense after you read Bake Believe, so read it!)

Cori Cooper lives in the magical Arizona Mountains, which she’s pretty convinced is the setting for all the fairy tales.

Besides writing stories, she adores hanging out with her family, playing board games, hiking and baking, baking, baking. Like Cat’s family, she’s positive Cinnamon Rolls fix everything.