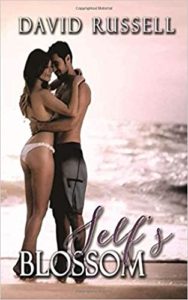 Intelligent, a university graduate and a successful careerist, Selene became emotionally scarred by unhappy relationships. Riled and taunted through the years by her former college roommate Janice, Selene gave in to the long-term desire to ‘get one back’ at Janice by having a passionate holiday encounter. Immediately drawn to the sea and enthralled by its brutal yet sensual waves, Selene seduces a young boy on a deserted beach. Once she comes to meet the mature and powerful Hudson, Selene finally begins to claim her sensual destiny.

Through a slow process, accentuated by Selene’s shyness, introspection and circumspection, she embarks on a long and elaborate interplay of leading on and rejection. The volcanic passion builds until there is a blazing row. A possible drowning, the final ritual undressing at long last, leads to the ultimate flowering of the woman Selene was meant to be.

Included in Self’s Blossom are: Blossom Reburgeoning Selene, a little older but still well-preserved, decides to retrace the steps of her holiday. Up-to-date in spirit, she procures a companion through the Internet, and in the key scenes, she opts for alternatives to the choices she made on her first expedition. She feels enriched by her experience, and her sense of satisfaction removed her inhibitions from expressing her bisexuality.

Spatial Dimensions Selene becomes so fascinated by the Moon Goddess that bears her name, that she imagines and wills herself into becoming a goddess, to go on an etherial quest, embracing space and time travel, with concomitant ecstatic fulfilment.

As the sky turned a deep purple, seared by the moon’s beaming clarity, Selene’s room expanded. The walls pulled back, the ceiling rose, and the floor lowered to make a gigantic suite, richly carpeted and curtained in the deep, late twilight. There were lots of tables and cupboards but plenty of room to manoeuvre. With a flourish of the deep-green curtains, her young, slim, tanned lover tiptoed in through the balcony window, wearing khaki shorts and a white singlet. Selene unbuckled the shorts and pulled them down, stripping him down to black bathing trunks so that he, in style, could help her off with her rustling, glistening, shimmering ball gown. With gentle, knowing hands, he undid her back zip and then turned to face her. He unclasped the waist to part the airy dress until gravity drew it down to caress the carpet as a parabola, a floral parachute. Two-way unrobing, active and passive interlocked by two pairs of deft hands, while in the background, in reverie, water lapped, linking dream and wakefulness. Dreams can be worked out and realized, she thought. If things are well prepared and drawn out, the most could be made of them. The way could be paved for every touch. Grateful for her full wardrobe, Selene could hold herself in reserve until the time was ripe. She knew how to take her time with what she did and what she showed, control it all completely. Full-dress, half-dress, undress―all the garments she had she could use to draw, to thrust, and to parry. Let nobody approach her who was not adequate, nor let anyone fail to respond to her or cool his response in a way she did not care for.

All these thoughts invigorated Selene, and a full-length mirror called her to practice her postures. The negligee fell aside. On went her dark-blue, lacy underwear, a pale-blue slip, and over it, her evening dress. She moved around gently, making the dress rustle, then swirled on her left foot. The skirts rose high; her shapely limbs feasted her eyes at three angles. After the rise and fall, she undid it with ease, stepped over it to avoid crushing and picked it up and returned it to its hanger. The underwear was laid neat and flat on the bedside chair. Irons and airing cupboards could singe and scald if turned up too high, but within their limits, they formed a prelude and a backdrop to the finest caresses.

As the neon-looking sunray lamp played with her skin, thoughts of him wafted again into Selene’s mind. Whoever it was, she sensed that she had seen him already without fully registering him. At this very moment, he must be surveying himself in an identical mirror―slender, muscular and lovely, proud and supple in his new trunks, making ready for the hotel pool or for the private beach, to meet for their first tense introduction in undress. A telepathic answer must be given to that gesture. Selene snapped off the light―not wishing then and there to see herself fully nude in the mirror. She dived into the drawer, reaching for her mauve, one-piece bathing costume. This she pulled on, feeling an exhilarating double sense of revelation and concealment. On went the light again. Now she would be the adjudication panel of her own beauty contest. The costume smoothed the curves and magnetized what it covered. Her exercising had paid off. Her beauty was near completion in her own eyes. Tomorrow, maybe, the real process would begin. She changed back into her negligee, accepting its allure and functional comfort. Tomorrow she would appraise the selection. There were, perhaps, different standards of men fitted for affairs of briefer or longer duration―a sliding scale of transitory compatibility. 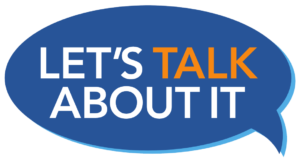 Mimi Barbour, Amazon Reviewer, 4⭐
In ‘Self’s Blossom’ our heroine, Selene, is on a journey both literally and figuratively. She’s very introspective and by David Russell’s eloquent prose style of writing, we get to feel everything she feels as she makes this journey of self-discovery. The words take one’s complete attention, no skimming allowed or you miss the essence of what the author is trying to say. The two heroes, both the young lad and Hunter the older fellow are well portrayed. But this book is really about Selene and her search. It is erotica – but not in any way the average type of sexy book you’re used to. This is poetry!

Born in the UK, 1940. David has been writing erotica since the mid-1980s. Published extensively in magazines and anthologies (including anthologies from Forward Press in Peterborough UK.