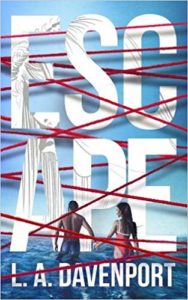 To escape first you have to set yourself free

John, a doctor grieving for the loss of his wife, is recuperating at a glamorous resort in the Eastern Mediterranean, where he falls for Jasna, a brilliant and beautiful young hostess. When she is brutally murdered, John is the only suspect.

To clear his name and find her killers, he teams up with Charles, the elderly hotel manager seeking justice for the death of his granddaughter. They are pitched into a ruthless world of people-trafficking, prostitution, drugs, mafia and murder, where life is cheap and no-one and nothing is what it seems.

Will they gather the evidence in time to stop the killers, or be the next victims in the seemingly endless cycle of violence? And can they trust the police, or are they part of the web of corruption that reaches into every part of life, trapping everything in its threads?

Escape is the debut novel by L. A. Davenport that plunges you into a darkly glamorous world in which John has to overcome his grief and obtain justice for Jasna and the women made victims of modern slavery. 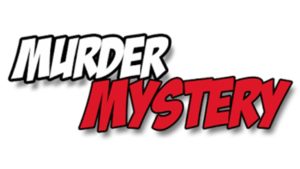 John, a recent widow, goes to a resort in the Eastern Mediterranean to get away from his sorrow. However, his escape from reality comes with dire consequences. The resort is serving more than fine food and drinks. The gang running the area has its hand in everything, and almost everyone is under their control. John isn’t though, and he proves to be tougher than anyone ever suspected. Petrov, the gang leader, sure did underestimate the middle-aged doctor (John).

Suspense, violence, mystery, love, friendship, and sadness… Escape sure had a lot going on.

As for the mystery aspect of this story, it wasn’t so much as who killed the ladies, but how would the gang be taken down.

L. A. Davenport broke up Escape into nine parts, with each section having three to eight chapters under them. I’ve read stories with 1-3 sections but never nine. Each part also began with Chapter One. That means, there are NINE of them. That seemed odd to me. Why start each part with Chapter One?! While the story was pretty good, this unusual setup seemed unnecessary and made no sense at all.

Now, let me talk about John’s love for his deceased wife. It was apparent her passing tore him up. He spoke to her portrait often. Yes, there’s no doubt in my mind he loved her, loves her still, but this is where things turn south for me. He fell in love with another woman, Jasna, quite soon after his wife died. He didn’t  know Jasna. Yes, she was a nice woman, but he didn’t really know the real her. I think he was confusing infatuation with love.

John also spoke of this ‘demon’ inside him, which wanted John to do bad things. I assumed the demon would come into play later on, maybe a surprise twist, but it did not. That was a bit of a letdown.

Even though I had issues with some details of Escape, I do love when the underdog gets the upper hand. If you do as well, then buy this book.