From Within the Light by C. Warner-Thompson (Book Review) 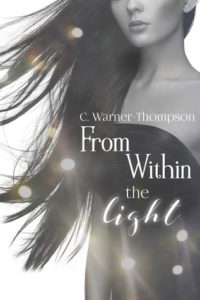 For hundreds of years, Light and Darkness have fought in a fierce and unrelenting battle.

Now that battle is reaching its final stage, they are calling upon their strongest warriors to search for the Vessel.

Cassie’s quiet life is shattered. Her family are taken from her and she is thrown into a world of chaos.

Why were they taken, what was the reason?

Is there something Cassie is destined to do? Does she have the strength to save them?

Her Guardian Angel has seven days to show her the Light.

Seven days to keep her safe, safe from the demons hunting for her soul.

Good versus evil — Light versus dark — no matter how you phrase it, there’s always a battle of some sort going on – around us and within ourselves. No man or woman is perfect and, it appears, no “angel” is perfect either. It’s an everyday struggle and, at times, the darkness will come ahead but then there’s the glorious days when goodness prevails.

In From Within the Light, the readers will watch the internal and external struggles of the dark and light battles. We shall see causalities, tears shed, and the possibility not everyone is truly gone (cliffhanger).

We also witnessed quite the HUGE REVELATIONS. Hint: One surprise made me think of the popular saying, “The enemy of my enemy is my friend.” Another bombshell had me saying, “Umm, I didn’t see that one coming!” (Chapter 21)

I will say for those who love non-stop action with hardly any quiet moments, then you’d hit the jackpot. However if you are like me and want a bit more smooth sailing moments to help you drift off in la la land , then you won’t want to read this before bedtime. Seriously, Clemy went from exiting the metaphoric starting gate to Mach 1 quicker than I could make supper. Again, not a terrible thing for those who want a little more bang for their buck.

For you action book junkies, Clemy definitely “brought it” when it comes to the battle scenes with the leaches and The Keepers. They were hardcore where anyone and everyone was thrown into the mix. 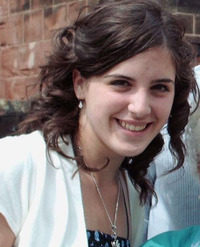 I live in the fantasy world just as much as real life these days. I self-published my first book, ‘Purest Light’, when i was 16, which is the first book of my first series, ‘The Sacred prophecies’. The 2nd and 3rd, ‘Darkest Regrets’ and ‘New Beginnings’, were released 2 years later, allowing me to start on a second, more in-depth, fantasy series. ‘The Star’ was released in 2012, with it’s two sequels, ‘The Mirage’ and ‘The Void’, following soon after. I am now writing my newest project which consists of two books. The first being named as ‘From Within the Light’ , which has just been released in October 2016, and ‘Even in the Darkest of Times’ which I have only started recently. I am looking forward to seeing what the future has in store for me 🙂