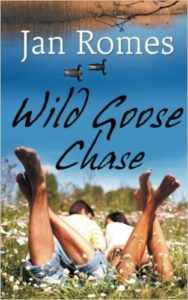 Olivia Pence has been a word-nerd and all-around geek forever, which didn’t exactly win her a ton of friends growing up. It did, however, snag the attention of a like-minded geek, Dezz Casey. Instead of becoming fast friends, Dezz became a competitive thorn. The rivalry continued through grade school, high school, college, and now as co-workers for Brilliance magazine. The most annoying thing – Dezz went from being a homely dork to six-feet-three-inches of hotness that infuriates Olivia to the point of madness. Their boss has had her fill of the chaos and orders a two-week cooling-off period where they’re to travel (separately) and find serendipitous situations to write about. Will the time away fix their work issues and their hearts? Or will it amount to a wild goose chase that drives them farther apart?
KINDLE PURCHASE LINK
PRINT LINK

(review request submitted by the author for an honest critique)
Olivia and I had so much in common it was hard not to connect with the character. She was a germaphobe, OCD, named her car, writer, and a geek. It was like Jan was writing about me, in my younger years. Even Olivia not realizing Dezz’s flirtatious banter was legit hit a cord with me.
Dezz, oh sweet Dezz. I can’t believe he waited and pinned for Olivia for 23 years. It took him until the age of 28 for him to finally make a play. Of course, Olivia didn’t believe his flirtiness was real because of their competitive relationship and how they goaded each other, often.
All it took for her to really see him for HIM was liquor. Not the healthiest way to start a relationship, but I digress.
Of course, once her eyes were open to the wonderfulness of Dezz, he still didn’t get his lady. Actually, she continued to hurt him, unintentionally.
However, through a mugging, flying underwear, toilet mishap, and much more, they did get their HEA.
Oh I should note, Jan, even though it wasn’t my phone that landed in the public restroom, I still went and sanitized my hands. TWICE!!
Even though I loved the humor, I had to give it a 3.5 rating. Why, you may ask?
Two reasons: A.) She’s 28, turned 29 and “intact”. It’s appearing too often in books lately and seemed unrealistic.  B.) In chapter 9, he claimed, “I don’t have sex with women I don’t love.” He wasn’t a virgin so who did he love before and why wasn’t that tidbit touched on before or after their near sexual encounter?
Besides those two hiccups for me,  it was a fun – flirty – and fabulous read!
Heart Rating System
1 (lowest) and 5 (highest)
Score: ❤❤❤1/2
KINDLE PURCHASE LINK
PRINT LINK 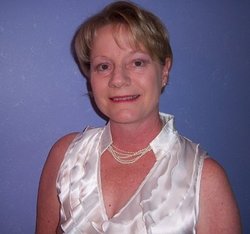 Jan Romes is a hopeless romantic who grew up in northwest Ohio with eight zany siblings. Married to her high school sweetheart for more years than seems possible, she is also a proud mom, mother-in-law, and grandmother. She likes to read all genres, writes witty contemporary romance and women’s fiction, enjoys finding new ways to stay fit and gardens even though she doesn’t claim to have a green thumb.