The Devil’s Own Desperado by Lynda J. Cox (Book Review) 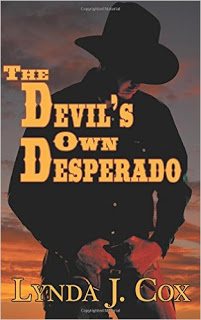 He’s everything she fears… Wounded gunfighter Colt Evans stumbles onto a remote homestead never expecting to find compassion. But beautiful Amelia McCollister is like no other woman. Suddenly, his dream of settling down with a wife and home is within reach–but only if his past never comes gunning for him. She’s everything he dreams of… Amelia had to grow up fast after outlaws murdered her parents, leaving her to raise her siblings alone. With a young brother who idolizes shootists, she dreads having a notorious gunman in her home. But as Colt slowly recovers, he reveals a caring nature under his tough exterior that Amelia can’t resist. Just when Colt starts to believe he can leave the gunfighter life behind, his past returns, bringing danger to them all. Can a shootist ever hang up his hardware? Or will their dreams disappear in the smoke of a desperado’s gun? 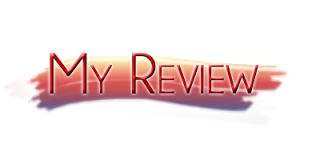 No matter if it’s 2016 or 1887, you never can escape your past. Some how, some way, it will rear its ugly head. In Colt Evan’s case, his past brought danger in the regards to gun-toting men looking to settle a score.

As you can imagine, with any good historical tale, there instances where men drew guns. One at a card game (beginning of the book) and another towards the end of the book (where past meets present). In both instances, Colt survived both battles. Sure, he might’ve sustained some damage but I didn’t really expect him to come away unscathed. You wouldn’t either, right?

Even though this book some tension filled sections, the rest of the story was mostly filled with tender moments. Amelia and Colt’s stolen kisses and lovemaking could only be described as sweet.

Jenny, Amelia’s sister, was so dang cute. I loved it when she smiled and, as a parent, it tugged on my heart to see her afraid. There was one scene, with her, that reminded me of an unforgettable moment in The Patriot (2000). I’m speaking of tear-jerker involving Benjamin Martin (Mel Gibson) and his daughter, Susan (Skye McCole Bartusiak). For those who’ve seen the hit movie, I think you know which scene I’m thinking about and can get a rough idea where I’m heading with my vague remarks regarding Jenny.

As for Saul, you can tell he’s going to grow up to be a fine gentlemen because he’s already a sweet young man.
Heart Rating System – 1 (lowest) and 5
(highest)
Score: ❤❤❤❤
Amazon Print Link / Kindle Link 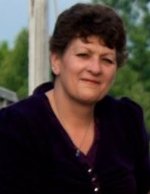 Lynda J. Cox will tell anyone who will listen that she was born at least one hundred and fifty years too late, and most definitely in the wrong part of the country. Her heart has always belonged to cowboys, the wide open spaces, horses, and Lassie. She grew up on a steady diet of cowboy movies, syndicated Westerns, and Lassie.
All of those influences play a role in her life now. She writes western historical romance and raises and shows collies. She holds a master’s degree in English with a concentration in creative writing from Indiana State University after earning her BA from the same university as a non-traditional student. (Think being old enough to be mom to 90% of the students in her freshman cadre.)
She’s kept busy with two spoiled rotten house cats, a 30 plus year old Arabian gelding who has been nicknamed “Lazarus” for his ability in the later years of his life to escape death, and quite a few champion collies.
When she isn’t writing, she can be found on the road, travelling to the next dog show. She loves to chat about books, the writing life, and the insanity which is called a “dog show” and can be reached through her Facebook page at Lynda J. Cox. (https://www.facebook.com/lyndajcox)
Twitter

5 Responses to The Devil’s Own Desperado by Lynda J. Cox (Book Review)